Concordia's got you covered, with the perfect podcast for every summer occasion
|
By Meagan Boisse 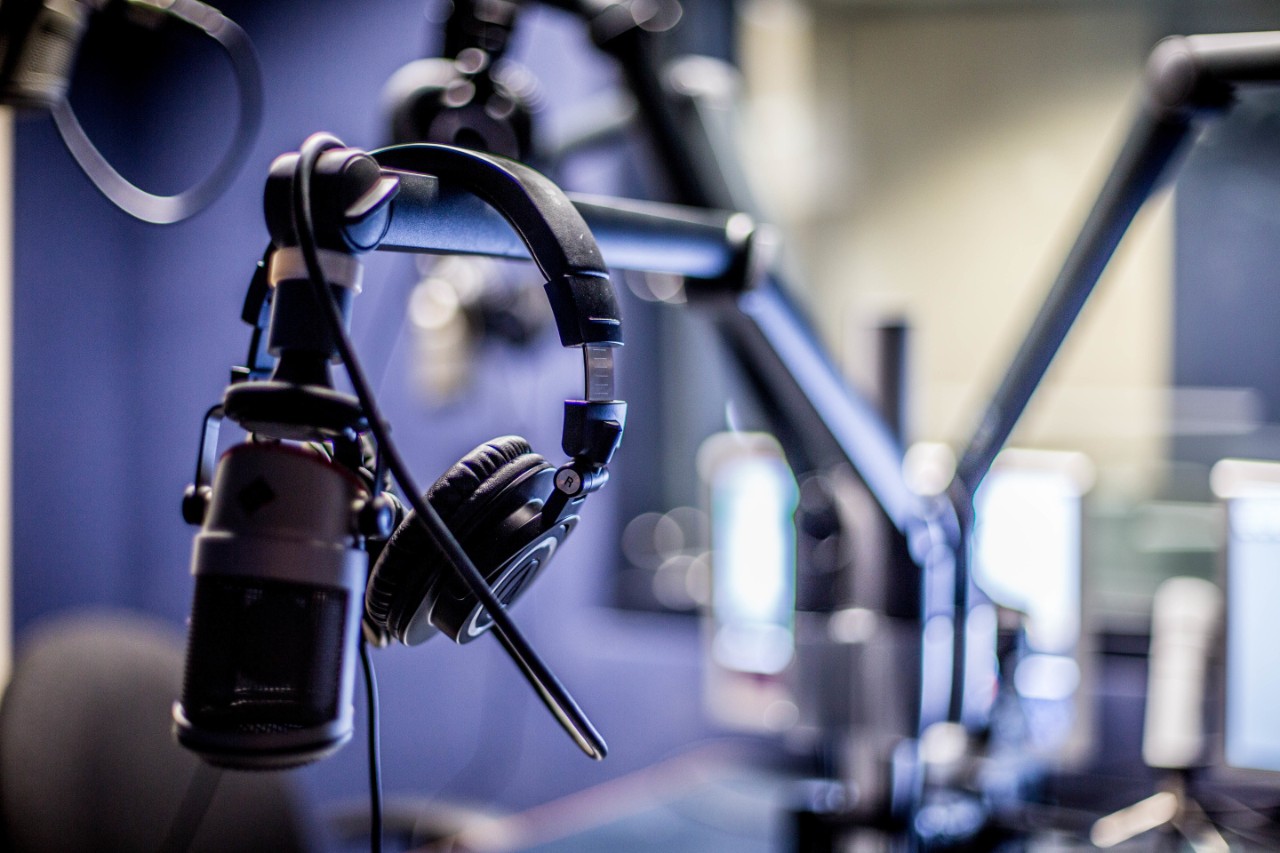 Summer’s just around the corner and as the days get longer and the temperature rises, it’s the perfect time to chill out with a good story. Discover something new this season with Thinking Out Loud, Concordia’s very own podcast series.

Each unscripted, half-hour episode aims to entertain, inform and inspire — connecting big ideas at the intersection of university research and public interest.

From comics about academia to the drag phenomenon, we’ve drawn up a list of cool listens to keep you company during the heat of the season.

1. While waiting out the heat wave

From -40C in the winter to +40C in the summer, Montreal is a city of extremes. When the sweltering humidity forces you indoors, instead of turning on Netflix, why not learn about what makes it revolutionary?

In “Future Small Screen -Talking TV”, Pulitzer Prize winning television critic Emily Nussbaum from The New Yorker and Joshua Neves from the Mel Hoppenheim School of Cinema bring you behind the binge to uncover what it means to make good (and bad) television, and how technology is shaping this evolving medium.

2. While relaxing in the park

As you sit on a bench and contemplate which new crime thriller to read next (a key item on any good summer book list), learn about the science behind the murder mystery with “Connecting the Dots: Crime & Chemistry”.

Author and forensic anthropologist Kathy Reichs, best known for her Temperance Brennan series, is joined by Cameron Skinner, professor in Concordia’s Department of Chemistry and Biochemistry, and PhD student Brigitte Desharnais. Together, they dissect the real science behind those forensic investigations we see in pop culture.

As you make your way up to the summit, tune into “Indigenous Cultures – Expression, Resistance, Resilience”. Award-winning singer/artist Tanya Tagaq and Heather Igloliorte, assistant professor of aboriginal art history, talk about the renaissance of Indigenous cultural expression, tackling stereotypes and what it really means to celebrate Indigenous communities.

Montreal Pride is one of the most colourful times of year and a perfect opportunity to learn about why “Everybody Does Drag”. In this episode, Irish drag performer and gay right activist Panti Bliss talks with Emer O’Toole, assistant professor in the School of Irish Studies, about drag, body hair and the politics of what we wear.

5. While you're out for an evening stroll

If you’re out walking in the neighbourhood, take some time to think about how the city’s design informs your experience of it.

In “Urban Futures – the City Designed” guest Ken Greenberg talks with Carmela Cucuzzella, director of Concordia’s Institute for Urban Futures, about the role of design in moving cities forward.

6. While enjoying coffee on the balcony

What’s better than sitting outside with a fresh cup of joe while skimming the comics section? In “PhD Comics” get to know Jorge Cham, the engineer and Stanford graduate who created the popular comic strip dedicated to the trials and tribulations of higher academia. Cham talks science, humour and grad school with one of his biggest fans, Paula Wood-Adams, professor and dean of Graduate Studies.

As you happily bake on the pool deck, tune into “Truth and Consequences” and get a bird’s eye view on what the future holds for a variety of fields.

From exergaming to diversity in film to new medical technology that promises to replace needles, Concordia’s first 10 public scholars give short breakdowns of their work so far and what’s to come.

8. While playing fetch with your dog

Skilfully throwing a Frisbee to your canine companion might not be enough to get you called up to the majors, but you can still revel in the possibility as you listen to “Up, up and away.”

From Jackie Robinson’s time with the Montreal Royals, to the unforgettable yet ill-fated Expos, Keri explores some of the games’ most legendary moments. He also discusses the future of sports journalism and the importance of following our dreams.