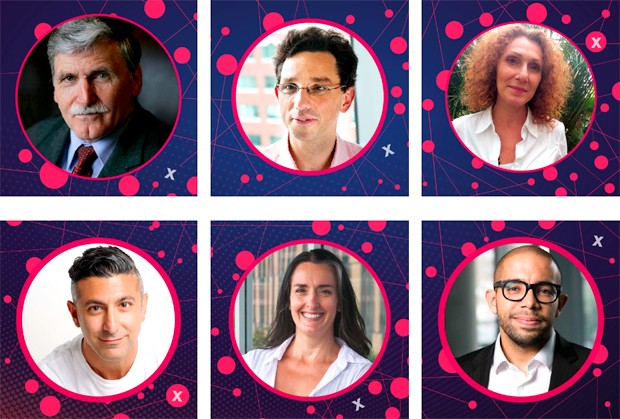 Ten speakers, two artistic performances and one networking cocktail. That’s the lineup for the 2017 edition of TEDxConcordia.

TED is a non-profit whose annual conferences have become synonymous with the term “thought leader.” Speakers present ideas that radically shift the way we think about a given topic. Videos of these presentations, known as TED talks, are posted online and regularly go viral, racking up millions of views.

TED talks have inspired many to put on similarly styled conferences of their own. TEDx is a program for cultivating TED-endorsed but independent, self-organized speaking events.

If you’ve always wanted to be in the audience for a TED conference, now is your chance. TEDxConcordia returns to Place des Arts on September 24, featuring Lt. Gen. Roméo A. Dallaire.

Given a commitment to fostering both a next-generation university and scholarship that engages with the public, Concordia was an obvious candidate for a TEDx conference of its own.

“As volunteer organizers, we believe that learning is a lifetime commitment,” says Mathieu.

“We are building a community of young thinkers and change-makers coming from each faculty and discipline. We draw inspiration from our leaders and we are grateful to our university for empowering us in becoming the strongest versions of ourselves.”

Dallaire will speak about the future of humanitarianism. The force commander of the United Nations peacekeeping mission during the Rwandan genocide wrote an award-winning book about his experience and is now a senior fellow at Concordia’s Montreal Institute for Genocide and Human Rights Studies (MIGS).

Carmela Cucuzzella, associate professor in the Department of Design and Computation Arts, will also address the crowd. The Concordia University Research Chair in Integrated Design, Ecology and Sustainability (IDEAS) for the Built Environment will talk about how the design of public spaces can foster environmentally friendly behaviour among those that use them.

Other topics covered by this year’s speakers include how artificial intelligence will make basic research self-sustainable and the philosophy of time management. The full program of events is available online.