Do you know someone extraordinary? Submit your recommendation by October 16
|
Source: University Communications Services 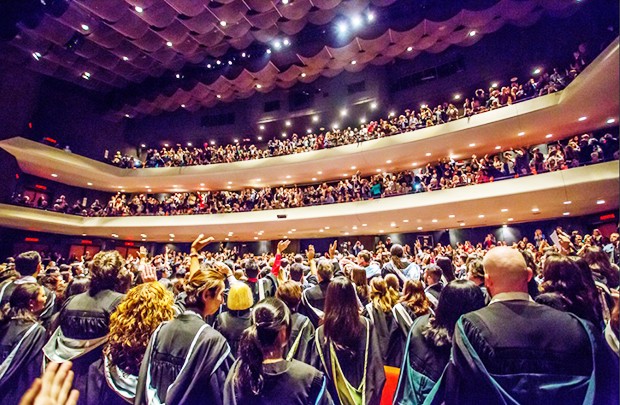 The Honorary Degree and Convocation Committee (HDCC), a joint Board/Senate committee, is asking members of the Concordia community to nominate candidates for future honorary degrees.

All nominations are screened by the HDCC and approved by the Board of Governors upon recommendation of the Senate.

Nominations are welcome throughout the year, but to be considered at the committee’s next meeting, nomination forms must be received no later than October 16, 2017.

Eligible nominees should have sufficient stature and recognition to ensure that the awarding of an honorary degree brings credit to Concordia and the academic community as a whole, and upholds the values that lead to the advancement of learning and the pursuit of greater knowledge.

Before submitting a nomination, please read over the selection criteria, eligibility and exclusions as outlined in the Guidelines for the Awarding of Honorary Degrees.

Once approved, nominations are kept confidential to protect the privacy of all those involved and to avoid disappointment if nominees are not selected. Nominators are asked to do the same.

Send your completed and signed nomination form to Danielle Tessier, HDCC secretary, preferably as an email attachment (danielle.tessier@concordia.ca), or via regular mail to: