Check out these porch-swing favourites from Concordia students, staff, faculty and alumni
|
By Tom Peacock 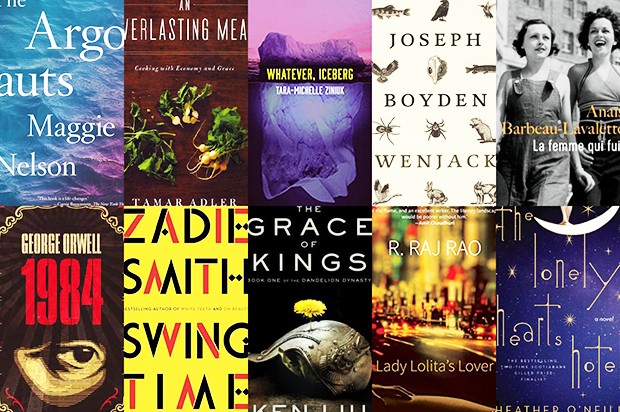 It might not feel like it, but summer’s finally here! What’s better than finding a quiet spot (out of the rain, maybe on a nice porch) and diving into a great book?

We asked a selection of Concordia students, staff and faculty to tell us about the best books they read recently. From a graphic novel about love in the Korean countryside to a no-nonsense guide to living an awesome life, there’s something for everyone in this edition of our biannual holiday list. 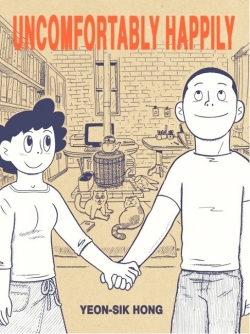 This is a beautifully drawn graphic novel about a young couple moving to rural Korea. It’s a portrait of the idealism and disappointment that often comes with such cloistered relationships.

Hong is an expert at capturing honest and candid intimate moments between lovers and family members. The book is earnest, painful and sweet in a way that's rare in literature — especially graphic novels. 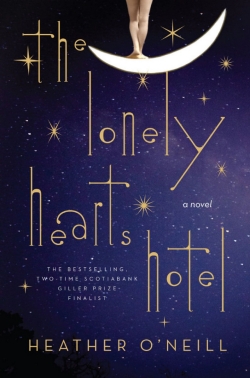 If you want to fall in love with a Montreal more sordid, devastating and seductive than our everyday city, read O'Neill's latest.

The novel is a potent cocktail of beauty, sorrow and heartbreak. I adored it. 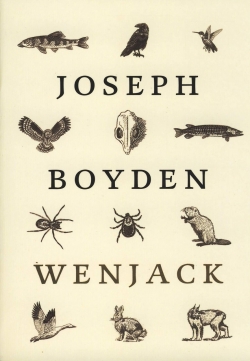 Wenjack tells the story of an Ojibwe boy who runs away from a residential school in Northern Ontario. As he travels homeward, he is trailed by encroaching winter, a spreading illness and 12 forest spirits.

In just 112 pages that fit in my hand, Wenjack taught me more about our past than any other book or seminar ever could. I suspect it may be hard for anyone to finish this book unconvinced of the need for truth and reconciliation. 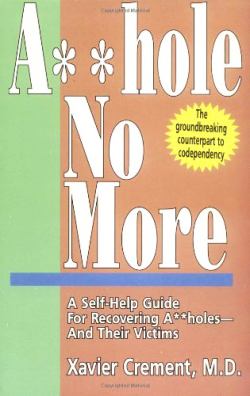 A**hole No More!: A Self-Help Guide for Recovering A**holes and Their Victims
Ariel Press, 1990
By Xavier Crement

This is a side-splitting book you won't put down unless you’re finished or need recovery from laughter pain.

The author presents a comedic series of social misbehaviours. He also suggests ways to avoid or treat for these "diseases." The reader will enjoy its simple language, fluid story and funny tone. 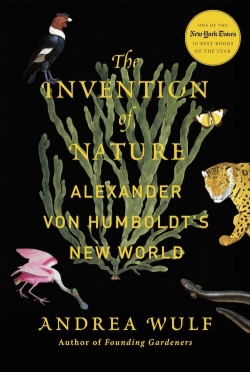 At the dawn of the 19th century, he discovered the interconnectedness between ecosystem, climate and human activity.

The explorer's travel journals contain more than dry accounts of scientific data. They also feature artistic, subjective accounts of Humboldt's perilous journeys through the jungles of the Amazon, the scaling of Ecuador's Mount Chimborazo and his exploration of the steppes of Siberia. 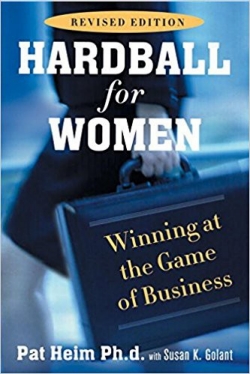 This is a book that was recommended to me by a friend who was a very successful business woman. It helps to better understand the business game, especially in a male-dominated industry. I have done the same and recommended this research-based book to my friends and students. It reveals that the games we played in our childhood taught us lessons for success. It also explains that those who have played competitive games — games that are not always played by girls — are often better prepared for the competitiveness of the business world. This book helps women to better identify some behaviours that can put them at a disadvantage and offers them tips on how to break those patterns. Bonne lecture! 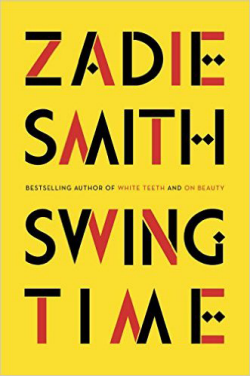 I find Smith's observations about the world very insightful. I loved her masterful and raw portrayal of the friendship between two brown girls growing up in one of London's rougher neighbourhoods. 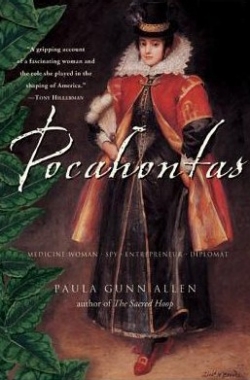 I loved reading this book. It brought me through old territories, historical, mystical and magical. It made her story so much more understandable and interesting than that which I was used to hearing.

I saw a young girl's life as it was meant to be — in a traditional setting, before the ships arrived. 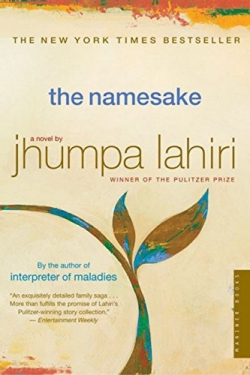 This book tells of a transformational journey to America through the eyes of first- and second-generation immigrant family members originally from India. It describes ups and downs of forming your own identity and how something as simple as your name can shape your life. As someone who's curious about sentiment analysis and narratives about cultural assimilation, this novel spoke to me.

The Namesake also indirectly inspired me to form The Book Lovers Club with a couple of colleagues from the Student Success Centre. All are welcome to join us. It's a very informal gab session about what we have been reading lately. 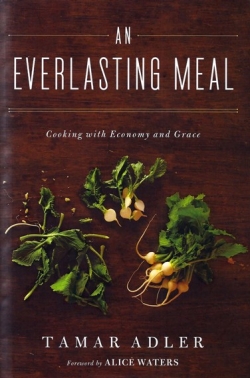 An Everlasting Meal: Cooking with Economy and Grace
Scribner, 2011
By Tamar Adler

It's not your typical cookbook that catalogues recipes; rather, it's a collection of essays that make you rethink how to eat sustainably, mindfully and deliciously.

Lyrical in tone, Adler's work is invitational and approachable to people with varying amounts of cooking experience. Useful. Witty. Heartwarming. 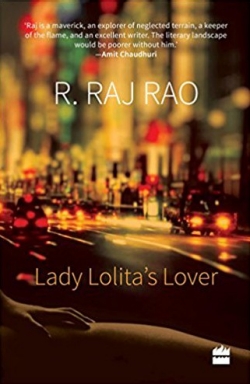 One of my great pleasures in life is reading my friends' books on trains or in the airport. Indian novelist and teacher Rao is the latest with this queer and steamy Mumbai melodrama. 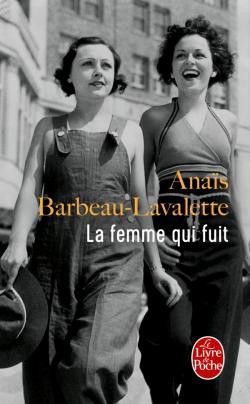 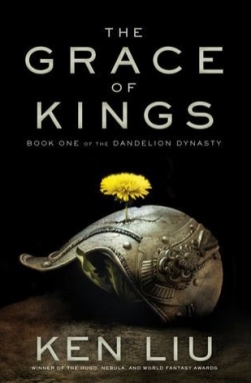 The Grace of Kings
Simon and Schuster, 2015
By Ken Liu

Book one of the Dandelion Dynasty is a captivating story of intrigue and war, of friendship and rivalry and of the hubris of the well-intentioned. Liu has crafted a rich world replete with numerous customs and cultures.

He deftly tells an epic story (deliberately) reminiscent of the historical novel Romance of the Three Kingdoms. Readers be warned: female characters are few and far between and are given very archetypal roles to play. 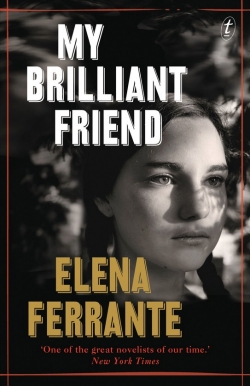 As you move through the story, your understanding of Lila and Elana’s Naples grows with the characters as they age. Your consciousness of the societal forces that shape their world expands along with theirs. What begins as a fairy tale–like description of the neighbourhood and its workings later grows into a complex human web of corruption, violence, fascism, sexism and resistance.

Plus, the story is anchored in the relationship between two women, outside the male gaze and without attempts to simplify or romanticize the complexity of their friendship — a rare treat! 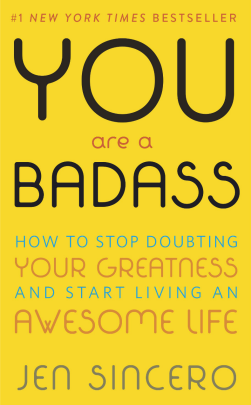 You Are a Badass: How to Stop Doubting Your Greatness and Start Living an Awesome Life
Running Press, 2013
by Jen Sincero

If you are looking for some motivation to get those summer projects in motion, this book is a must-read! It’s refreshingly entertaining with a comical spin. This is a how-to guide to overcoming any obstacles you come across in order to be your true and authentic self. The advice within can be applied to any aspect of your life, work, home and even hobbies.

Some things you already know, but Sincero’s frank manner packs a punch and will leave you questioning, only to have you determined to answer those questions and ready to take on whatever comes your way. 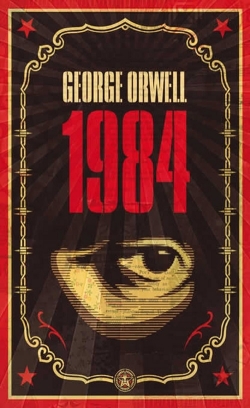 I decided to read this book because I kept on hearing people making all sorts of references to the book when referring to Donald Trump and the current United States administration.

It’s an interesting take on our future society, and it makes you think about the role of government and authority in our lives.

I liked it, but I thought the ending was a bit disappointing. I’m a big fan of the traditional happy ending! 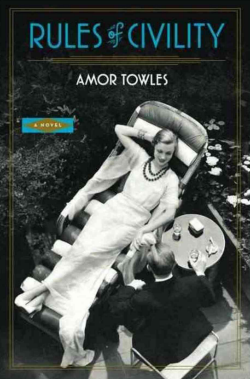 Set in the 1940s, this book is fun because it provides a different perspective. It’s about two women, the jobs they had and the different conflicts and troubles they go through in their lives.

I always find it interesting to read about different time periods, the problems that people faced and what jobs defined them. They were both secretaries, which was a typical job for women at that time. 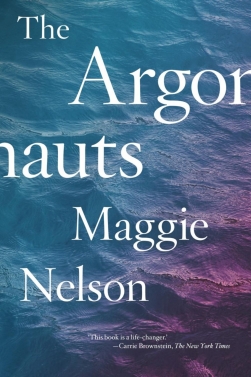 I read this on a trip away from my family — at a point in my life when I was still making sense of my own role as a new parent and subsequently shifted identity.

The Argonauts powerfully coalesces reflections on the inherent defiance of love and who we are as a result of who our people are. Nelson considers the sweetness of individual lived moments with her family as they inform her politics and overarching commitment to radical change. The book, which flows freely through moments of undeniable raw vulnerability, is Nelson’s journey and is ultimately an invitation to reflect on the hardships and growth inherent to parenting in chosen families. 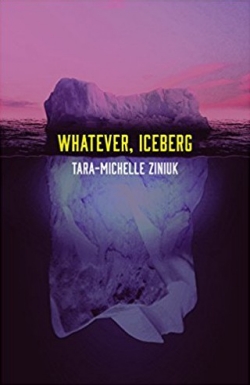 Assistant to the chair and graduate program assistant
Department of Philosophy

Ziniuk’s new book of poetry is visceral, blunt and witty. Many lines made me laugh out loud. The persona that unifies these poems is so powerfully consistent that it makes other poets seem like they’re imitating her.

Reading Ziniuk always makes me want to pick up a pen myself. I recommend this book for a creative and inspired summer. 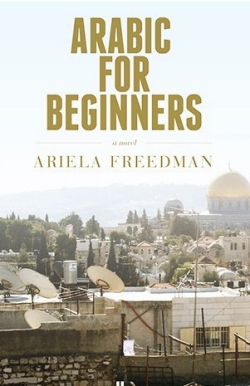 In her new novel, Arabic for Beginners, Ariela Freedman, associate professor with Concordia's Liberal Arts College, explores the lives of a group of young mothers as they navigate the paradoxes of life in the Holy City. Through the first-person narration of a Canadian ex-pat living in Jerusalem, Freedman uses the city as a backdrop to explore motherhood, friendship and nationhood.

“I wanted to write a book that delved into stories about early motherhood and the connections between women — a topic that isn’t discussed much in literature,” says Freedman. “By exploring the private lives of these women, I also hope to add nuance to the complex socio-political realities they live in.”

Do you have a favourite book you want your fellow Concordians to read? Share it via Twitter or Facebook. Be sure to add @concordia and #CUReads. Support students by donating your lightly used books or volunteering for the Concordia Used Book Fair.