The university makes major gains in academic and employer reputation — and rises to the top 1.6% globally
|
By Meagan Boisse 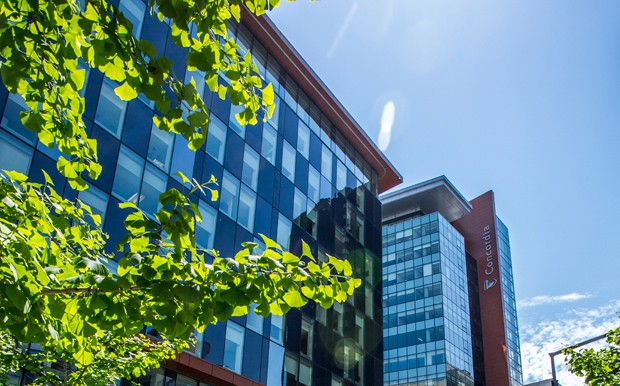 EDITOR'S UPDATE: In July 2017, Quacquarelli Symonds named Concordia as the top Canadian university out of two in its 2018 Top 50 Under 50 Ranking.


The 2018 World University Rankings by Quacquarelli Symonds (QS), released today, advance Concordia 30 places from last year and into the 431-400 range.

Among approximately 26,000 universities globally, QS positions Concordia in the world's top 1.6 per cent.

The annual rankings use a competitive system to rate universities by subject according to carefully weighted indicators such as academic reputation, employer reputation and citations per faculty.

According to Graham Carr, provost and vice-president of Academic Affairs, Concordia's latest results are directly linked to the university’s nine strategic directions.

“In our efforts to teach for tomorrow, we’ve placed a strong emphasis on curriculum transformation and providing more experiential learning opportunities,” he says.

“The aim is to provide our students with a next-generation education that’s connected and forward-thinking.”

In relation to Concordia's high reputation among employers – the university came 214th in that metric  — Carr points to the fact that Concordia graduates can be found in top leadership positions at many international organizations.

“Just recently, a feature in Concordia University Magazine highlighted a handful of the nearly 1,000 alumni living and working in and around New York City,” he says.

“Prominent Concordians include a veteran diplomat at the United Nations, the founding president of a leading executive search firm, a managing editor of The New York Times  and a Disney VP.”

Here is a breakdown of Concordia’s gains this year, compared to the 2017 edition:

Another key component of Concordia’s success in the rankings is its increasing ability to attract international interest.

“Concordia is a top choice for students and faculty from all over the world, and their numbers continue to grow,” Carr says.

“This is a direct result of our increasingly concerted recruitment efforts, our diverse and innovative program offerings, both at the graduate and undergraduate level, and our strong focus on supporting leading-edge research.”

Concordia also rose in the national rankings among other Canadian universities.

There are more than 90 universities in Canada and, despite not having a medical school, Concordia moved up one spot from last year, to 16th position.

This year, QS considered more than 4,000 universities for assessment, out of which only the top 980 were ranked.