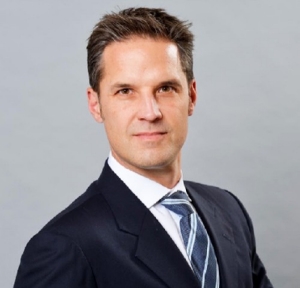 Managing close to $400 million sounds like a daunting task. But for Jean-François Hamel, it’s all in a day’s work.

As Concordia’s senior director of Financial Planning and Budget Services, Hamel oversees the preparation of the university’s operating budgets, reporting directly to the Office of the Chief Financial Officer.

In addition, he and his team of three employees conduct quarterly analyses of the operating budget and perform various financial analyses to monitor and maintain the strategic direction of the university’s finances.

Hamel, CPA, CA, was hired as a senior director in October 2015. He was attracted by the challenge the position represented.

“I had been in accounting firms for over 20 years, and here was an opportunity to add to my core knowledge and grow as a professional.”

Hamel started his career as an auditor with KPMG Montreal. It wasn’t long before he turned his talents to restructuring services, cutting his teeth as an advisor to financially troubled companies.

As senior manager for Deloitte and E&Y, he offered restructuring and turnaround advice to small- and medium-sized businesses as well as multinational corporations.

“As part of my work in restructuring services, I started doing financial projections and budgeting. A significant part of that work involved trying to evaluate what the future looked like for these companies.”

Now, Hamel and his team plan and allocate Concordia’s operating budget for each fiscal year, which runs from May 1 to April 30.

“Every year we estimate how much revenue we’re going to get. Then we allocate it to the various sectors within the university.”

Six months into each fiscal year, Hamel and the Budget Review Working Group (BRWG) begin planning the next year’s operating budget. Then, in December and January, they meet with the university sectors to discuss their financial plans and priorities.

In the intervening months, Hamel and his team draft the operating budget, which is reviewed by the BRWG and presented to the Board of Governors and its finance committee for approval in the spring. Once they give the green light, operating budgets get allocated.

As the fiscal year progresses, Hamel’s team carries out quarterly reviews of each sector’s actual and projected financial position.

“The goal is to identify and understand variances between the allocated budgets and actual results in order to avoid running deficits.”

The biggest challenge for financial planning is that the university has little control over its yearly revenue and is constrained by rates set by the Government of Quebec. Concordia’s revenue largely comes from government grants and tuition fees, accounting for roughly 70 and 20 per cent, respectively.

The financial situation has been constrained by provincial funding cuts, which began in 2012-13. Overall, the funding level has been reduced by 10 per cent over a three-year period.

Despite the challenges, Hamel is settling into his role. His next goal is to create targeted financial advising services for all of the university’s different sectors.

“We’d like to develop analytical metrics to help them better manage their budgets and assess their performance,” he says.

“The university is a complex animal. I’m able to advise to the extent that I understand how each sector is connected to another. It requires grasping the big picture.”

Find out more about Financial Planning and Budget Services at Concordia.