What's it like to plan, prepare, position and manage the unknown?
|
By Jesse Coady 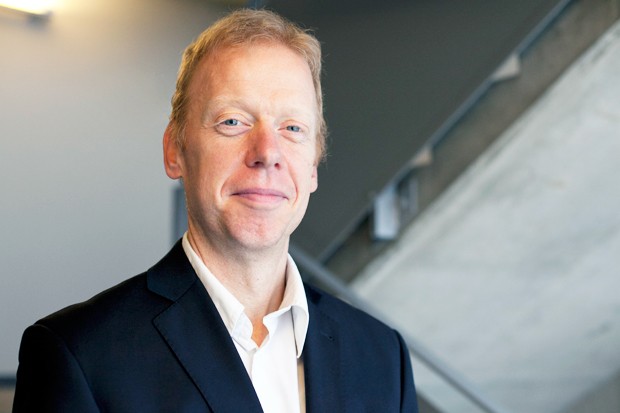 Marc Gauthier: “An effective governance structure is foundational for any and all progress.”

Few people would imagine financial services playing the role of ambassador for a university’s vision and values. But then, Marc Gauthier isn’t your typical university treasurer.

Since 2011, when he was promoted to the new position of treasurer and investment officer, Gauthier has championed innovative and forward-thinking approaches to managing the university’s capital.

His success has generated substantial interest abroad. In the last two years alone, Gauthier has been interviewed about asset management in China, and been invited to Japan and the United States to speak about the investment strategy that he developed for the university’s pension plan.

“I started my studies here in 1989 as a 19-year-old with no money, and the university really gave me a platform to evolve,” he says. “I worked hard and I just kept moving up.”

After completing his degree at Concordia in finance and accounting, and becoming an accredited accountant, Gauthier (BComm 94) proved his mettle as a financial analyst in various positions within the university.

Prior to his appointment as Concordia’s treasurer, he worked for five years as the executive director of finance and business operations in the Services sector.

As treasurer, Gauthier is responsible for overseeing and managing the university’s financial assets and liabilities. This includes five portfolios: benefits, investment, corporate risk, capital and financing.

“Essentially what I seek to do is ensure that Concordia is fiscally sustainable over the long term,” Gauthier explains.

“The university is governed around its operating budget, which is basically a 12-month plan. My role from the capital and financing side of things is to ensure we have enough cash to operate on a daily basis while identifying and planning for our objectives over the short-, middle- and long-term.”

If there’s one thing that unites all of his responsibilities, says Gauthier, it’s risk.

“Risk is about planning, preparing, positioning and managing the unknown. I want to best position myself for any vulnerabilities that the university is subject to in a way that is proactive rather than reactive. I try to stay ahead of the game so that the sustainability of the university is never put in danger.”

Central to the task at hand is developing a risk-conscious culture. To do that, he explains, you need to create a governance strategy that allows people at the university to work together and look at all aspects of a problem. Gauthier and his team have effectively put this into practice, fostering a culture of constant dialogue.

Perhaps Gauthier’s greatest achievement in his current role, though, is the development of a new investment strategy for the pension plan. Following the global economic recession in 2008, Gauthier undertook to update the culture of governance surrounding the plan so that a new, more integrated investment strategy could be developed. He approached the pension committee and requested approval to perform a risk assessment.

The objective of the exercise was to educate the committee about all of the risks that the plan was exposed to and provide a platform to identify and manage risk above a certain threshold of tolerance.

In the end, the process resulted in an overhaul of the way the committee worked, moving it away from a culture of “headline risk” to one that was more sustainable and personalized to their context. “The new design of the pension plan allows us to better prepare for and manage eventual risk,” Gauthier says. “It’s about embracing risk rather than trying to eliminate it.”

‘Ahead of the curve’

Gauthier believes his work has generated so much interest on the international stage because many portfolio managers around the world are struggling with evolving governance structures.

The investment strategy has put Concordia on the map. At conferences, he is often told that what the university is doing with its pension plan is ahead of the curve.

“I strongly believe that reporting to an effective and efficient governance structure is foundational for any and all progress,” Gauthier says.

“Our success could not have been achieved without a great deal of dialogue.”

Find out more about Concordia’s Office of the Treasurer.