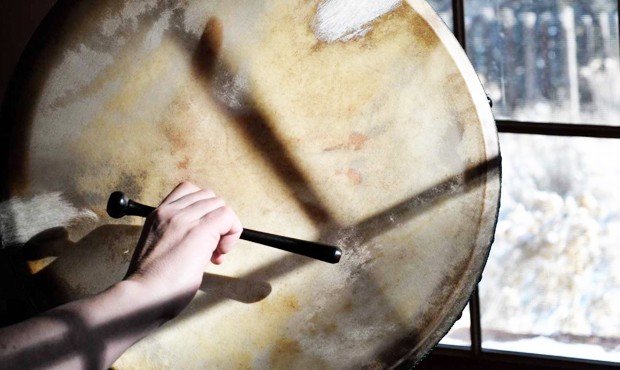 Montreal is a city of sounds. For Concordia researcher Jérémy Tétrault-Farber, one type in particular helps define the city’s identity: traditional Irish music.

It all started during a trip to Florida. What was meant to be a father-son vacation to see some baseball turned into an awakening for the then-12-year-old Tétrault-Farber.

At a medieval fair in Sarasota he discovered traditional Irish music, and by the time he returned to Montreal, he was hooked.

Almost two decades later, Tétrault-Farber is turning his love of both Irish and Montreal music into a PhD thesis, thanks to Concordia’s humanities interdisciplinary PhD program. 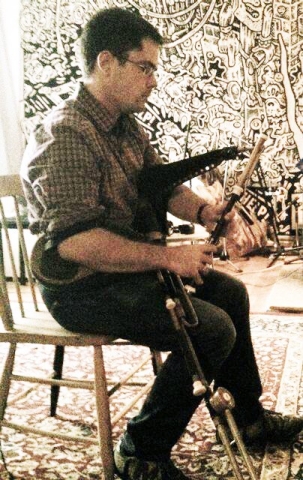 Since his childhood discovery, the current doctoral candidate has grown from a Chieftains-loving tween to a skilled tin whistle and uilleann piper.

It’s pronounced “ill-an” and refers to the Irish word for “elbow”. The uilleann pipes are Ireland’s national bagpipe.

“When I first heard them, I thought, I must learn this,” recalls Tétrault-Farber, who devoted years to learning the complicated instrument, which resembles a smaller version of the popular Scottish highland bagpipes.

“When I finally played with other musicians in the Montreal scene, I felt like I was entering a magical world. It was a gate-crossing experience. It felt like seeing ‘achievement unlocked’ flash on the screen in the middle of a video game.”

Initially Tétrault-Farber had no intention of turning his love of Irish music into a PhD, despite having a master’s degree in history, which he teaches at Montreal’s Dawson College. But a chance chat with Concordia Irish studies professor Gearóid Ó hAllmhuráinturned him back down the academic path.

“We were at a party, talking about what it means to play Irish music, and how it has woven itself into Montreal’s cultural fabric. At one point in our chat he said, ‘Here’s my card. Come and see me at Concordia’s School of Irish Studies.’”

Now in the third year of his PhD, Tétrault-Farber is exploring how non-Irish people have contributed to the Irish traditional music soundscape in Montreal.

“One need not necessarily have Irish ancestry to partake in Irish culture: I’m the perfect example of that! I don’t have a drop of Irish blood in me but the culture nevertheless runs deep in my veins, as well as through Montreal’s streets and citizens,” he says.

Tétrault-Farber will be conducting ethnographic interviews across the city for his thesis. “I have no idea what I’ll find. I’m curious to see how surprised I’ll be by certain things: how deeply Montrealers feel connected to Irish music, even without Irish roots. All music expresses an identity; it’s the impact that identity has on people that interests me.”

All in the family

Not only is Tétrault-Farber a musician, a Cégep teacher and a PhD candidate, but his partner is also a tin whistle and Irish flute player, and their two young children are beginning to show their own love of traditional music. “Our three-year-old is already playing with a practice chanter, and our 20-month-old just starts dancing whenever he hears anything Irish,” he says.

As pipe major of the Montréal Pipes and Drums, the city’s only independent civilian pipe band, Tétrault-Farber is also part of an extended musical family that often travels out of town to play Saint Patrick’s Day parades and highland games near and far.

But while his personal connection may have inspired his research project, Tétrault-Farber plans to keep himself largely out of his academic work.

“The core of my thesis will focus on directed discussions with key players in Montreal’s Irish soundscape,” he says. “Although I have an insider’s perspective as a piper, tin whistle player and former teacher at the Siamsa School of Irish Music, it’s the voices of Montreal’s Irish music community that really interest me.”

“The Irish have left an indelible mark on the culture and history of Montreal. I can’t wait to uncover more of that legacy.”

To find out more about other research at Concordia’s School of Irish Studies, check out the Irish Studies Inaugural Graduate Conference, March 24 to 26. All talks are free and open to the public.