NEW RESEARCH: Kids from low-income families are affected by too much TV 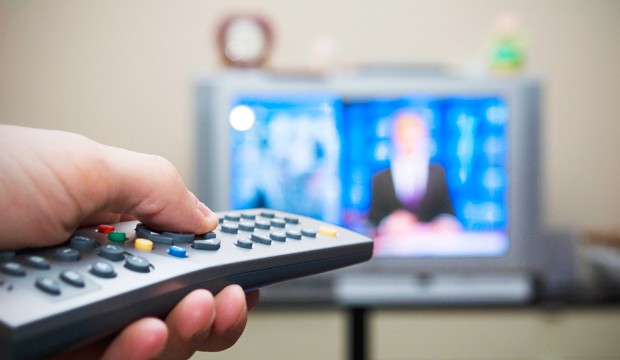 We interrupt this program for an important message.

Watching television for more than a couple of hours a day has been linked to lower school readiness skills in kindergarteners.

That’s according to a new study by researchers from Concordia’s PERFORM Centre and New York University’s Steinhardt School of Culture, Education, and Human Development, which shows the particular impact on children from low-income families.

The findings, published in the Journal of Developmental & Behavioral Pediatrics, reinforce the need for limits on screen time, such as those laid out by the American Academy of Pediatrics.

The organization recently changed its norms to recommend that children between two and five watch no more than one hour daily — down from its previous recommendation of two hours.

Given the current prevalence of smartphones and tablets, screens play a bigger role in many families’ lives now than ever before.

“We wanted to examine whether the negative relationship between watching TV and school readiness varied by family income.”

Fitzpatrick and NYU Steinhardt co-authors Andrew Ribner and Clancy Blair looked at data from 807 kindergarteners of diverse backgrounds. Parents of participants reported family income, as well as the hours of TV their children watch on a daily basis. Video game, tablet and smartphone use was not included in the measurement.

To determine school readiness, the study measured the children’s math skills and knowledge of letters and words.

The researchers also assessed executive functions, which are key cognitive and social-emotional competencies, including working memory, cognitive flexibility and inhibitory control. Executive functions are essential for everyday problem-solving and self-control of behaviours and emotional responses.  ​

“We found that the number of hours young children watch TV is related to decreases in their school readiness, particularly when it comes to math and executive function,” confirms Ribner, a doctoral candidate in the Department of Applied Psychology at NYU Steinhardt and the study’s lead author.

“This association was strongest when children watched more than two hours daily.”

As family incomes decreased, the link between TV watching and school readiness grew.

Those at or near the poverty line — an annual income of around $21,200 for a family of four — saw the largest drop in school readiness when children watched more than two hours of TV a day.

“Our results suggest that the circumstances that surround child screen time can influence its detrimental effects on learning outcomes,” says Fitzpatrick, who also teaches at Université Sainte-Anne.

“We recommend that pediatricians and child care centres help parents limit the amount of TV children watch to less than two hours a day, especially those from middle- to lower-income families.”