How to make a (land)mark 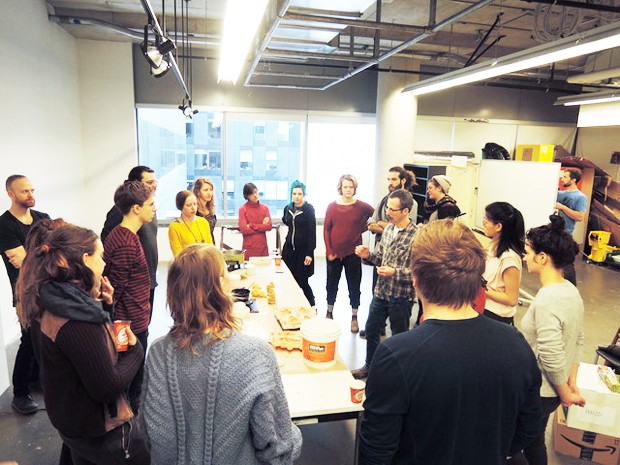 What does it mean to make your mark on the land?

Across the country, artists are asking themselves this question as they prepare to publicly commemorate Canada’s 150th anniversary.

Concordia artist-in-residence Shauna Janssen is guiding 19 fine arts students toward an answer at two national park sites in Quebec. Her class is part of a Canada-wide art project called LandMarks: Art + Places + Perspectives designed to reflect on the national milestone.

Forget what you already know about Canada

The curators of the LandMarks project want Canadians to unlearn what they think they know about the country. To do so, the network of contemporary art projects is connecting working artists and fine arts students with 20 national parks and historic sites.

“It’s a massive project,” Janssen says. “And there are many questions about what we are celebrating here. The contested nature of 150 years is certainly resonating with my students.”

Concordia students are primarily responding to the Lachine Canal National Historic Site, alongside artist Douglas Scholes. Some are also linking up with artist Raphaëlle de Groot who is working on the north shore of the Saint Lawrence at the Mingan Archipelago National Park Reserve.

The year-long project culminates June 10 and 25, coinciding with the summer solstice and National Aboriginal Day. During this time, students will each have a day to display their works in public along the Lachine Canal. 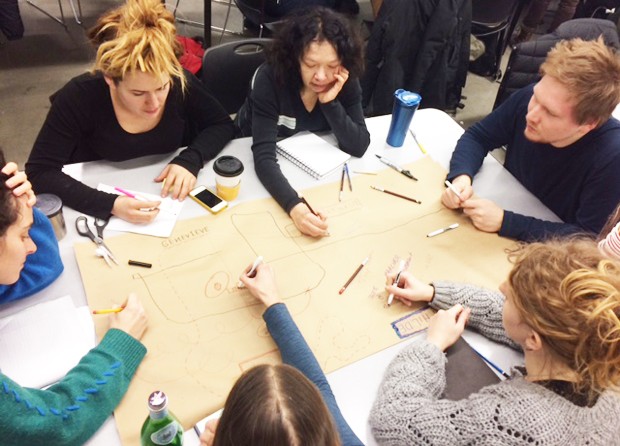 A group mapping and synthesizing workshop.

‘Each piece represents a memory’

Paule Gilbert is a fourth-year student in the Department of Studio Arts. She took up Janssen’s challenge by creating an artwork inspired by a colony of paper wasps living by the canal.

“For me, it spoke to the politics — a metaphor for what used to be there in the industrial era.”

Gilbert is making her paper from scratch. Each piece represents a memory and a layer of the past.

“I took a micro site and developed a project that had many connections with the bigger history.”

LandMarks curators and faculty from 15 Canadian universities have also developed a national curriculum that draws on Indigenous epistemologies and readings to address the legacies of colonialism and the complexities of nationhood and cultural identity.

“I have to admit, it was pretty intimidating to start with. I am educating myself,” Gilbert says.

Janssen asked her students to consider what it means to make a mark, but also to think about erasure as a mark. She also provided her students with critical readings to understand these historical tensions.

In addition, de Groot, Scholes and several other artists have spoken to Janssen’s class about how to approach making public art and work with ideas of land, territory and cultural identity.

According to Janssen, public art creation is a social practice. Students from Concordia, UQAM and McGill met with the artists over a weekend in February, collaborating in several workshops.

“It was an opportunity for those from different artistic backgrounds to meet and exchange. I believe there are a few collaborations across these universities to come.” 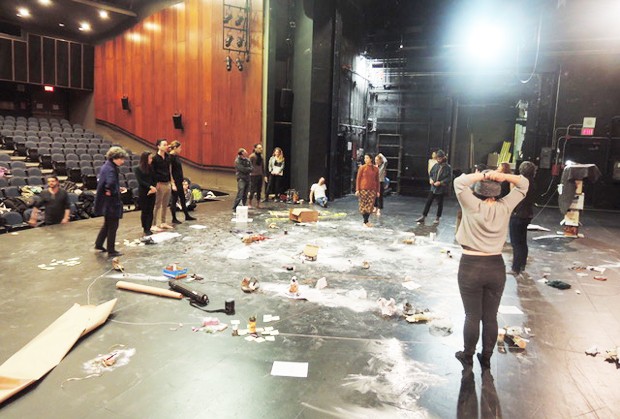 The student dancers, textile artists, sculptors and photographers in Janssen’s class are figuring out how to position themselves between histories, cultures and their personal experiences.

Some will refer specifically to history or the way it resonates in the present. Other times, Janssen explains, their art will be personal, responding to the lived experience of walking through her course.

“In light of themes of cultural identity and colonial legacies, students have expressed a certain anxiety about what it means to make a mark. The first step is to listen,” she says.

“We need to make space for telling stories and for Indigenous knowledges to enter our conversations.”

“It’s a germane, creative place to start and I feel really proud of my students for critically engaging with their artistic practice.”

Concordia fine arts students will display their contributions to LandMarks2017 from June 10 to 25 along the Lachine Canal. Find out more about the Faculty of Fine Arts at Concordia.