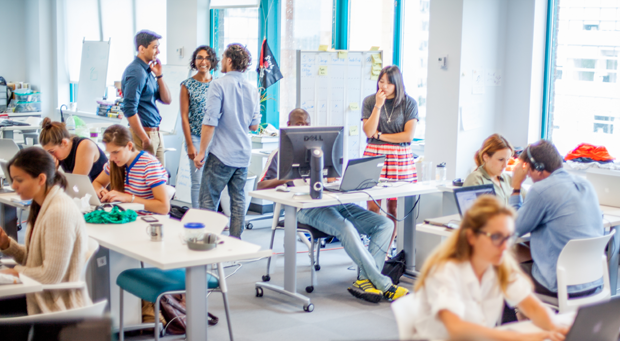 Of the 154 teams vying worldwide for the IBM Watson AI XPRIZE, 12 are from Montreal. It’s the largest number of participants from any urban centre — a fact that positions the city as a leading global contributor of artificial intelligence (AI),

The AI XPRIZE is a four-year, $5-million, open and global challenge. Teams must develop and demonstrate how humans can collaborate with powerful AI technologies to tackle the world’s greatest societal issues.

The competition fits perfectly with Concordia’s mandate of being a next-generation university.

Through District 3, the university is creating a collaborative environment that supports social innovation by connecting researchers, startups and the business world.

As the official AI XPRIZE ambassador for Montreal and Quebec at large, D3 will be accompanying Montreal’s dozen teams along their journey. To do so, they’ve partnered with 500 Canada, Element AI, Hacking Health, InnoCité MTL, IVADO and Real Ventures.

“Without a doubt, Montreal is an international hub for AI,” says D3’s executive director Xavier-Henri Hervé.

“Leveraging 20 years of research and development investments from all levels of government, the city now attracts leading international corporations like Google and Microsoft.”

“We’re uniquely positioned to bridge the gap between research and innovation,” says Hervé.

“We have in Concordia and Montreal a wealth of researchers leading the world in the AI field, and many want to be accompanied in their journey of discovery to bring about societal change.”

By bringing together the major players in the city’s AI community, D3 and its partners ensure that teams have a strong base of support throughout the global competition.

Two teams currently completing the competition are Dataperformers and Ubenwa.

“Their solution will offer an alternative based on autonomous drones helping to determine areas of need after a natural disaster occurs and offering several recommendations to emergency agencies.” 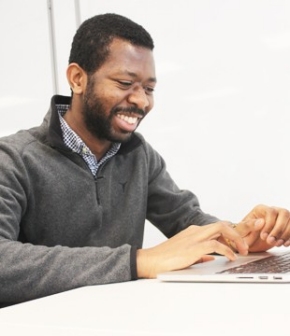 Ubenwa, meanwhile, is building an AI solution which helps to identify if a baby is suffering from perinatal asphyxia, which kills an estimated 900,000 babies each year.

Charles Onu is a member of the Ubenwa team.

“We are applying AI to develop technology for diagnosing asphyxia in newborns from their cry,” he says.

Asphyxia is one of the top three causes of infant mortality today and existing methods for diagnosis are too sophisticated for use within low-resource settings or for early detection.

“Ubenwa, deployed via mobile devices and wearables, will reduce the skill and cost required to diagnose the condition as well as make swift detection possible.”

Onu says D3 has supported him in numerous ways, including providing opportunities to develop and practice project pitches, as well as getting solid feedback from experts like those at Element AI.

“They are also helping us build our project plans for the competition, connecting us with potential funders and assisting with incorporation and legal services.”

Those who make the competition’s final cut will be announced on April 1.

Explore the many programs offered by Concordia's District 3, and get involved!