Happiness (and other pursuits)

Concordia’s University of the Streets Café public conversation series kicks off its winter season on January 26
|
By J. Latimer 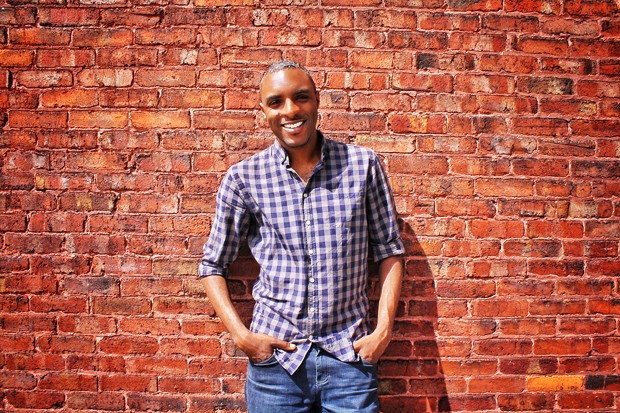 Speaker and motivational consultant Peter Hartman is one of the guest speakers in the conversation series.

Are people mistaking technological engagement for community engagement? How can we lead a life of social impact?

These are just two questions likely to pop up during the winter-spring 2017 University of the Streets Café public conversation series, which starts on Thursday, January 26.

There are 11 events scheduled between then and May 12. Members of the greater Concordia community and the public congregate in cafés and other cozy venues suitable for lively banter. This season, each discussion topic is connected by the theme City Lights, intended to highlight the “radiance of the urban experience.”

“It gets us thinking about city engagement in a broader sense,” says Alex Megelas, programs and communications coordinator with Concordia’s Office of Community Engagement (OCE).

Megelas is pleased with the broad range of café topics, which includes urban agriculture, modern motherhood, citizenship and personal safety, and anonymity and privacy rights.

“For 2017, some of the City Lights conversations will explore the rebirth that comes after a period of darkness, while others will consider how we define hope in our own lives and how luminaries inspire their local communities,” he says.

“Still others will look at our relationship to technology and its sometimes brilliant and emancipatory potential.”

Charmaine Lyn, the senior director of the OCE, notes that the University of the Streets Café is an extension of Concordia’s longstanding commitment to work with communities beyond our campuses.

“We strive to achieve that special blend of public, community, academic and activist voices. Because it’s unscripted, the outcome can be surprising and we can provide a platform to people who might otherwise be, or feel, unheard.”

Since its inception in 2003, she adds, the series has hosted more than 400 public events — and counting.

Here are four conversations to look out for this term.

1. The Stage, the State and Humanity: What is the current role of political theatre?

Megelas points to US vice-president elect Mike Pence’s visit to a production of Hamilton on Broadway this fall. The actors addressed Pence directly, pleading for the American government to uphold their inalienable rights.

“It was a powerful statement to the relevance of the medium, when the actors reached out beyond the stage as a means of engaging in political discussion,” says Megelas.

The conversation will also explore the theatre’s association with social privilege, while discussing local examples of productions that go against that trend.

“When we think about theatre and its connection to emerging social movements and social change, there is such a rich history,” says Megelas.

In this conversation, theatre director/producer Erin Lindsay and writer Jen Quinn from Imago Theatre and playwright/poet/actor Len Richman from the Thomas More Institute will share their opinions and thoughts on the accessibility of theatre.

Moderator rémy-poulin twahirwa will also guide the discussion to focus on how the stage can be a catalyst for social reflection.

2. The Places we Love: How do we live with and care for the buildings of our cities?

“Infrastructure access is something that's incredibly valuable. So when we have an area like Griffintown — with tremendous heritage and local history — that gets divided amongst private developers who build ‘up,’ that is a significant change to the nature of the environment,” Megelas says.

He also points to the Empress and Snowdon theatres as urban sites of contention.

“Our city’s built environment lends itself to many a debate and polarized viewpoint with regards to preservation, policies, politics, accountability, construction and demolition. When we think about whose voices are heard in the process, we wonder how a commitment to a shared heritage is being upheld.”

3. Beyond the Pursuit of Happiness: What steps can we take toward a life of impact?

“This conversation asks a question that everyone struggles to answer. We don't always feel we have the tools to address it head on,” Megelas says.

“We’re going to look at the nature of altruism, as well as the emergence of social entrepreneurship and the idea that technology can allow us to build links among ourselves. And we’ll ask how these means lead us to express our commitment to making the world a better place.”

For this conversation, Megelas invited Peter Hartman, a life coach, speaker and consultant and Juniper Belshaw from The Centre for Community Organizations (COCo), a Montreal not-for-profit that supports community agencies, to comment on social entrepreneurship, among other things. Belshaw is currently a master’s student at Concordia in Human Systems Intervention (HSI). Both will be joined by moderator Anurag Dhir.

Megelas notes that Quebec has a strong history of building social commitment.

“Look at the lasting impact that Quebec feminism has had on the creation of a community sector that is based in spaces where people come to get access to services. To get engaged, we have to go into our communities and change the things about ourselves that are part and parcel of the problem.”

4. Youth and Community: How to fit in without losing yourself

This topic emerged from a conversation between Megelas and Denburk Reid, assistant coach for the Concordia Stingers women’s basketball team and co-founder of the Montreal Community Cares Foundation.

Reid encourages students and young adults to be “a leader of self” — not a follower.

“Conforming to fit in isn’t the answer, especially if it goes against your values,” says Reid, on the phone from the foundation. "I’m happy to take part in any conversation that gets the message out."

Megelas sees today’s youth as under-recognized leaders and instigators of artistic and cultural movements. He notes that the market defines itself in relation to the emerging needs and inspirations of youth.

“Despite all of that,” he adds, “youth as a population are relegated to the sidelines, unheard and unrecognized, out of a fear of the unknown that they bring with them.”

Moderated by photographer Genevieve Brown, currently a sociology student at Concordia, the conversation will discuss how youth engage with the communities that frequently mistrust them.

Seven other conversations take place this term as part of Concordia’s University of the Streets 2017 program. The series wraps up with a storytelling café on Friday, May 12.

For details, check out the winter schedule.