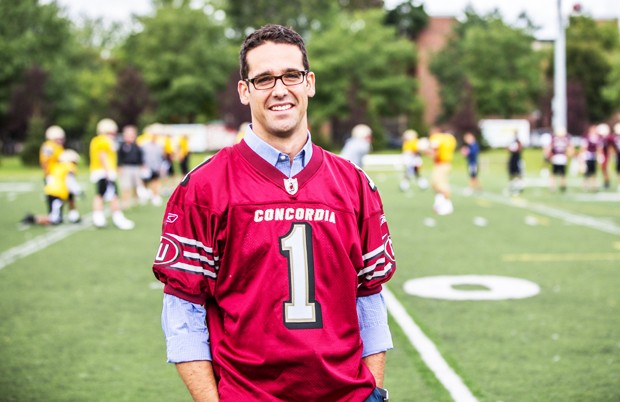 Continuing a career in the expansion of Montreal sports, Concordia’s Patrick Boivin has seized the opportunity to serve as president and CEO of the Montreal Alouettes.

Prior to joining the university in 2013, Boivin was a member of the Montreal Canadiens management team, where he was director of hockey operations for three seasons.

“During Patrick’s time with Concordia, he made valuable contributions to the development of the Department of Recreation and Athletics, as well as to varsity and intramural sports programs,” says Lisa Ostiguy, deputy provost.

“Most notably, his leadership of the rebranding of the Stingers — which involved extensive consultation with students, coaches, athletes, alumni and staff — deepened our sense of pride within the Concordia community. This was especially true among the more than 350 student-athletes who play on our 10 varsity teams.”

Read Patrick Boivin’s full appointment notice from the Montreal Alouettes. Find out more about #StingersUnited, the rebranding of the Concordia Stingers.