‘This is real engineering in action’ 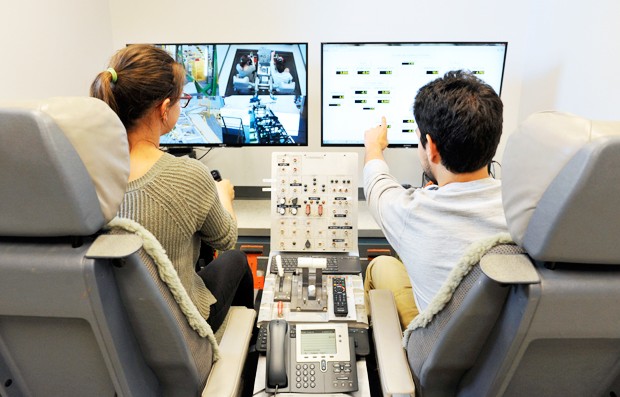 What if aerospace engineering students could be trained on a “life-sized” aircraft model? Concordia has teamed up with Polytechnique Montréal to make this vision a reality.

Full-scale rigs, known as “Iron Birds,” are usually only available to aircraft manufacturers. LESIAQ is one of very few facilities in North America to provide students with a chance to work in an environment that approximates industry standards.

In the classroom students learn about aircraft systems through images and diagrams. This lab lets them get their hands dirty and hit the ground running when entering employment in aerospace, she adds. 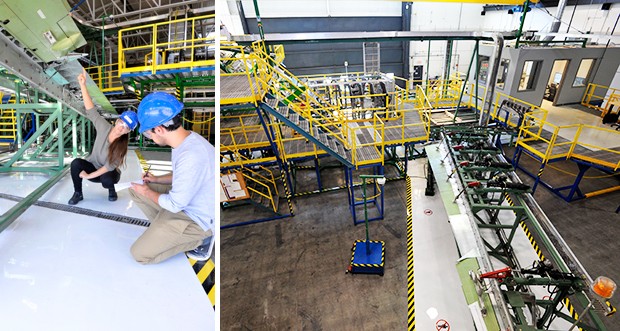 Susan Liscouet-Hanke, associate professor in the Department of Mechanical and Industrial Engineering, explains that the multidisciplinary test rigs comprise all flight control and actuation systems, hydraulic power supply networks, the cockpit (with the required control and monitoring units) and the control surfaces and support structures.

Other hydraulically actuated systems, such as the landing gear and thrust reverser, are also included.

“These systems are normally hidden under the structure and not visible. In an Iron Bird, they are all laid out exactly like in the real aircraft. It is like exposing the muscles, blood and nervous system of a body,” Liscouet-Hanke says.

In essence, the lab offers a full-scale aircraft without the exterior panels, allowing students to measure and analyze how airplanes respond to commands from the cockpit or to control systems.

How the bird was built

LESIAQ is an initiative that’s been in the works for a while. In 2009, the Comité sectoriel de main-d'œuvre en aérospatiale au Québec proposed the creation of an aerospace training lab where students could receive hands-on experience in one of Quebec’s most vital industries.

By 2011, they had secured provincial government funding to move forward.

The resulting project brought together several and university, government industry partners to establish a hanger and build an Iron Bird that students could use for measuring and analyzing aircraft and flight system data. 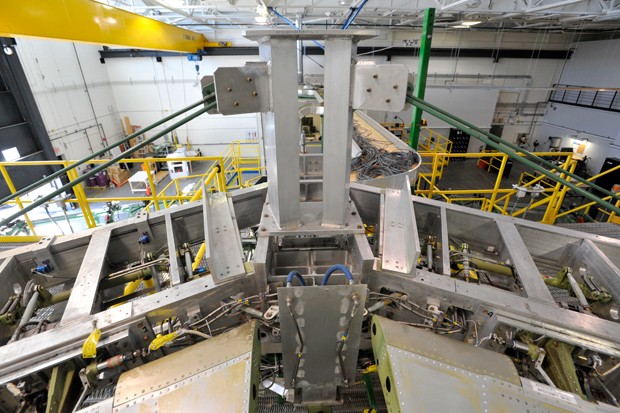 In 2013, the École des métiers de l'aérospatiale de Montréal accepted the challenge of housing the lab, and a year later, Polytechnique Montréal began constructing the aircraft test beds, which were donated by Bombardier and Bell Helicopter Textron.

Liscoeut-Hanke will be leading “AERO 201 ‑ Introduction to Flight and Aerospace Systems” in the winter term, which has a lab at LESIAQ and “AERO 390 - Aerospace Engineering Design Project” in the spring term, which will involve significant work in the facility.

The two courses are among the first to run primarily out of the new facility.