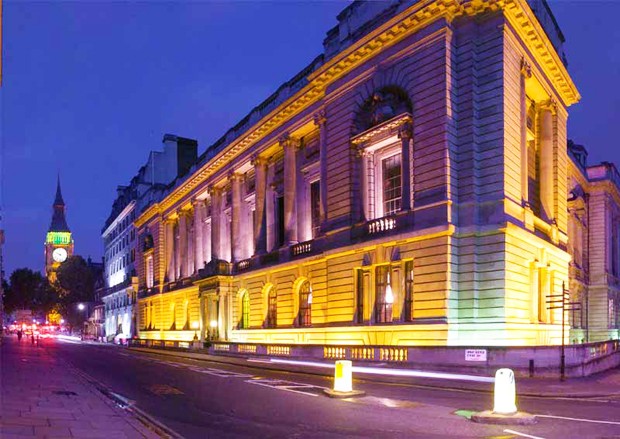 This fall, Ted Stathopoulos, a professor in Concordia’s Department of Building, Civil and Environmental Engineering (BCEE), was named a fellow of the Institution of Civil Engineers (ICE).

Formed in 1818, the institution is one of the world’s most respected professional engineering associations. Stathopoulos was delighted to be honoured with its highest grade of membership.

“The recognition of one’s efforts and dedication, of hard work and contributions to the field over one’s entire career, originating from your peers, creates a nice feeling of fulfillment,” he says. 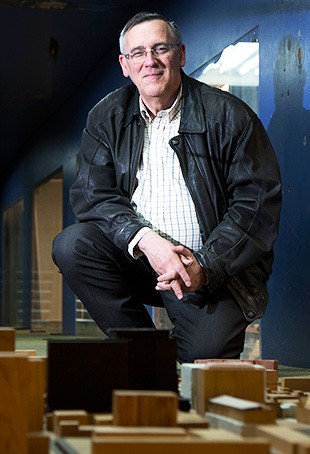 “It makes the department, the faculty and the university stronger, and contributes to augmenting their reputation.”

He also notes that the honour is, in large part, due to his being blessed to work with excellent students and collaborators. “They have contributed immensely to whatever success and recognition we had. This is a group effort and a group reward. Without them nothing could have happened!”

In 1970, the Athens-born Stathopoulos completed his undergraduate studies at the National Technical University of Athens. Before leaving the institution, he asked a favourite professor for advice on what specialty to pursue. The answer? “Don’t do earthquakes! We have too many experts. But how about wind?”

So in 1973, Stathopoulos came to Canada to pursue graduate studies at Western University with noted wind engineer Alan Davenport.

One day, the doctoral candidate received a letter from a university in Montreal: the pioneering engineer Paul Fazio wanted Davenport’s protégé to come to Concordia to develop expertise in building aerodynamics and in wind effects on buildings.

Soon after his arrival at Concordia in 1979, Stathopoulos set to work establishing a new workspace. It was a major undertaking, and the Building Aerodynamics / Wind Tunnel Laboratory has been his very productive home away from home ever since.

Currently located in the basement of Concordia’s Engineering, Computer Science and Visual Arts Integrated Complex (EV), the lab is equipped with the only atmospheric boundary-layer wind tunnel in Quebec.

The wind tunnel allows for computational analysis and the precise study of wind loads, airflow around structures, pedestrian-level winds and the dispersion of pollutants.

This isn’t just an air chamber with a fan at the end of it, says Stathopoulos.

“Every university has three or four wind tunnels, to check airfoils, wings and so on. But to represent the actual wind effects is very different, because the wind near the ground is hard to describe. You need a specialized facility for that.”

‘Wind is our friend and our enemy’

Stathopoulos’ work now forms the basis for the wind design of low-rise buildings in the National Building Code of Canada; it was also included in numerous editions of the American National Wind Standard. However, although Stathopoulos established his reputation on contributions to structural guidelines and standards, much of his current research relates to the environment.

He is a member of the Natural Sciences and Engineering Research Council of Canada’s (NSERC) Smart Net-Zero Energy Buildings Strategic Research Network (SNEBRN), which brings 29 top researchers from 15 universities across Canada together with experts from Natural Resources Canada and Hydro-Québec. His colleague Andreas Athienitis directs the network.

“Wind is our friend and our enemy,” Stathopoulos says. “If we talk about structural loads or pedestrian-level winds — when the wind comes and breaks your umbrella — it’s our enemy. But when we talk about the dispersion of pollutants around buildings, cleaning cities and producing energy, it’s our friend.”

‘Work hard and strive to achieve the best’

Asked what further career milestones he has in mind, Stathopoulos says, “There is no next big goal! Throughout my life I have applied the old Greek saying ‘aien aristeuein’ (ever to excel). So I always try to work hard and strive to achieve the best that I can to contribute towards the betterment of life and the reputation of the university.”

Find out more about the Department of Building, Civil and Environmental Engineering.