‘We are on an upward trajectory and people are noticing’

Concordia makes major strides in university rankings by Maclean’s, Research Infosource and The Globe and Mail
|
By Christine Mota 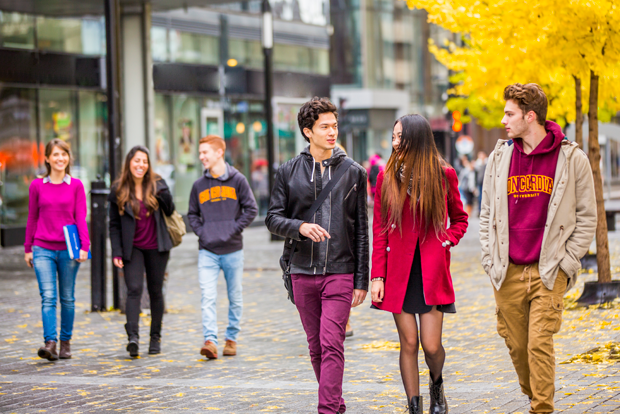 The 26th edition of Maclean’s University Rankings brought good news for Concordia. The university maintains its 10th-place position in the comprehensive universities category and has made significant gains in important areas, particularly when it comes to reputation and student satisfaction.

On overall reputation, Concordia ranked 18th out of 49 Canadian universities and 19th in the most innovative category. For leaders of tomorrow, the school came in at an impressive 13th.

Where the university made the greatest leap, however, was in the public’s perception of high quality — moving up six spots to 18th from 24th last year.

These results don’t come as a surprise to Graham Carr, provost and vice-president of Academic Affairs. “There’s a great buzz about Concordia in Montreal and elsewhere in Canada,” he says.

“Students want our programs, we do exciting research and we have exceptional facilities. We’re on the move and people are noticing”.

‘Seeing the results of our efforts’

Those who choose to study at Concordia are generally quite pleased with their decision. According to the Globe and Mail’s Canadian University Report, “students rank their overall experience very highly compared to other universities in Quebec.”

Maclean’s echoes this, moving Concordia up to 12th from 15th in student satisfaction. They also note that students rated highly the opportunities for experiential learning, earning the university sixth spot in this category.

But the most impressive number on the research front comes from Research Infosource. Within the context of its 15th anniversary edition of Canada’s Innovation Leaders magazine, it launched an additional “top three” ranking on research publication growth.

Over a 15-year period, Concordia outpaced the other universities in its comprehensive category, with a whopping increase in research publications of 157.6 per cent. The Quebec average was 91.4 per cent.

“We put a lot of emphasis on research in recent years and it’s a credit to our faculty, grad students and postdocs that we’re now seeing the results of our efforts”, Carr says.

“With ‘Double our Research’ as one of our Strategic Directions we have set the bar high but I’m confident we can achieve our goal”.