PLUS: Find out about one of the 356 community non-profits supported by the annual campus-wide charity effort
|
By J. Latimer 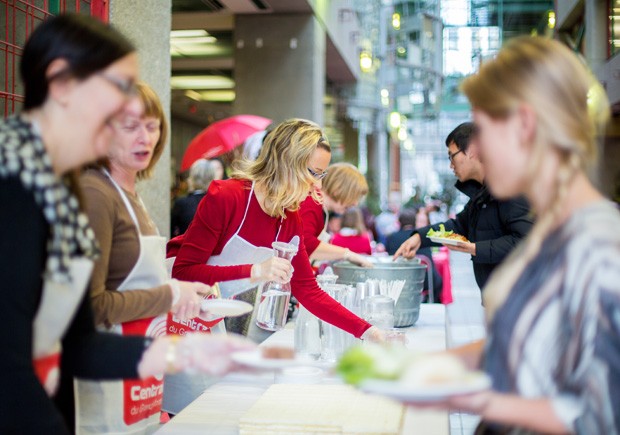 These are the dates for Concordia’s Centraide/United Way Campaign pasta lunches. Let the comfort of spaghetti work its magic while you contribute to a good cause. There will be a choice of meat or tomato sauce to accommodate dietary preferences.

Brown bag letdown? Not this time

For $12, you get much more than a plate of pasta. It also includes a green salad, a roll, a drink and a dessert — chocolate or vanilla cake. The food is being donated, so all proceeds go directly to Centraide.

The Sir George Williams Campus pasta lunch will be held on November 1 from 11:30 a.m. to 2 p.m. in the atrium of the Engineering, Computer Science and Visual Arts Integrated Complex (EV Building).

The one at Loyola Campus will be on November 30 from 11:30 a.m. to 2 p.m. in the Loyola Jesuit Hall and Conference Centre (RF Building).

Are you curious about where your hard-earned $12 is going?

Santropol Roulant is just one of the 356 agencies and projects that benefit from Concordia’s fundraising efforts on behalf of the Centraide of Greater Montreal campaign, which raised $54.3 million in 2015.

“Centraide is one of the few sources of funding that makes a longer term commitment, confirming three years at a time, so you can focus on programs and make an impact,” says Concordia student Niamh Leonard, the director of development at Santropol Roulant.

Santropol Roulant is an intergenerational community food hub that grows, prepares and delivers food, including Meals-on-Wheels for 300 to 350 people in Montreal per year. They create a continuum of services that help build a stronger social fabric, and increase food security and social inclusion for Montrealers. 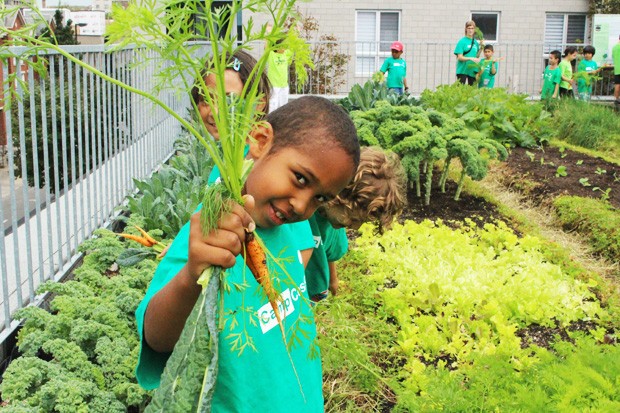 In addition to benefitting from the university’s United Way/Centraide campaign, Santropol also gains from services at Concordia like the Dish Project. It’s a student-run, non-profit organization that rents plates, related dishware, glasses of all kinds, serving trays, cutlery and more.

“It’s actually very expensive to rent dishes from a caterer or a for-profit company, so the Dish Project is an amazing, sustainable service,” adds Leonard. “We’ve used it a few times already and we plan on doing so again in the future.”

The Dish Project’s slogan says it all: “Start reducing waste, one paper plate at a time.”

If you’re interested in getting involved, please send an email to volunteer@dishproject.ca.

In 1975, Centraide Montreal was born. The umbrella organization replaced the Federated Appeal of Greater Montreal. Concordia has been fundraising for the annual campaign from the beginning.

More than four decades later, the Concordia United Way/Centraide Campaign is still thriving. Last year, it raised $187,174 — 98.5 per cent of its goal.

“There are lots of fun things planned to keep people inspired. If we do it together, this important challenge can be conquered,” says Bram Freedman, Concordia’s campaign chair, who explains that there are many ways to give. These include donating via payroll deduction or a one-time donation through Concordia’s secure system, volunteering or attending events.

Volunteers are the lifeblood of the Concordia United Way/Centraide Campaign. Send an email to unitedway@concordia.ca to participate in the following initiatives: