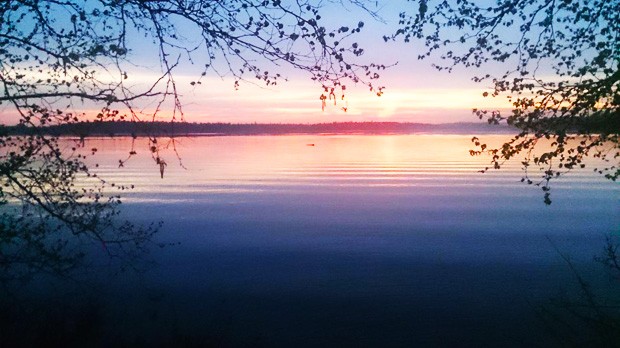 In celebration of Science Literacy Week (Sept. 19-25), the Concordia news desk is highlighting a related activity every day. See Monday's Wiki for women in STEM!, Tuesday's 6 cool Concordia science courses for non-scientists, Wednesday's Rocketry and robotics at Space Concordia, and Thursday's 'Science is changing, and will change, our world.'

Below is an account from Adeyemi Adesina, a graduate student in Civil Engineering at Concordia, about working in the indigenous community of Rapid Lake, located in Quebec’s Outaouais region.

It’s a great morning. I wake up with such energy because I’m headed out on an amazing Let’s Talk Science outreach to Kitiganik School, in Rapid Lake with Let's Talk Science at Concordia University.

What an opportunity and privilege for me to talk about my passion: science! This trip will help me to enhance my leadership, teamwork and presentation skills.

I’m a science-curious graduate student studying civil engineering. My research is focused on creating sustainable and durable building materials. As a result of my passion for science, I joined Let's Talk Science Concordia, which is an avenue for me to learn more about science, and also to reach out to teenagers and youth and explain to them the importance and essence of science in our society.

I love volunteering because the simple acts one does can make huge positive impacts in people’s lives. And volunteering makes me happy — seeing smiles on people faces — it’s also an opportunity to meet great people, develop new skills and most importantly, make a difference in people's life and society in general.

I'm packing my stuff now and am looking forward to meeting the other volunteers. Hopefully I will find an awesome name for the group. I will update this as soon as I get the chance to write.

What a long journey!

Sorry I couldn’t write an update yesterday. So much happened, which has actually made this trip all the more fun and interesting.

So, going back … the journey down to here (which I will refer to as “the Unknown” because I couldn’t locate it on Google) has been great. I got into downtown Montreal — our point of departure — around noon yesterday, and in the spirit of excitement, I stopped by Coco Bun to get a strawberry cold juice.

While walking around the Henry F. Hall Building to kill time, I came across Yuliya, one of the leaders from the Student Success Centre, who was also going on the trip.

Both of us went to sit at the meeting point and wait for the others. Not long after, the awesome Minojj and Mithura arrived. I didn’t know they were siblings until I noticed their similar eyes. Then came the great and charming Bana, one of the coordinators at Let’s Talk Science. We all exchanged greetings, packed our stuff into Bana's car and started the journey to the Unknown.

Given the diversity among us, I named our team “The Incredible Five.” We headed off on our mission: to raise awareness among kids about the advantages of science and being a scientist.

The road to the unknown was so inspiring. Mother Nature showed us various exhibitions: from the trees to the lakes, all was in harmony. Four hours later, we arrived at our destination.

We got lunch at a restaurant then returned to our cabin to talk about the plan for the following day.

There was a power outage, which meant no electricity in the cabin, so we had to use candles. Outside, there were swarms of mosquitos like I’d never seen before.

Yuliya and I decided to take a walk and it wasn’t long before Mithura, Minojj and Bana joined. We all ended up watching the sunset together.

That night, there was a storm, which caused another power outage. The winds were so strong that it woke everyone up and we had to close all the windows to prevent water from coming in. The strength of the wind even made us afraid that it might blow away our cabin! 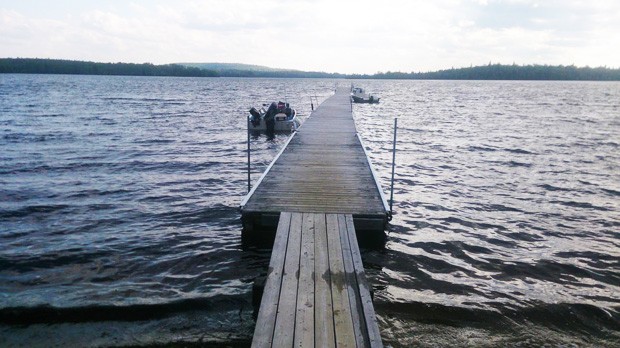 We all got up around 6:15 a.m. and headed to the restaurant. Over breakfast we discussed our plans.

The elementary school was located half an hour away, in the middle of nowhere. The principal welcomed us warmly when we got there, and everyone was so friendly, from the teachers down to the students.

I was struck by the intense curiosity of the pupils and their willingness to learn at a very young age. Each volunteer was assigned a classroom, and I took the Grade 1-2 class, which ranged in age between 6 and 8 years old. We started on a fun car-making exercise, creating our own little balloon- and rubber band-powered vehicles. Then we had some fun with a sling toy.

Using balloons and rubber bands to power cars explains the concept of car designs and how vehicles are powered and propelled using Newton third’s law of motion; which states for every action, there’s an equal but opposite reaction. This activity also helps to illustrate the conversion of potential energy to kinetic energy. The activity with the sling toy was use to observe how the angle of an incline plane affects how a slinky can walk down it.

Mithura worked with her class on surface tension, Minojj taught her students about the brain and Yuliya introduced another group to chemistry. Bana was a great help, checking in on each session to make sure everything was going well.

During recess, I had the opportunity to talk to some of the students about what they want to be when they grow up and the kinds of problems they want to solve. I was surprised that most said they aspired to be fishermen or hockey players.

We finished up around 2:30 p.m. and headed back to the cabin.

An evening to remember

That afternoon we deliberated on whether to go canoeing or hiking. Ultimately we agreed on the latter, and ended up making our way to a nearby beach.

When we finally got there we found a long dock. I was afraid at first of walking out over the water, but Bana calmed me down, reminding me that she was a lifeguard.

We spent a half hour just sitting on the dock, talking, taking pictures, sunbathing and playing a game of “guess what the cloud is.” Then it was back to the restaurant for dinner. after which we returned to our cabin. We’re headed back to the school tomorrow to conclude the activities we started today. We’ll be throwing a science fair where the students can show off their work.

This morning before leaving, we headed to the school. Again, we were greeted warmly by the principal, teachers and kids.

Minojj and I helped those in our class to prepare their presentations on cards while explaining to them the concept of basic science reports (Concept introduction, Scientific method, Team Division, variable assignment, testing, recording, tables and graph, results, discussion and conclusion) and teaching them how to deliver an oral presentation.

I loved the positive attitude the kids had towards learning!

The purpose of this study made by this grade is to determine if exercise has any effect on critical brain function; memory. It was observed in the study that those that did exercise before performed better in a memory game

Soon after, everyone in the school gathered in the lunch room where the presentations were given. The principal made a speech thanking us, and then each volunteer was given a chance to discuss their projects.

When the fair ended I felt happy about a job well done. We said our goodbyes and got warm hugs from some of the students. At 11:30 a.m., we packed up and headed down to the restaurant to have lunch before returning to Montreal.

Special thanks to Let’s Talk Science Concordia for this opportunity, my fellow volunteers for making it an incredible experience and especially to Bana for driving us while we all slept in the back. I’m looking forward to another great outreach trip soon.

Find out how you can volunteer for Let's Talk Science Concordia.