Raymond Paquin: ‘Our students must reach beyond traditional programs’

It’s a few months into Raymond Paquin’s mandate and the new principal of Concordia’s Loyola College for Diversity and Sustainability (LCDS) is excited for what the future holds. 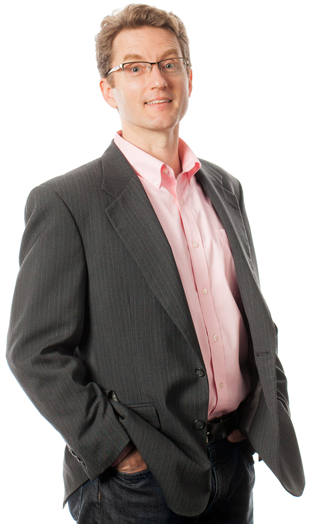 “We are inundated with sustainability- and diversity-related problems in the news, and often in our daily lives. To me, the question is not why are these topics so vital now, but rather why have we ignored them for so long?”

As Paquin sees it, one solution is education.

“Our students must reach beyond a traditional program of study to explore complex issues from a number of disciplinary perspectives,” Paquin says. “This will help them to better see and engage in the world as they pursue their careers, and build their lives beyond the university.”

“The college has been very successful in collaborating across departments, across faculties and with other universities,” he says. “It offers opportunities for faculty seeking to develop new courses and programs which sit outside existing departmental and disciplinary boundaries, or which integrate with the community in new ways.”

'The general population is becoming attuned to sustainability'

Paquin, an associate professor of management at the John Molson School of Business, was drawn to Concordia in 2008 by the prospect of working with others who address sustainability and societal challenges in a business context.

“For me, this means learning how other disciplines and communities also engage in these issues.”

In his first few years with JMSB, Paquin attended and occasionally gave talks in other Concordia faculties, Montreal universities and venues around the city. His new connections at Concordia introduced him to LCDS and in 2012, he was invited to join as an academic fellow.

In June 2016, when he was named principal at LCDS, Paquin became the first Concordia departmental chair to be cross-appointed between faculties.

“One of the aspects that really attracted me to the college and its students was the interdisciplinary perspective shared by many of those involved with it,” he says.

“Students have been increasingly demanding of it,” he says. “The general population is becoming attuned to sustainability issues.”

In the meantime, other opportunities for collaboration already exist.  “LOYC 398 - Orientation to International Community Engagement” — a popular interfaculty course co-sponsored by the Faculty of Fine Arts, the Faculty of Arts and Science, and JMSB — is in its third year running. As well as being hosted by a different faculty every year, this course is effectively team-taught by professors from various departments across the university, each bringing their own expertise and passion to the material.

LOYC 398 also serves as an introduction for students participating in CEED Concordia, an ongoing community-development partnership between the university and Gulu, Uganda.

'You may have to work hard, but you'll be glad you did'

After earning degrees in music, instructional design and organizational behaviour, Paquin spent years researching sustainability in business. He appreciates academic variety and encourages students to consider it at LCDS.

Paquin also hopes to continue the LCDS tradition of welcoming diverse speakers and interdisciplinary conferences to Concordia, such as last winter’s talk by Robert Calderisi (BA, 68), former director of the World Bank, and the popular Nordicité symposium in March.

This year, the LCDS will contribute to hosting the HIV/AIDS seminar series and send students to New York to participate in its 12th annual International Concordia-Siena Conference on Globalization.

The college will also host a two-day conference on Sustainability across Disciplines, with keynote speakers Daniel Simberloff, a renowned conservation biologist from Tennessee, and Sofie Petersen, an Inuit bishop and climate justice activist from Greenland.

LCDS gives students different lenses through which to see the world and approach problems — whether they’re sitting in a Loyola Campus classroom, visiting an under-resourced school in Montreal North, or helping a remote Ugandan village hook up solar panels.

“If you want to be in small classes exploring important issues from a variety of disciplinary perspectives with interesting classmates from across the university, you should join the college,” Paquin says.

“You may have to work hard, but you'll be glad you did.”

Find out more about Concordia's Loyola College for Diversity and Sustainability.