The award-winning doctoral student and indigenous feminist confronts prostitution ‘as a form of colonial male violence’
|
By J. Latimer 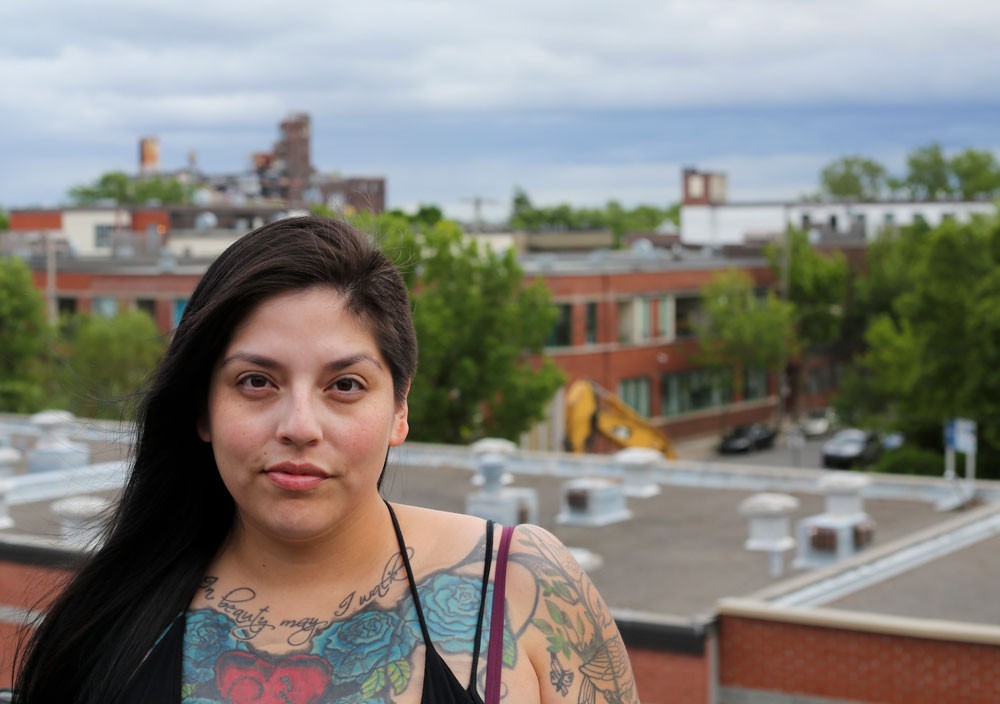 Indigenous activist and artist Cherry Smiley will never forget the light-bulb moment she experienced during her first feminist theory course.

“I was an undergraduate student at the University of British Columbia’s Okanagan campus at the time, struggling with insomnia and a severe eating disorder,” says Smiley, now a doctoral student in Concordia’s Department of Communication Studies and winner of a 2015-16 Trudeau Foundation scholarship.

“I was in a lot of pain and didn’t know how to deal with the violence that had happened in my home, growing up.”

In that feminist theory course, most of the readings were written by women of colour and indigenous women.

“That was a first! I started to see that what happened to me was not my fault. It wasn’t happening to just me. It was part of a larger structural problem and there were women out there fighting back.”

From that moment on, Smiley’s work as an indigenous feminist activist and artist came into focus, informing her studies and research.

Now, with her Trudeau scholarship, she’ll be able to make a documentary film about prostitution as a form of colonial and patriarchal violence against indigenous women and girls.

Each year, the Pierre Elliott Trudeau Foundation rewards up to 15 outstanding doctoral candidates in social sciences and humanities programs who are doing research in areas related to four themes: human rights and dignity, responsible citizenship, Canada’s role in the world, and people and their natural environment.

“Cherry’s film proposal addresses human rights and dignity, head-on,” says André Roy, dean of Arts and Science. “By engaging community and exploring new frontiers to get to the root of complex contemporary issues, her work boldly reflects the values of our faculty.”

Art making is an important part of Smiley’s practice.

“That’s why I applied to Concordia — because the Communications Program has a strong emphasis on research creation,” says Smiley, who grew up in Vernon, BC, but spent time as a child among her Nlaka’pamux (Thompson) and Diné (Navajo) nations.

Smiley completed her MFA at Simon Fraser University, where her artwork was based in photography and installations incorporating photos, text, experimental video and sound.

During her studies, she worked at a crisis centre and a transition home for women survivors of violence and their children. She also helped coordinate an anti-violence group for aboriginal girls and co-founded an NGO activist group called Indigenous Women Against the Sex Industry.

Last year, she made her position clear in an article for The Globe and Mail called “Real change for aboriginal women begins with the end of prostitution.”

Documentary with a mission

Smiley will include women from across the country in her documentary, and possibly some from New Zealand. Her goal is to give them a larger platform to speak.

“So often what happens is that indigenous women who’ve been in prostitution or women like me — who’ve been survivors of rape and sexual assault — are asked to open those wounds repeatedly and tell their story. But that’s the only role they’re given, as victim or performer,” says Smiley. “I want to position them as experts and give them space to influence policy … The final component of the film is to look for solutions from indigenous feminists and non-indigenous feminists.”

This summer, with the help of the Trudeau scholarship, she’s busy in pre-production and she’s grateful for the opportunity.

“I really want to thank the team at the School of Graduate Studies, who organized a mock interview for me, my supervisor Yasmin Jiwani, as well as Monika Gagnon, and Jeremy Stolow, director of the PhD Communications Program, for all their support,” says Smiley.

Learn more about the Trudeau Foundation's fellowships, mentorships and scholarships.

Find out about the exciting research being produced by graduate students in Concorida's Department of Communications Studies.