‘Gary Johns knows what will make a field come alive’

A Concordia professor emeritus lands the Academy of Management Review's coveted Decade Award for his research into the power of context on organizational behaviour
|
By J. Latimer 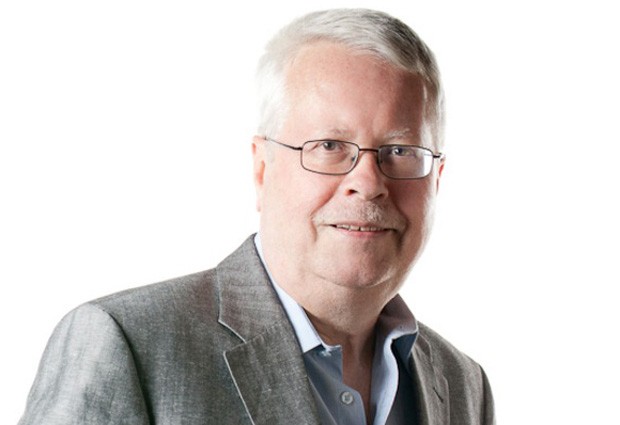 Gary Johns: “It’s proof that I was saying something important.” | Photo by David Ward

“Gary Johns is a builder of the John Molson School of Business’s international reputation,” says Stéphane Brutus, interim dean of the JMSB. “The early founders of the JMSB each had their role to play and Gary’s role was research.”

Brutus is discussing the legacy of Johns, a professor emeritus in the Department of Management, because Johns just won the coveted Decade Award from the Academy of Management Review (AMR).

His article “The Essential Impact of Context on Organizational Behavior” (April 2006, Vol. 31, No. 2), beat out other eligible papers because it received the most citations over the past decade.

“You need to understand, that journal is the holy grail of the discipline,” says Brutus, adding that in terms of impact factor, the AMR is ranked first of 115 research journals in business and second out of 185 in management.

Johns describes his article as a plea to understand the power of context on organizational behaviour. He contends that most management theories don’t take into account the context in which they’re going to be used.

“For example, do management theories developed in North America work in China? That’s the easiest way to explain the application of contextual thinking,” he says.

Johns is thrilled about winning the award.

“It’s proof that I was saying something important,” says Johns, who retired from Concordia in December 2015 and is currently an adjunct professor at the University of British Columbia’s Sauder School of Business. “That feels pretty good. I’m happy because the article has been cited across a wide variety of disciplines. I think the next big findings are going to occur across disciplines and my topic spoke indirectly to that issue… I don’t think a younger person who hadn’t read widely across different fields couldn’ve written that paper.”

The ironic thing is that Johns’s main area of inquiry is not the power of context on organizational behaviour, but rather absenteeism and presenteeism — when people decide to go to work while feeing ill.

“It’s more of a sideline, really, although this philosophy of paying attention to context has informed most of my work.”

Indeed, Johns is known worldwide for his primary focus of research.

“He’s an international name,” says Linda Dyer, chair and professor of management at Concordia. “I remember Gary saying that he liked researching absence because it was a real behaviour. Very often, people in our field study things that are inside people's heads, like commitment, stress and motivation. Whereas absence is concrete — you're there or you're not there. It's measurable. Business owners immediately understand the value of studying absenteeism and presenteeism.”

From Brutus’s perspective, Johns is the best kind of researcher to have on board.

“Not only does he bring prestige to the JMBS by winning this kind of award, but he also contributed to the school at the service level throughout his career,” says Brutus, who considers Johns a mentor. “He supervised seven PhD students, he was director of the MBA for two years and director of the PhD and MSc programs for nine years. Most researchers of his stature do not devote time to administration because they consider it a lesser activity. Gary wasn’t like that.”

Brutus also appreciates Johns’s commitment to stay at Concordia, noting that he could get an offer to work at any business school in the world, but he chose to remain in Montreal.

Johns explains, “I chose to stay because I received a Tier 1 Concordia University research chair covering 14 years. That changed everything for me. It enabled me to travel, fund postdocs and fund other students. It really made the difference.”

One of Johns’s colleagues at Concordia for many years was Vishwanath Baba. They held grants together, along with Muhammad Jamal, from Quebec’s Fonds pour la Formation de chercheurs et l’aide à la recherche and the Social Sciences and Humanities Research Council of Canada.

“When Gary gets an idea, he finesses it and it becomes a tour de force,” says Baba, now a professor of human resources and management at McMaster University’s DeGroote School of Business. “Presenteeism, for example, was a rogue concept when he started it. Everyone knew absenteeism, but not presenteeism. He just knows what will make a field come alive. He sees the potential in ideas before others see it.”

Another benefit of having Johns on faculty at the JMSB was his international roster of professional friends who agreed to come to Concordia as guest speakers.

“He has the network and the pull to invite people like Adam Grant, Sharon Parker and Katherine Klein to Concordia,” says Brutus. “It’s great for the students and junior faculty to get exposure to people at that level.”

A researcher at heart

For his part, Johns is most proud of building the PhD program and supporting research in the management department and the JMSB.

Dyer echoes the significance of this aspect of Johns’s work: “Gary’s PhD course in research methods drew people from all over the city,” she says. “It was always full.”

Even though Johns is retired, his text book, Organizational Behaviour, is still going strong, now in its 10th edition.

“I’ll never forget the day he found a bootleg of his text book translated into Chinese,” says Dyer. “He was thrilled. He always wanted to reach a wide audience.”

Gary Johns will be honoured on August 9 at the AMR editorial board meeting at the National Academy of Management meeting in Anaheim, California. Read his winning article today.