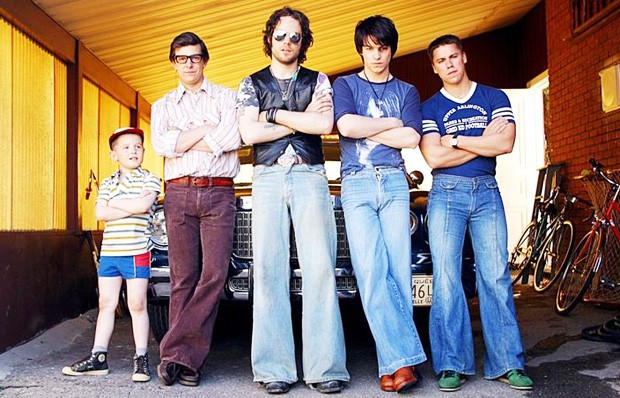 It was a little over seven years ago when my former professor Tom Waugh came up with a brilliant idea for a book series. Since the BFI series of monographs on films — allowing a writer to ponder a single film in depth for an entire book — had proven such a point of fascination for cinephiles, academics and journalists, why not do the same, but with a focus on queer cinema?

It was too good for our publisher, Arsenal Pulp Press, to turn down. And then came the hardest part: taking the lengthy list of proposals and boiling it down to the titles we would actually be able to include in the series.

Academics, journalists and film-festival programmers had all approached us with various titles. Despite the strength of many of the proposals, we made a key decision early on: that we wanted the series to be as off-the-beaten-path as it was diverse.

That meant saying no to a number of great pitches, including one for an entry on Brokeback Mountain. As much as we admire that film, there have already been three anthologies dedicated to it, so we felt some other titles were probably more in need of the attention.

After launching volumes on a wide variety of films — including Fire, Paris is Burning, I've Heard the Mermaids Singing and Strangers on a Train — reviewers took note, picking up on a big part of our mission. "Each book offers a close reading of an underrated film," wrote one critic in Film Quarterly, "which restores that film to its significance within queer history."

They went on to praise the series for "break[ing] new critical ground." It's been particularly gratifying that the series has drawn praise from academic publications while simultaneously getting notice in the more public sphere of journalism, including The Washington Post and The New York Times.

Our most recent volume presents a particular point of pride for its sheer local angle. Robert Schwartzwald, a professor of English literature at the Université de Montréal, has penned his book on C.R.A.Z.Y., the 2005 Jean-Marc Vallée film that proved a hit with both critics and audiences alike.

With his engaging writing style, Schwartzwald analyzes the film through both a personal and political lens. C.R.A.Z.Y.: A Queer Film Classic is a book that will please fans of the film and followers of Quebec's robust cinema culture.

Matthew Hays teaches courses in film studies and communication studies at Concordia University and Marianopolis College. His articles have appeared in The Guardian, The New York Times, VICE and Cineaste.

Find out more about the Mel Hoppenheim School of Cinema and the Department of Communication Studies.