In anticipation of the polymath's March 30 visit to Concordia, explore these clips and quotes. 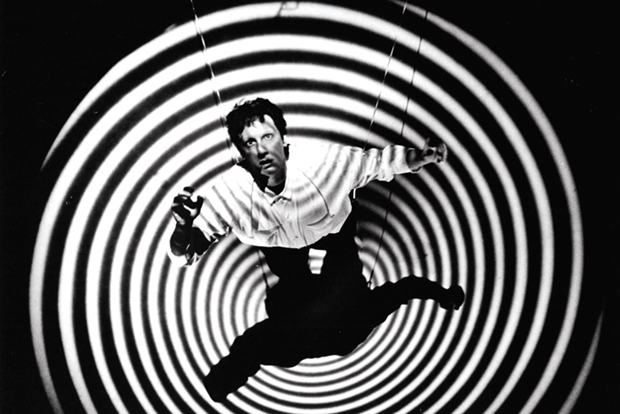 Needles and Opium, an early Robert Lepage triumph. | Image courtesy of the artist

Perhaps nobody knows more about the need for versatile artists with multidisciplinary knowledge, training, and expertise than Robert Lepage.

The influential Québécois director, playwright, actor and film director received an honorary doctorate from Concordia in 1999. On March 30, he is returning to the university to discuss performance creation with Silvy Panet-Raymond, a professor in the Department of Contemporary Dance.

In anticipation of the evening talk, we compiled some of Lepage’s published thoughts on theatre.

"Everybody has these explanations of how theatre started. There are many tales, many myths, but the one that suits me the best is the idea that gazillions of years ago, people gathered in a quarry, made a big bonfire, and told stories to each other. And eventually somebody had the idea of standing up and using his shadow to tell the story, and that’s how theatre was born… from that moment of man realizing that he can create figures that are larger than life.”

The official trailer for Quills, the latest production from Ex Machina.

“I always wanted to express myself artistically, but most artistic disciplines were very individual. Whether it was painting, music or writing, it was very exposing. What I liked about theatre is that you could hide behind a group.

“When I first saw people on stage perform, it was a high school play at a girl’s school. They were playing both men and women. It was the most amazing moment in my life, and I thought, I want to do this. This is what I want to do.

Shakespeare, and writing for the ‘meat grinder’

“Everybody has this image of “Shakespeare in Love.” He’s in this ivory tower with a quill and he’s writing about his muse… Of course, nothing could be more false than that.

“Shakespeare was a man of the theatre. If he did exist, he was a designer, he was a director, and he had to make the thing work.

“There’s this thing, where the plays today that are written have never been put into the meat grinder of something called the production. It’s exactly the opposite of what happened in Shakespeare’s days.

A lot of work we do involves that — all of the dramaturgical solutions are always intimately connected to the technical solutions… Good theatre has both its form and its content working together, meshed together.”

Source: Robert Lepage at the Banff Centre in 2014.

Being open to change

“Then I come along, and say, ‘Oh let’s change this. It doesn’t work.’ Then we change it again. We do that, until the very last performance. We consider the piece written on the very night of closing. That’s when it should be called written. It’s not on the first day, it’s on the very, very last day.”

Source: Robert Lepage at the Banff Centre in 2014.

Find out more about this season’s Thinking Out Loud events at Concordia.