E-cigarettes are not permitted in non-smoking areas at Concordia
|
By Office of the Vice-President, Services 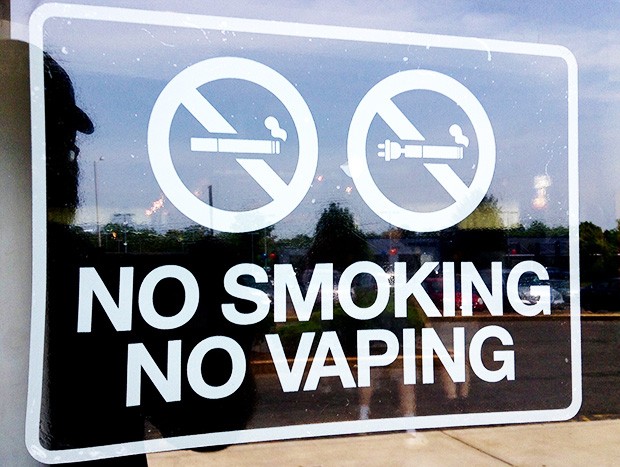 E-cigarette users are asked to refrain from vaping in all non-smoking areas. | Photo by Mike Mozart (Flickr CC)

It’s official. Vaping is not allowed in non-smoking areas on campus.

Concordia’s Smoke-Free Environment Policy now addresses vaping and the use of electronic cigarettes.

The revised policy took effect on September 1, 2015. It defines e-cigarettes as “any cigarette-shaped device including any vaping device containing a nicotine-based liquid or any other mixture which can be used in such devices and that is vaporized or inhaled.”

E-cigarette users are asked to refrain from vaping inside, or in other non-smoking areas.

All official university policies are available online. This is the third in a series of policy-related articles over the past four weeks.