Nominate a student for a medal

Six non-academic medals and an award to be awarded at spring convocation
|
Source: University Communications Services 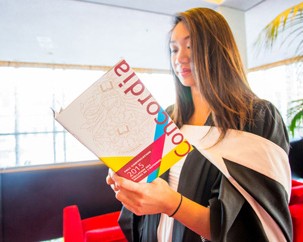 Enrolment Services is soliciting nominations for the 2016 spring convocation non-academic medals and awards.

Graduating students from fall 2015 and spring 2016 may be nominated for the following medals:

1. The Concordia Medal is presented by the Concordia University Alumni Association to an undergraduate graduating student who has displayed distinctive leadership ability through both academic and non-academic achievements and has won the outstanding commendation of his/her fellows and of the Faculty.

2. The Dean of Students Medal is presented by the Dean of Students to a graduating student in an undergraduate or graduate program who has demonstrated a high level of engagement in student or community life under exceptional circumstances and maintained academic excellence while having made a difference either within Concordia or in the outside community through involvement in volunteerism or the development of an initiative that addresses a problem within society.

3. The Malone Medal, presented in honour of Rev. Patrick G. Malone, S.J., is awarded to the undergraduate graduating student whose efforts and dedication best exemplify the values of the university within the internal Concordia community.

4. The O’Brien Medal in honour of Dr. J.W. O’Brien is awarded to an undergraduate graduating student whose efforts and dedication best exemplify the values of the university within the larger external community.

5. The Provost’s Medal for Outstanding Achievement is presented to a graduating undergraduate student whose commitment and spirit towards academic excellence, leadership, athleticism, and civic responsibility reflect the values exemplified by Concordia University and the Office of the Provost.

6. The Stanley G. French Medal is awarded to a student graduating from a graduate program with high academic standing for outstanding contributions to student life.

7. Open to all members of the Concordia community, the First Graduating Class Award is presented to a person or group who has made the most innovative contribution, either academic or extra-curricular, to university life.

Nomination forms and the criteria for each medal and the award are available online. The nominations must be received by Enrolment Services, c/o Convocation Awards, S-LB-700, by March 31, 2016.