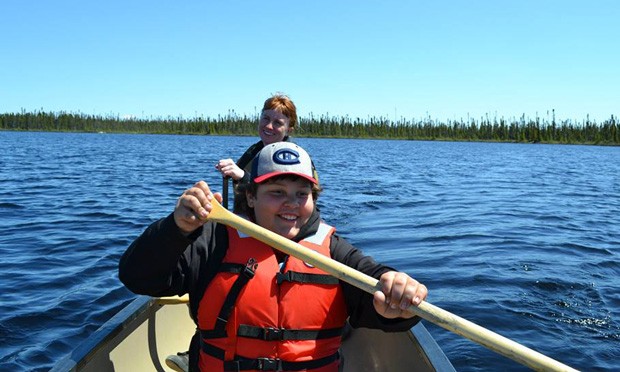 Students join Concordia’s Institute for Co-operative Education for the opportunity to work in positions related to their field of study. But Co-op is also a chance to make a significant contribution to society, and create some lasting memories.

In 2014, Co-op added new programs in sociology and anthropology, along with journalism and political science, and now has more than 35 offerings.

"The students who sign up for these Co-op programs are often interested in sustainability and social justice," says Gerry Hughes, director of the Institute for Co-operative Education. "This sets them up well for positions with a large variety of government agencies, educational institutions, and non-profits."

Students enrolled in the new programs have come back from their work terms with a wealth of professional experience under their belts and new ideas about where their degrees could take them. We checked in with three of them to find out about what they gained from their work terms. 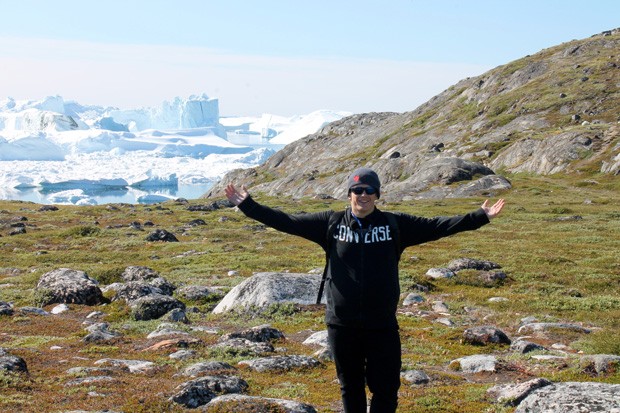 Suddenly, someone yelled at him and the others who were splashing around to get out and get dressed. Fast.

“‘There’s a bear coming,’ they said. ‘He’s about a mile away and coming toward us right now. We need to get in the boat and get out of here,’” Fitzsimmons recalls.

When he signed on for his first work term in 2014 doing “urban outreach” with Parks Canada, Fitzsimmons had no idea where it would take him — he certainly didn’t envision running from polar bears in a remote northern inlet.

His first position involved working out of Toronto, where he attended public events such as fairs and festivals to promote Canada’s natural heritage.

“We'd be there giving people airbrush tattoos, taking green-screen photos, handing out brochures, answering questions about animals and stuff like that, all related to national parks,” says Fitzsimmons.

One component of his work, called Tundra Track, introduced Toronto Zoo visitors to Arctic wildlife and traditional Inuit practices. This sparked Fitzsimmons’ interest in one day visiting the region.

Last summer, Fitzsimmons secured a second work term with Parks Canada, this time focused on northern engagement and outreach. “My job was to talk about the North, create programs for the North, and then go on an actual expedition to the North, so I could bring first-hand experiential knowledge back,” he says.

He was invited to join a Students on Ice expedition to the Arctic as a northern engagement student. On July 27, he embarked by ship on the two-week trip, which took more than 100 students and educators to Greenland, then over the Davis Strait to Nunavut.

“Sometimes we imagine the Arctic as a distant, empty, vast, harsh land. It's quite different,” Fitzsimmons says. “It is a very lived land, a very historied land. It is vast, and it can be harsh, but it's also beautiful, it's calm and it's vibrant.”

Bear scares aside, Fitzsimmons is glad he joined Co-op’s new program for anthropology students. “One thing you hear outside of school is, what are you going to do with your degree?” he says. “I would never have imagined that Parks Canada would be interested in anthropologists, but it turns out they're highly interested.”

Fitzsimmons continues to work part-time in northern engagement and outreach for Parks Canada. He’s already thinking about a master’s degree focused on the North. “I want to go back, if I can find a way. It’s an infectious region,” he says. “I've had invitations from people to stay at their places and go seal hunting in Iqaluit.” 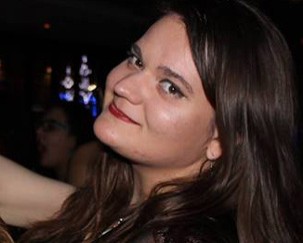 Sociology student Dahlia Belinsky spent last summer reaching out to First Nations across the country on behalf of the Government of Canada’s Department of Indigenous and Northern Affairs.

“I ran the social media, meaning Flickr, LinkedIn, YouTube, but mostly Twitter and Facebook,” she says. Her days were spent researching news and events relevant to her audience and then crafting posts about them. “We had campaigns directed toward reserves across Canada,” she says.

Belinsky is also enrolled in Concordia’s Minor in Interdisciplinary Studies in Sexuality. While she doesn’t have a native background, she has a particular interest in minorities, and in social justice and human rights for the LGBTQ community. This made the job a good fit for her.

“Two spirit [identity] is something that I happen to study a lot, and that’s the main connection I had and one I brought up,” she says. “I did my best to mention it during my time there and promote different two-spirit events happening throughout Canada.”

Another project that Belinsky took on was the promotion of powwows happening across the country. “Outsiders are invited in, you can learn so much about Aboriginal culture, and it's a fun event. You're dancing, you're enjoying food,” says Belinsky.

Then, with the 2015 elections looming, the federal government enforced a blackout at the beginning of August. “All the stories I wanted to talk about were pegged,” Belinsky remembers. “I couldn't post any social media past that date, because we had to be non-biased, which was unfortunate.”

The Co-op position represented an incredible learning opportunity for Belinsky. “When I got the job I was so excited because it dealt directly with social media,” she says. “You can reach a huge audience but still have those very small interpersonal interactions.”

It also made her realize that, next time, she wants to be on the ground.

“Overall, I'd prefer to work on a more community-based level — actually going in and learning what [Aboriginal people] have to say. I liked the communication aspect of the job, but it'd be nice to see a more micro level. How people can mobilize themselves, not so much how we can help them,” says Belinsky. 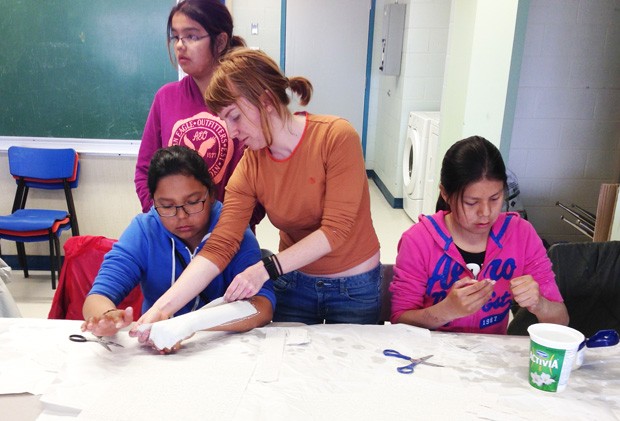 Sociology student Frances Smyth had already registered for her winter 2015 classes at Concordia when the call came about a work-term opportunity in the northern James Bay Cree community of Waskaganish.

“It was a month before I had to leave,” she recalls. But everything fell into place, and in January 2015 she began a seven-month, double work term running non-academic programs for children at an elementary school in Waskaganish. She also got to help out in the high school next door.

Her tasks included helping set up a student council, running sports programs, giving cooking and art lessons and gardening with the kids. A summer camp veteran, Smyth was skilled at filling in where needed, but working with children in a remote, northern Aboriginal community was a new challenge.

“Their ideas about time and structure are different,” she says. “Generally, they have a lot fewer rules, so it's hard to say, ‘do this and that,’ because often they’ll just say they don’t want to.”

The children were a lot more independent and willing to take the lead on activities, she adds. “They’re just happy to get going on something with each other, and so they’re less needy for your attention.”

The adults in the community were really welcoming toward her. “I got to go to someone's camp and they showed me how to skin a beaver. Also, [I was] invited to their feasts.”

During her time in Waskaganish, Smyth took the opportunity to benefit from free Cree language lessons, since she hopes to one day return to work in the region.

“I'm really happy I did it,” she says of Co-op, adding that the Institute’s support was key in helping her secure her work placement in Waskaganish.

“Sociology is so broad, so you can find something you're interested in.”