The road to Tesla 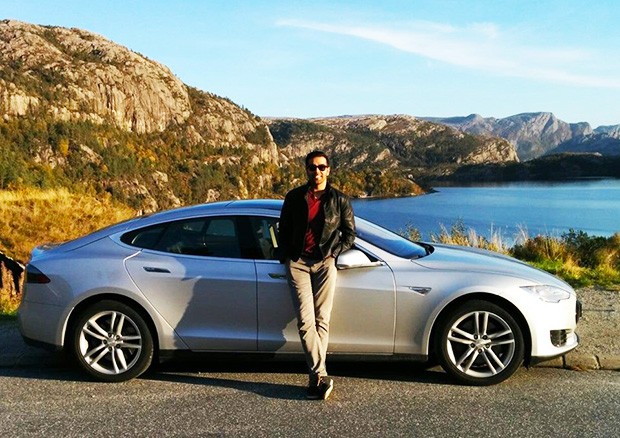 "My enrollment with Co-op was so valuable," says Sandeep Singh Sandhu, seen here with a Tesla Model S.

Elon Musk’s electric car company hired Sandhu to work at its facility in the Netherlands in May 2014. Sandhu says the job seemed like it would fulfill his desire to make a difference in the world. “You feel like you’re working on a piece of technology that might define the future of sustainable transport.”

A graduate of the Department of Mechanical Engineering, Sandhu was a member of Concordia’s Institute for Co-operative Education. He recalls his work terms as milestones on the road to his position at Tesla. “You get real work experience while studying, and it helps you understand which direction you want to pursue with your career,” he says.

Sandhu spent two of his Co-op work terms at CAE working on flight-simulation software for the aerospace industry. After graduation, he didn’t get hired right away, so he accepted a nine-month internship with General Electric’s Lighting Solutions in Montreal. 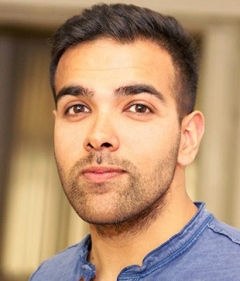 Finally, in July 2013, he got a job as a mechanical engineer with Lockheed Martin in the Netherlands. Aerospace wasn’t his first choice, he says, but the position offered him a chance to see what Europe had to offer.

In the spring of 2014, Sandhu was approached by Tesla’s Human Resources team. He wasn’t hired after the first meeting, but the company piqued his interest and he applied for another position that seemed like a better fit.

Tesla must have liked what they saw, because Sandhu was soon on a flight to California. From there he was quickly dispatched back to Europe, where he began working as a diagnostic engineer at the electric car company’s European hub in Tilburg, Netherlands.

Sandhu is a member of the small team taking care of a key component of Tesla’s vehicles: the famous High Voltage (HV) Battery. “It’s a fascinating piece of technology,” he says, adding that working with his team also comes with a lot of responsibility, which all flows down from the company’s exacting CEO.

While working for Musk can be intimidating, Sandhu appreciates his boss’ hands-on approach. Mostly, Tesla’s founder channels his trademark intensity into encouraging his employees. “He sends out motivating emails thanking specific departments,” Sandhu says, adding that Musk makes it known that individual contributions are essential to the company's success.

Although the burgeoning enterprise now has 3,000 employees, it still runs like a start-up, and the pace is relentless. “After one year at Tesla, you feel like you’ve been here for five years,” Sandhu says.

This past May, Sandhu was promoted to senior engineer for his division. Among the tasks he had to learn recently was how to conduct interviews of prospective employees.

What advice does Sandhu have for Concordia students, many of whom will soon be out there seeking their own dream jobs?

Get involved, he says. Join student clubs, take part in competitions or even apply for volunteer positions. “Companies appreciate this. You gain new skills with every experience. And employers look for that ability to learn new things and new concepts quickly!”

It was a long road to Sandhu’s current position with arguably the world’s most ambitious motor company. But all the hard work was worth it, he says, adding that he wouldn’t have gotten there without the real-world work experience he gained as a Co-op student at Concordia.

“My enrollment with co-op was so valuable,” he says. “But simply being in Co-op didn’t guarantee success. It also required defining big goals and having the constant drive to achieve them.”