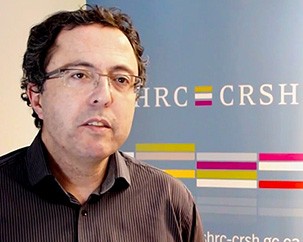 “These public discussions need to lead us to answers, and to alternatives we may not yet have thought of,” says Chedly Belkhodja, principal of the School of Community and Public Affairs.

Concordia’s School of Community and Public Affairs’ (SCPA) annual Public Panel series is about to kick off — and, as usual, the students organizers aren’t shying away from hard topics.

Starting this evening, February 2, at 6 p.m., everyone is invited to attend discussions on some of the most pressing issues in the news today. First up? Syrian refugees in Quebec.

“I wanted this year to be very dynamic,” says the school’s principal Chedly Belkhodja, who came up with the subjects after consulting with students and colleagues. “We always have good community turnout at these events, and with the topics this year I think it’s going to bring even more of the public.”

Students organize the discussions as part of a class assignment for the year-long full-credit course “SCPA 301 - Social Debates and Issues in Public Affairs and Public Policy.” The course is mandatory for all SCPA students. To plan the panel talks, the class is divided into teams, and each group is assigned a topic.

“It’s a very important course,” says Belkhodja. And it’s not an easy A. Students are given a starting budget of $200, and must then raise any additional funds needed, as well as find a location, invite speakers and moderators, and oversee their event. “I supervise them, but it’s really a student initiative,” Belkhodja says.

The topics the panels address are provincial, national or international in nature, but have strong local significance.

“In terms of Syrian refugees, there’s the context of more and more arriving in Montreal, and we are asking a lot of questions about the capacity of the province and the city to absorb these people,” says Belkhodja. “There’s also the question of private- versus government-sponsored refugees.”

SCPA student Ryan McHugh helped plan the event. “My team and I have been working hard since the beginning of the fall term to bring our panel to the public,” he says. “We want to create a discussion on how the province is helping the recent refugees find housing, jobs, language education and health care, and if more can be done.”

McHugh has been the team’s communications person. One of his tasks was to find panellists, who include Rivka Augenfeld, a representative from the Table de concertation des organismes au service des personnes réfugiées et immigrantes (TCRI), and Paul Clarke, executive director of Action Réfugiés Montréal.

Other topics with major Montreal significance include radicalization, pipelines and public art. “The public art one is very local,” Belkhodja says. “Every year, I try to think of a topic that is really ‘Montreal.’ With the city’s 375th anniversary coming up, this seemed like a great topic.”

Ultimately, the goal is to find creative solutions to pressing social issues, says Belkhodja. “These public discussions need to lead us to answers, and to alternatives we may not yet have thought of.”

The School of Community and Public Affairs’ Public Panel series begins with Helping Place the Displaced: How Are We Integrating Refugees into Quebec Society? on Tuesday, February 2, from 6 to 9 p.m. in Room H-767 of the Henry F. Hall Building (1455 De Maisonneuve Blvd. W.), on the Sir George Williams Campus.

No Pipelines: What's Next? takes place on February 9, and Sexual Violence as a Weapon of War on February 16. Other discussions in the series are happening on March 8, 22 and 29. Check the Concordia calendar for more details.