Hockey, homophobia and Twitter: is the next generation of players any different?

On February 5, a Concordia researcher shares her findings about how young athletes treat gays on social media
|
By Elisabeth Faure 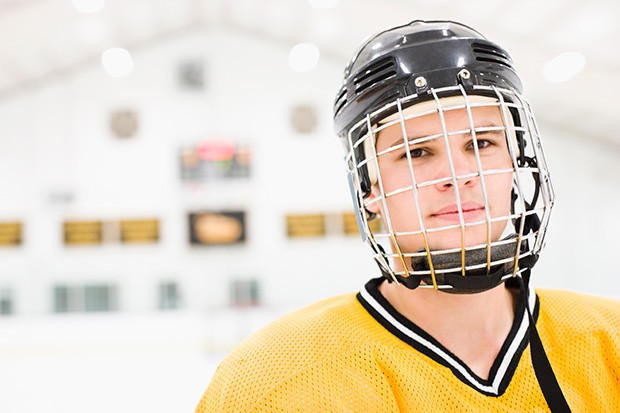 How do young, male hockey players view gender and sexuality?

It’s a question Cheryl MacDonald, a doctoral candidate in social and cultural analysis in the Department of Sociology and Anthropology, has spent the past three years studying.

On Friday, February 5, MacDonald will present the results of her research in a talk at Concordia: Social Expectations and Methodological Deliberations: Gender, Sexuality and Twitter in the Lives of Adolescent Male Ice Hockey Players.

MacDonald’s study, which focused on players aged 15 to 18, is the first of its kind and size in Canada. It’s timely, coming at a moment when government policy to combat homophobia is being developed, social media use is replacing traditional forms of communication and talk of openly gay athletes and homophobia in sports dominates headlines.

“‘Homophobia’ has become a catchword in mainstream sports media,” says MacDonald. “On the one hand, you have these recent accounts of athletes coming out, but on the other, of athletes making anti-gay statements or slurs.”

Part of MacDonald’s research involved Twitter, where she examined the profiles of 76 players. “I paid extra attention to posts that were related in any way to gender and sexuality, in order to be able to discuss the role they play in the players’ public self-presentations and interactions,” she says. 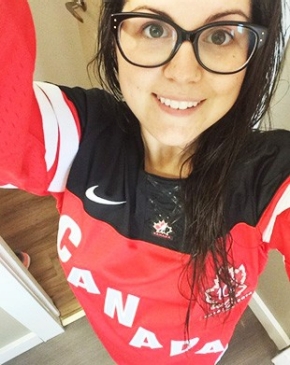 MacDonald wanted to see if the traditional stereotypes of hockey culture — that it is aggressive, homophobic and sexist — persist in a younger generation that is being encouraged to grow more accepting of gay male athletes and of Lesbian, Gay, Bisexual, Trans or Questioning (LGBTQ) culture in general.

“Midget [players under 18, the age range MacDonald researches] represents a particular nexus in the players' lives because they are members of a generation that is characterized as quite open to homosexuality, yet they participate in a sport that has traditionally excluded and ostracized homosexuality,” says MacDonald.

“Therefore, it is useful to track changes in attitudes toward homosexuality in boys’ and men’s ice hockey by discussing the subject with youth at this level.”

MacDonald faced several challenges when it came to the Twitter side of her research. “Twitter was not the best place to find information on gender and sexuality, and accessing the social media profiles that may have been more useful was impossible,” she says.

Her research on Twitter was complemented by interviews she conducted with players and coaches.

For instance, one key informant suggested to MacDonald some of his underage peers were using Tinder, a dating app, to meet women on road trips to games in other cities. For MacDonald it would have been wrong to use this platform in her research. “It would have involved jumping through several unethical hoops,” she says.

MacDonald hopes other researchers can learn lessons from her experiences in social media research.

Ultimately, she was surprised by some of what she observed on Twitter.

“I learned that the players’ attitudes toward girls and women are much more evident on Twitter than their attitudes toward homosexuality,” she says. “Indeed, it would appear that although the climate in boys’ and men’s ice hockey has opened up to the possibility of a gay ice hockey player, a small group of the players can still be said to discuss and find humour in stereotypical and sometimes insensitive portrayals of girls and women.”

In other words, while homophobic remarks weren’t necessarily prevalent, some young players had no problem being sexist on social media.

MacDonald has a few theories as to why that might be. “This may or may not relate to homophobia, since some scholars argue that by portraying women this way, boys and men are attempting to prove that they are heterosexual and manly, although I do not believe that this is the only explanation for Twitter posts of this nature.”

MacDonald, who will defend her research as part of her thesis this March, wants to keep studying the issue of boys, hockey and sexuality.

What does she want her audience to take away from her talk? “It remains crucial to educate male youth ice hockey players on the possibly offensive nature of some of their language and humour because they may be unintentionally insensitive to both women and homosexuals in their lives.”

But that’s not to say the problem is universal. “We cannot,” says MacDonald, “paint all male hockey players with the same brush.”

Young Men, Masculinity and Social Media: A Bilingual Colloquium takes place on Friday, February 5, from 2 p.m. to 4 p.m., in Room H-1120 of the Henry F. Hall Building (1455 De Maisonneuve Blvd. W.) on the Sir George Williams Campus. The event is free and open to the public.