A Concordian abroad: 'I dare you to try living without a toaster or a kettle' 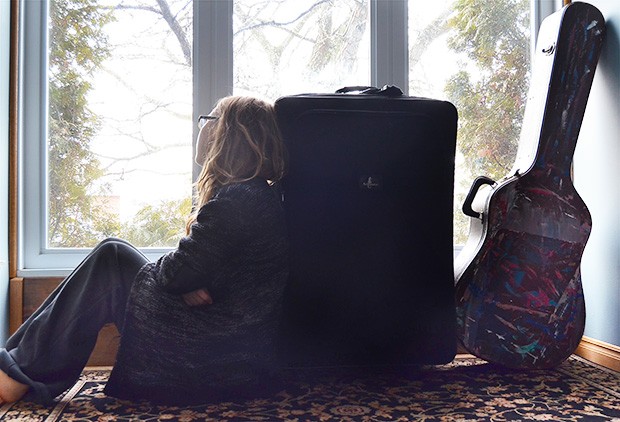 Every year, when the temperature plummets, the familiar urge to migrate takes hold. However, unlike in winters past, I'm actually leaving this month for yonder (warmer-ish) pastures.

In a little over a week I’ll be boarding a plane for Aarhus, Denmark’s second biggest city, where I will spend a term studying at the Danish School of Media and Journalism. It suddenly feels quite overwhelming (in a good way, I swear) despite it being months in the making.

If, like me, you find yourself entranced by the idea of an international exchange, read on for the important things I learned while preparing for my departure.

1. Expect to do a lot of the legwork yourself

Although Concordia International and academic advisors will help students with problems that arise, prepare to spend hours combing through university websites, evaluating program content and looking for course equivalencies.

In my experience it was a rather tedious exercise, and required me to go back to the drawing board more than once. Initially, I wanted to go on exchange for an entire year, but doing so would have required me to postpone my graduation. Reality bites.

2. Be realistic, and save up

Nonetheless, you’d be kidding yourself in thinking it alone can support your entire stay.

The Canadian dollar is low and the cost of living can be high, especially in certain countries (looking at you, Denmark). Realistically, you’ll need to consider your financial situation when choosing a host institution. You’ll also need some extra money in your savings account to act as a buffer — unless the prospect of never leaving your dorm and eating ramen noodles every day excites you.

3. Ask to look at student reports

Not sure what you’re in for while abroad? Student reports take a lot of the guesswork out of the equation.

All students who participate in the Concordia Student Exchange Program must write detailed reports at the end of their academic stay. These handy briefs cover everything from travel procedures to student housing to where to eat.

Ask your international liaison officer for past reports from students who completed their exchanges at your soon-to-be host institution.

4. Visas can cost a lot of money

I had thought the nearly $400 I paid online prior to my visa appointment at the Danish embassy was a lot. I had also thought it was a one-time fee. Alas, I was wrong, so very wrong.

When I got to Ottawa for my appointment (yes, you may need to travel to get your visa), I was hit with an additional fee of nearly $400 (yes, I almost pity cried).

Also, if you’re travelling in the winter term, apply for your visa the moment you get your letter of acceptance from the host institution. Trust me.

The time to process and receive a visa can be two to three months. However, you’ll typically only receive your host letter of acceptance, which is needed to apply for a visa, in late October/early November. So if you’re leaving in January, it's pretty tight. Best not to delay and find yourself sans visa when it's time to depart.

5. Pack more than clothing and a laptop

So I’ll probably be stuffing a panini maker into my suitcase before jetting off. While that might seem strange, consider this, most student dorms come with zero kitchen accessories — try living without a toaster or kettle, I dare you.