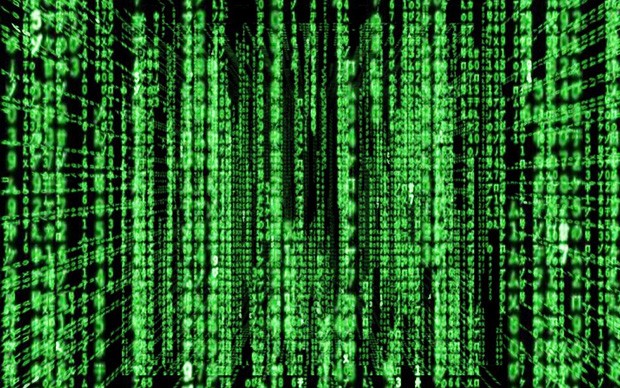 “I’m still progressing in the unknown,” says Xavier de Carné de Carnavalet, one of three recipients of a Vanier Canada Graduate Scholarship at Concordia. “That’s what research is.”

EDITOR'S NOTE:  A fourth Concordia graduate researcher, Poppy Wilkinson in the Department of Psychology, was awarded a Vanier scholarship in 2014. She deferred her winning project to this year.

With research topics as diverse as encryption, computer programming in math education, and politics in cinema, Concordia’s three new Vanier scholars are budding experts in their field.

The Government of Canada launched the Vanier Canada Graduate Scholarships (Vanier CGS) program in 2008 to strengthen the country’s ability to attract and retain world-class doctoral students and establish Canada as a global centre of excellence in research and higher learning.

Xavier de Carné de Carnavalet is a PhD student in The Concordia Institute for Information Systems Engineering (CIISE). He’s the first Concordia student from the Faculty of Engineering and Computer Science to win a Vanier NSERC scholarship, funded through the Natural Sciences and Engineering Research Council of Canada (NSERC). 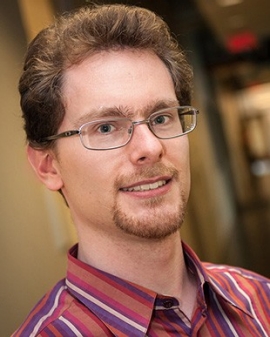 “Encryption is present in everything we do, from your phone to online banking,” says Carnavalet, who’s originally from Nice, France. “In security, there are two aspects: the defenders and the attackers. The attackers, if I may quote Star Wars, are the ‘dark side of the Force.’”

Carnavalet’s winning project for the Vanier scholarship is about shutting out the attackers and protecting computer memory.

“Computers operate on data and store temporary information in the system's main memory (the RAM). Whoever accesses the content of that memory can extract valuable ‘secrets,’ such as passwords and encryption keys,” says Carnavalet, who is part of the The Madiba Security Research Group at Concordia.

“A motivated adversary who targets a specific high-value user or organization is able to seize these secret keys from a computer's memory and reveal sensitive contents.”

So, what does he propose? “I would like to leverage the latest technologies offered in today’s computers, as part of the Trusted Computing Group technology, which are not currently studied for this specific purpose, to propose a novel way of protecting data in memory.”

The Vanier scholarship will allow Carnavalet to continue his research by providing financial independence.

“I’m still progressing in the unknown,” he says. “That’s what research is.”

Growing up in Lithuania, Vanier scholarship winner Ilona Jurkonytė lived through the socio-political transition from Soviet state to independent nation. Now, she plans to focus her research on Lithuanian cinema, which has received little scholarly attention. 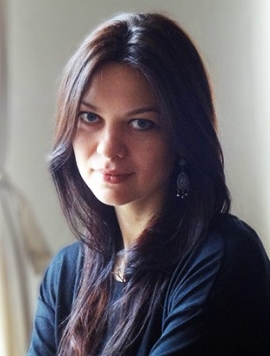 “My project is a case study of the cinema of Lithuania as it developed during the Soviet occupation and then the radical transition from communism to the free-market economy during the early 1990s,” says Jurkonytė, a new PhD student in the Mel Hoppenheim School of Cinema at Concordia.

“I analyze how changes in the political system together with changed ideas of nationhood interact with modes of subjectivity in cinema.”

In her project, “Modes of subjectivity in the essay film under and after totalitarian political systems. A case study: the Lithuanian essay film,” Jurkonytė will explore the tension between state-approved films and unofficial productions.

“I seek to discuss the theoretical framework in which the marginalized, unwritten film history of Lithuanian cinema can emerge. I critically approach the notions of national cinema, world cinema and global film culture. I ask what it means to write the history of cinema of a small country today? What it should include?” adds Jurkonytė.

Before moving to Montreal three months ago, Jurkonytė co-authored the information portal on Lithuanian cinema and co-founded the Kaunas International Film Festival, which has been instrumental in reviving film culture — including art films and films from previously unrepresented geographic areas — and strengthening cinema outside Vilnius. It also helped form a public movement to save Romuva, the oldest cinema in Lithuania.

“The Vanier scholarship will allow me to focus on my research and to contribute to the field of knowledge by bringing Lithuanian film into the light,” says Jurkonytė. “Furthermore, I’m exploring the possibility of digitizing the films I’m working on to present them to a wider audience.”

The award money will give her the opportunity to travel for research, as well as to learn a new language.

“I believe that learning new languages should be a life-long project, essential for challenging the existing geopolitical asymmetries in knowledge construction.”

First, she studied interior design at Ryerson. Then she tutored students, and discovered her true passion — teaching math.

Vanier scholarship–winner Laura Broley, a PhD student in Concordia’s Individualized Program, is excited about using her prize money to further her research into math education. She wants to understand how to better align undergraduate math students' experiences with today's professional practice. 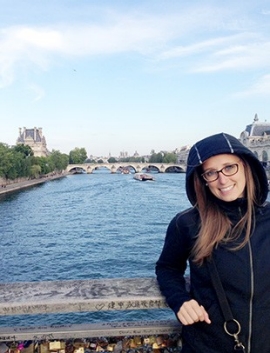 “Undergraduate math students often spend their time receiving polished definitions, theorems and proofs that were carefully developed over the last hundreds of years, or memorizing how to perform a series of algorithms by hand. They only rarely use the computer as anything beyond a big calculator,” says Broley.

“Many mathematicians in academia and industry, on the other hand, use computer programming in powerful ways to undertake many different types of tasks. By exploring this gap and the possible ways of bridging it, my research may provide insight into the development of more relevant, dynamic and engaging undergraduate math curricula in Canada.”

Broley wants to investigate how math students could and should be engaging in computer programming to aid in their understanding of mathematics. She wants to know: does it make them better mathematicians? If so, let’s put it into practice.

“There’s growing interest in starting to teach students coding in younger school grades, as they do in England,” says Broley. “It makes sense. Now, university professors often have to teach their students coding from scratch. If students were exposed to it earlier, it would become much more natural for them. And by the time they’d get to university, they’d be able to push their learning so much further!”

The Vanier scholarship will enable Broley to focus on her work, as well as travel to conduct research with undergraduate students across Canada. It will allow her to attend two international math education conferences in Europe. Once there, she hopes to network with like-minded researchers and compare outcomes.

Learn more about research at Concordia.

Find out how to apply for a Vanier Canada Graduate Scholarship.