The 1995 referendum, 20 years later: ‘It was a very intense and emotional night’ 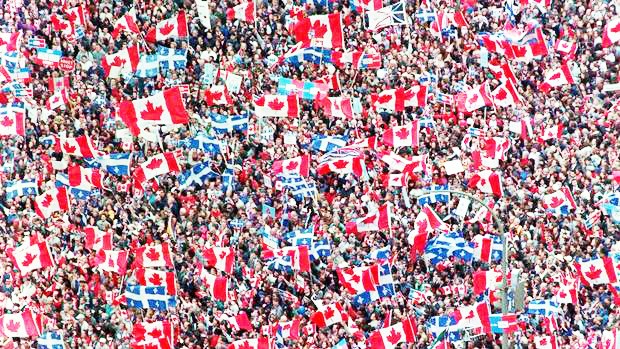 It was a night many will never forget. Twenty years ago, on Monday, October 30, 1995, citizens across Quebec went to the polls to decide the future of their province — and Canada.

Tania Krywiak, BA 97, is a reporter for CTV Montreal News. She covered the 1995 Quebec referendum for a class assignment when she was an undergraduate student in Concordia’s Department of Journalism. We asked her to share her memories. 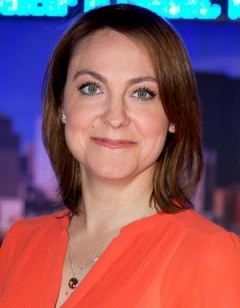 For the assignment, we were told we had to challenge ourselves, and it had to be something to do with the referendum. I decided to cover a “yes” camp.

I lived on Montreal’s North Shore, so the riding I ended up covering was Blainville. At the time, the Parti Québécois member of the National Assembly (MNA) was Céline Signori. Her headquarters were at a bar. My plan was to go there, talk to the people, get a sense of the atmosphere and then write my story.

First of all, we were in a bar, so people were drinking. But on top of that, I could see that it was turning into a very intense and emotional night for a lot of people.

I was sitting there looking at the results as they came in, thinking to myself, “We could actually be breaking up our country. What does this mean? Will I stay in a separate Quebec?” I was worried about my own future.

It was so tight. I don't know if my facial expression gave me away, but I remember a man approached me, and said, in my ear, “If I were you, I would leave now.”

To be honest, I was a bit scared at that point, but I was also saying to myself, “This is my assignment, and I've got to see it through. And besides, everyone’s entitled to an opinion.”

The sense I got from a lot of people there was one of entitlement. A lot of them were saying, “We're ready for this, we want this, and we've been fighting for this for so long. The French culture is so important to us, and we want to be able to take care of our own. We want to be an independent country.”

I stayed until the end — Jacques Parizeau’s “money and the ethnic vote” speech. As I was leaving, I ran to my car, watching my back a little.

Covering the referendum as a student journalist made me realize that it wasn't always going to be easy to be objective. “At the end of the day,” I thought to myself, “we're reporters but we're also human beings.”

A lot of the stuff we cover also affects us, but we have to try to step out of our own shoes and see things from different angles.

The assignment didn't discourage me. It was very intense, but I like to know what's going on, and to be on top of things. It was just a further indication to me that I wanted to be a journalist.

Read about the experiences of Concordia student and alumni journalists who covered the 2013 train disaster in Lac Mégantic.

Find out about programs in Concordia’s Department of Journalism.