What role do minorities play in Middle Eastern regimes?

Support for democratic elections should be balanced by an emphasis on pluralism and individual rights, new Concordia research shows
|
By Cléa Desjardins

Although it has been five years since the Arab Spring, speculation remains rife that regime changes will sweep the Middle East. Next month, Egyptian voters could restore democracy to that country.

Will authoritarianism be abandoned in Egypt and other Middle Eastern nations? New research from Concordia confirms that such a shift would be intricately connected to ethnic and religious tensions.

In a study recently published by Political Research Quarterly, Ceren Belge, an associate professor in the Department of Political Science, examined whether Kurds in Turkey, Berbers in Morocco, and Christians in Egypt and Jordan differ in their backing of authoritarianism. 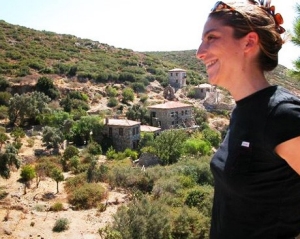 Belge and her co-author, Ekrem Karakoç from Binghamton University, found that among largely secular current regimes, religious minorities tend to be more supportive of authoritarianism and linguistic minorities, less so.

A significant policy implication of these results, according to Belge and Karakoç, is that support for democracy in the region should be balanced by an emphasis on pluralism and a strong assurance of individual rights.

“Without such guarantees, calls for competitive elections risk alienating minorities, who are already politically marginalized.”

Belge and Karakoç concluded that “minorities can generally be expected to be pro-democracy, especially if they have experienced marginalization in the existing regime, because they can expect to have greater voice and protection in a more democratic state.”

But in countries with ethnic and religious divisions, “minorities whose status and security is threatened by a transition to majoritarian institutions will be more supportive of authoritarianism,” Belge says.

She explains that this is because democratization has varying implications for differently situated minorities.

A shift to majoritarian decision-making brings with it the possibility of electoral victories by Islamist parties and Islamization of public life, which affects religious minorities more harshly than their linguistic counterparts. Non-Muslim minorities are therefore more likely to be threatened by democratization, while Muslim linguistic minorities are not.

According to Belge and Karakoç’s study, there are historical reasons for these divisions.

Moreover, they concluded that “non-Muslim minorities have been able to retain a certain degree of economic power into the post-independence period, despite a host of discriminatory policies aimed to confiscate and redistribute their wealth, while linguistic minorities tend to come from marginalized economic backgrounds and have not experienced substantial upward mobility.”

Read “Minorities in the Middle East: Ethnicity, Religion, and Support for Authoritarianism,” the study by Ceren Belge and Ekrem Karakoç.

Find out more about research in Concordia’s Department of Political Science.