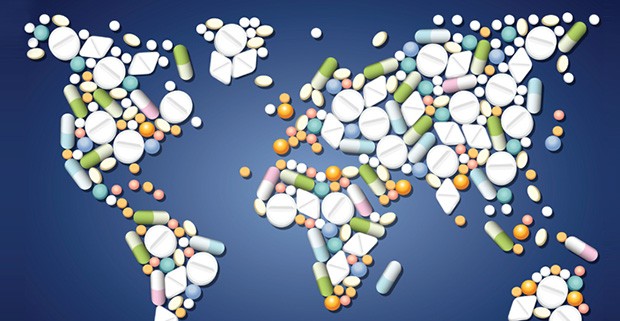 Time and again, major pharmaceutical companies attract negative press, with magazines like Forbes calling the industry "pill pushers" and detailing how they "abandoned science for salesmanship."

The result? A nosedive in the public's perception of the trade and an approval rating of 34 per cent. That puts Big Pharma only slightly above the airline, insurance and tobacco industries.

Can this be turned around? One Concordia researcher has a prescription for change: a Chief Values Officer (CVO).

In her new book, Global Issues in Pharmaceutical Marketing (Routledge, 2016), Lea Prevel Katsanis, a professor in the Department of Marketing at the John Molson School of Business, provides a practical outlook on the current issues faced by the industry.

She cites reputation as one of its most serious problems, and recent surveys of Chief Executive Officers (CEOs) in the domain suggest they agree with this assessment. 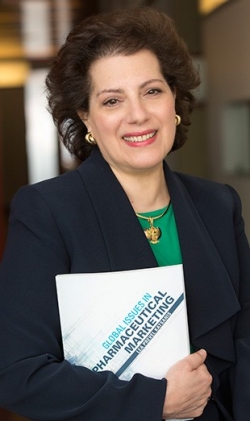 “A change in values must be undertaken for the future health of the pharmaceutical industry,” says Lea Prevel Katsanis.

“This is an industry that has done a huge amount of good — millions of individuals would not be alive today without the scientific advances made by pharmaceutical companies — but there has also been some harm along the way,” says Katsanis, who spent nearly a decade in pharmaceutical marketing.

“That, coupled with ongoing criticism for high prices and large marketing budgets compared to research and development (R&D) expenditures has led to a major reputational problem.”

The industry’s poor image is a symptom of an even greater problem,” she says. “There’s a lack of understanding and acceptance of the fundamental differences in values between the industry and the general public.

“It’s not the marketing of prescription drugs that is the problem, but rather the execution of the industry’s marketing strategies that has resulted in a general lack of public trust.”

The cost of doing business

A disregard for criticism about some of its marketing practices, and a reluctance to change them has also contributed to the industry's negative reputation, according to the myriad sources Katsanis consulted for Global Issues in Pharmaceutical Marketing.

This stance is somewhat reflected in the highly public settlements levied against the industry in the United States since 2004 for violations that include off-label promotion, physician and pharmacist kickbacks and monopolistic practices.

So why do these companies continue to engage in this behaviour? “Because they simply consider this the cost of doing business,” Katsanis says. “They believe that the benefit to repairing the industry's reputation may not be worth the financial risk — as long as firms continue to earn profits and their stock price remains high, there is no compelling reason for the industry to take action.”

However, new research presented in her book suggests this attitude is ill-advised.

In Global Issues in Pharmaceutical Marketing, Katsanis calls for companies to adjust their values to be more reflective of those they serve, communicate these new principles to their employees throughout the organization, implement them and then monitor their progress.

To do that, she advises that they create a new position: the Chief Values Officer (CVO).

Using this new model, the CEO would first consult with the CVO, who should have a strong background in business and medical ethics, to provide values and a guide to ethical behaviour for the entire organization. This is a responsibility Katsanis says companies should take on immediately if they hope to improve the reputation of their own firms as well as the industry as a whole.

It then becomes the CVO’s task to uphold this ethical behaviour and enforce those values.

“This change in individual company values must then be reflected at the broader industry level,” Katsanis says. “It’s not a panacea — it won’t be easy, and it won’t be quick, but it must be undertaken for the future health of the industry — and, by extension, of society.”

Find out more about research at the John Molson School of Business.