Who was Henry F. Hall? 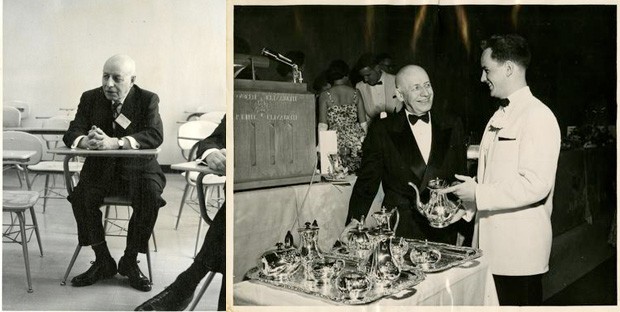 In the late 1950s, ten years after obtaining its charter, Concordia's co-founding institution Sir George Williams University was full to overflowing. It held classes in any available rental space near Drummond and de Maisonneuve, which at that time was a two-way street called Burnside. Students were turned away for lack of classroom space.

The proposed solution? A brand new, wheelchair-accessible high-rise made from pre-fabricated concrete. When the Henry F. Hall (H) Building opened triumphantly on October 14, 1966 — the same day as the Montreal Metro — an estimated 5,000 passers-by stopped in to marvel at its modernity. And its namesake, Henry Foss Hall, showed up to cut the ribbon.

But who was Henry F. Hall?

Hall’s approach to teaching and administration was influenced by the ethos of the Young Men’s Christian Association (YMCA) and the social impact of the First and Second World War; he fought in the former, and supported students and faculty through the latter.

This month, to commemorate Hall's lasting contribution to Concordia, Records Management and Archives is launching a digitized fonds of 350 of his personal documents, correspondence, teaching materials and other items of interest, including the entire Henry F. Hall photograph collection.