'It’s about people communicating and helping each other' 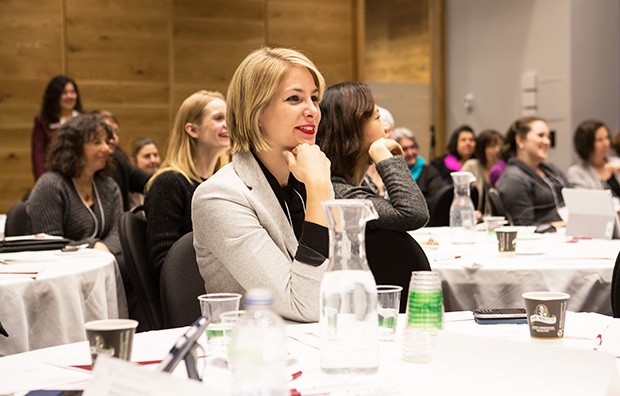 The second annual Concordia Women’s Faculty Summit took place on January 30, 2015. This year’s theme was women and leadership; the summit was chaired by Linda Kay, a University Provost Fellow with a focus on faculty development.

Rosemarie Schade, an associate professor in the Department of History and the principal of the Loyola College for Diversity and Sustainability, says the event was a great opportunity to share opinions and concerns with colleagues from across the university.

“It brought home much-needed conversations that once again demonstrated both the uniqueness of universities as places of work and the multiplicity of voices that exist amongst women faculty,” she said.

The event featured presentations and a panel discussion that explored the role of women as leaders at the university.

“Ultimately, the reality of women’s upward trajectory to higher university administration was seen in a positive light,” Schade says. “In many cases, academic women are change agents, mentors, and leaders who use both formal and informal channels to bring about positive transformation.”

One of the topics that emerged from the discussions was the importance of mentors in developing strong leaders, researchers and teachers at the university.

Kay says the lively debate prompted her to approach the Office of the Provost with the idea of holding another faculty event that would focus exclusively on mentorship. “I think that it's a valid topic and one that some women at the university are very interested in, including myself.”

The event is tentatively scheduled for next fall, but Kay says that so far she’s only in the early planning stages. “We want to invite someone who’s an expert on mentorship to come and discuss ways it can work in academia. Should mentorship programs be voluntary or should they be mandatory? Should they be interdepartmental, or should that be your choice?

Currently, the Office of the Provost offers a mentoring program for new academic unit heads, which pairs them with more experienced peers from different departments.

Olivia Rovinescu, director of Concordia’s Centre for Teaching and Learning (CTL) points out that Concordia also used to have a formal mentorship program for incoming faculty members, as well, but it was focused on teaching.

“It was quite successful, but it’s easier when it’s just about teaching. But if you’re looking at other things — balancing work and home life and a whole lot of other issues, it goes beyond the teaching mandate that we have.” 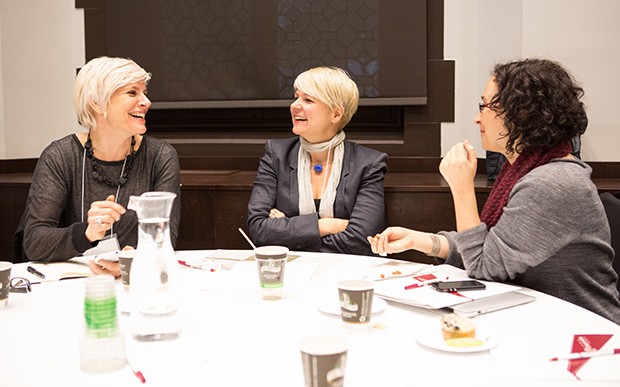 What’s the next step to encourage more mentorship outside the classroom? Rovinescu says the university needs to ensure the right environment exists to encourage it.

Maria Peluso, past president of the Concordia University Part-Time Faculty Association (CUPFA), says even though opinions about the merits of mentorship are bound to be mixed, it’s important to discuss their role at the university, whether it pertains to just women faculty members or to everyone.

An academic summit is a good place to have that discussion, she adds. “You’re providing that social opportunity, irrespective of the topic,” she says. “ I think half a day would be plenty to discuss the topic. Make (the title) controversial so that people will want to come! For example, “Are mentors valuable? Or are mentors really needed?”

In Peluso’s opinion, they are — whether to fill the role in a more traditional, academic sense, or to provide support as feminist mentors — a less formal, joint arrangement in which women help each other navigate the university landscape.

“The role of a mentor is always to be inspiring,” she says. “You want to inspire, inform and encourage. Mentors should lift you up, and see you soar.”

The Office of the Provost is sponsoring another one-day workshop for women faculty on April 30, run by Informed Opinions, an Ottawa-based firm that works to “amplify women’s voices and build their leadership capacity,”

On May 28, the Office of the Provost is hosting an invitation-only event for the university’s newly tenured faculty, which will provide advice and information to help them prepare for the next phase of their academic careers.

To find out more about these and other faculty development opportunities, contact the Office of the Provost.

Learn more about the Centre for Teaching and Learning.