Concordia’s First Voices week: ‘This is a way of saying, “We're here”’

The inaugural awareness event aims to welcome, teach and inspire
|
By Brian Kappler 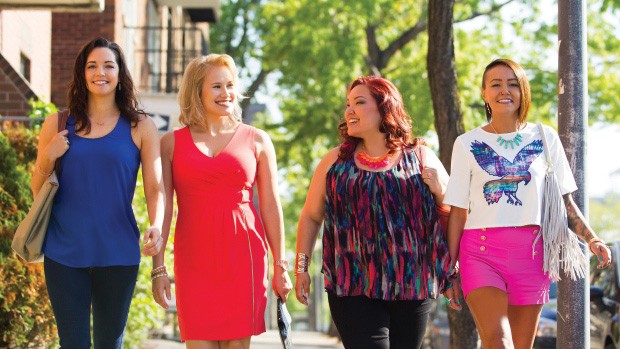 From January 26 to 30, for the first time ever, the School of Community and Public Affairs is hosting “First Voices: Indigenous Students and Community at Concordia,” an awareness week that aims to benefit 300-plus Native American students — and the university as a whole.

"This is a way of saying, 'We're here,'" says Hele, director of the First Peoples Studies program. "It's about us speaking as part of Concordia."

The week includes a scholarly lecture on learning systems; an appearance by Brittany LeBorgne and Heather White-McGregor, two actresses from the Aboriginal Peoples Television Network series Mohawk Girls; a "living library" of elders and healers; and a workshop for basket makers. It concludes with traditional dance lessons at a Friday night social.

First Voices grew organically out of existing interests and enthusiasms. "There have been discussions about this for at least four years," Hele says. "This year, some students had scheduled something about aboriginal education for a class project, and I had a speaker about lacrosse coming the same week, so I just called an organizing meeting, and it came together. Several departments helped with the funding."

A number of students were actively involved in the development of the First Voices program. Additionally, about 150 have signed up with the campus Aboriginal Student Resource Centre, and Concordia likely has double that number of First Peoples students in total. Hele is a member of the Garden River First Nation community of the Anishinaabe people in Sault Ste. Marie, Ontario, and counts “four or five” other Concordia professors who are members of Canada’s First Nations.

As well as welcoming native students and the Concordia community as a whole, the First Voices week will also spread the word about Concordia’s First Peoples Studies program, which graduated its inaugural cohort last year.

More than 30 students — about half of whom are of aboriginal descent — currently major or minor in a program that includes course in culture, history and linguistics.

First Peoples major Shiann Whitebean, one of the students who are making First Voices week happen, notes that the project is "the first time many of us are helping to plan an event like this.”

It will promote understanding on many levels, she says. “The week will also help us understand where our studies can take us, as we meet other professors and all the people taking part. I'm proud to have been involved."

One of Whitebean's contributions was to recruit elders from Kahnawake for the living library. "The idea is to bring indigenous traditions to the table," she says. "People who have some knowledge of our history, of traditional medicine and so on."

"At the social," Hele promises, "those who don't know how to dance to the drums will have a chance to learn."

First Voices: Indigenous Students and Community at Concordia runs from January 26 to 30, 2015.