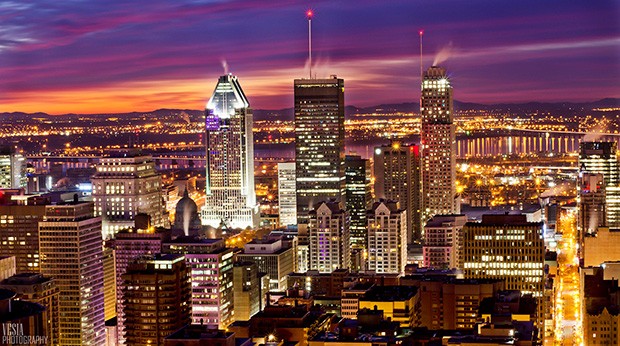 Jacques Ménard, Concordia’s chancellor and the president of BMO Financial Group, spearheaded the Je Vois Montréal initiative, which called upon citizens to submit ideas for improving the city.

The proposals came pouring in — everything from greening the urban landscape with hops harvested by local microbreweries, to improving access to health services for Montreal’s First Nations citizens.

On November 17, at the end of a day-long brainstorming session at Place des Arts, 180 teams formally committed to their projects in the presence of Mayor Denis Coderre, who promised the city’s support. And while the selection process may be over, locals are still encouraged to play an active role by posting comments and advice on the web pages for their favourite ideas; progress reports will also be published online.

Concordians are leading or playing a supporting role in six different Je Vois Montréal projects, among them William Cheaib, chief of staff in the Office of the President. He describes the event at Place des Arts as “a platform which brought people from different scopes and different areas together.”

“It was an amazing experience,” he says. “The energy that comes out of such meetings is indescribable.”

Cheaib is leading an educational initiative in collaboration with Youth Fusion, a community organization that works to keep young people in school, and the Kahnawake Education Centre. The university has long-standing relationships with both organizations, but this is the first time all three will work together.

The idea is relatively simple, Cheaib says: Youth Fusion will train Concordia students from different academic programs, who will then be placed in schools identified by the Kahnawake Education Centre. There, they’ll work with the school children on engaging projects related to their program of study at the university.

“The purpose is to inspire kids to persevere with their studies by introducing them to fun activities that they would be doing as university students,” Cheaib says.

He believes that all parties have a lot to gain.

“The Concordia students develop competencies and skills while engaging with the community. So it’s a winning situation for them, as well as for the kids at the schools. It’s also good promotion for the university, and for the great work that Youth Fusion is doing.”

A project proposed by Sylvie Bourassa, executive director of Government Relations in the Office of the President, calls for Montreal to host an international forum on the relationship between universities and cities. Concordia would coordinate the organization of "UniversCITÉS," a global summit about the social, economic and scientific impact of universities on their urban communities.

Another initiative, led by Xavier-Henri Hervé, director of Concordia’s District 3 Centre for Innovation and Entrepreneurship (D3), and Marguerite Mendell, vice-principal of the university’s School of Community and Public Affairs, aims to create a network of student ambassadors who will work to promote entrepreneurship within the social economy.

“There's a ton of demand from the youth as a whole, whether they're in CEGEP or in university, to do something that has a social impact and build their career at the same time,” Hervé says.

The proposal’s title — “100 Weeks, 1,000 Projects, 10,000 People Joined Together” — hints at its ambitious scope, but Hervé says he’s confident about the team’s ability to deliver, especially since it’s now part of Je Vois Montréal.

“It's not just me making the commitment. It's also the Montreal community that's saying, ‘If we run into you and you have a Je Vois Montréal stamp on your forehead, we'll help you.’ Hopefully this facilitates our work.”

Read about other Je Vois Montréal initiatives spearheaded by Concordians.