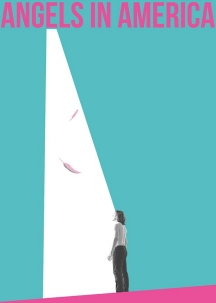 It’s show time. Concordia's theatre season opens November 26 with Angels in America: Millennium Approaches, Tony Kushner's award-winning drama about HIV/AIDS, love and religion. This will be the first of three 2014-2015 productions presented under the unifying theme of “Forces.”

“This year, we’re exploring forces that are bigger than all of us, forces that move, agitate and unite us,” says Raymond-Marius Boucher, artistic director of the Department of Theatre.

The Theatre and Development program at Concordia is making good on its mission to emphasize socially engaged art, and that connection promises to become even stronger at the closing performance of Millennium Approaches on December 1 — World AIDS Day. For one night, all the money raised from ticket sales will go to the 25-year-old Fondation d'Aide Directe - SIDA Montréal, which operates a food bank and related services for those whose lives have been disrupted by the disease. Audience members are also encouraged to bring donations of non-perishable food items.

Public attitudes to HIV/AIDS have changed dramatically since the 1991 debut of Millennium Approaches — the first, independently presentable half of Kushner's two-part Angels in America play, in which a straight couple and a gay one struggle with issues of sexuality, ethics, politics and the plague of AIDS.

A work subtitled A Gay Fantasia on National Themes naturally sparked enormous emotional, social, artistic and political interest in the early 1990s. Most critics praised the work. In The New York Times, Frank Rich called it "the most thrilling American play in years."

Concordia’s take on Angels in America: Millennium Approaches is directed by Amanda Kellock, an actor, director, writer and teacher with a BFA in Theatre and Development from Concordia, and an MFA in Directing from the University of Ottawa.

The production involves more than 30 students. Roughly half those have onstage roles; the others are working behind the scenes.

“The emphasis is on experiential learning,” says Boucher. “Students seeking careers in theatre need to know what's involved in producing. Our students are aware of costs. The learning experience is huge, it's a very good part of our program."

He singles out set designer Clara Gonzalez, explaining she lived up to the challenge of amalgamating the play's many scenes into one unique set.

She praises director Kellock, a Concordia faculty member well known for, among other accomplishments, her work with Repercussion Theatre's Shakespeare-in-the-Park series.

"She really allows us to be hands-on," Duffy says. "That's great. With a lot of directors, the assistants just sit. She really trusts us."

Duffy continues: “The whole program "is very 'sink or swim' — if you're driven, you can get a lot out of it and that's what the industry is like."

The 2014-2015 season’s other two productions also examine the role of religion in society — a topic highly appropriate for Montreal right now, according to Boucher.

"The Charter of Values crisis in Quebec really touched the students and the whole population,” he says. “It's good to look at the whole question of religion and power."

In February, the curtain goes up for a cycle of three plays from U.S. playwright Erik Ehn. His Saint Cycle is loosely based on the suffering and martyrdom of Roman Catholic saints.

Next, in April, comes Antigone by Sophocles, which also explores the collision of power, religion and individualism.

“We think it’s right to send people out of the theatre with things to talk about,” Boucher says.

Angels in America: Millennium Approaches runs from November 26 to December 1, 2014 at the D.B. Clarke Theatre (1455 De Maisonneuve W.) on the Sir George Williams Campus. Tickets cost $10 ($5 for students and seniors).

Find out more about Angels in America at Concordia.