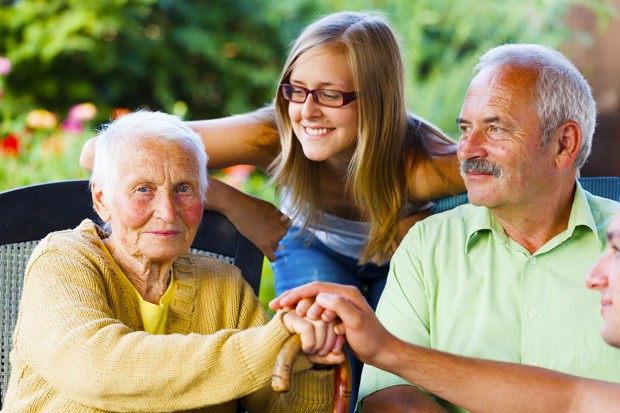 According to a 2012 study commissioned by the Alzheimer Society of Canada, the number of Canadians living with cognitive impairment, including dementia, now stands at 747,000 and will double to 1.4 million by 2031. These figures comprise not only Canadians diagnosed with dementias, including Alzheimer’s disease, but also those with cognitive impairment, which frequently leads to the more degenerative forms.

Now is the time to act in terms of care, prevention and finding a cure.

The Canadian Institutes of Health Research has heeded this call to arms with its recent creation of the Canadian Consortium on Neurodegeneration in Aging (CCNA).

The national initiative is aimed at tackling the growing onset of dementia and related diseases, improving the lives of Canadians with these illnesses and aiding their families and caregivers. It brings together 340 researchers from across the country — including three from Concordia.

Psychology professors Natalie Phillips and Karen Li will join Louis Bherer, scientific director of the Concordia’s PERFORM Centre, in this cross-Canada fight against Alzheimer’s. Their research will focus on improving the quality of life of those already living with Alzheimer’s disease and other forms of dementia.

Bherer and Li are part of a team investigating how physical exercise, cognitive training and vitamin D might interact to slow the onset of dementia. Bherer’s previous research into exercise and cognition has been promising.

“Our work showed that almost all frail, older adults benefit from only three months of exercise. This is bringing people freedom and the hope to stay free for a while and enjoy these extra years we have now,” he says. “It’s one thing to live longer, but hopefully you live better, too.”

For Li, the focus on living better is as important as finding a cure. “The unique thing about the CCNA is how much attention is being paid to quality-of-life issues. Those questions are much more likely to deliver quick outcomes and impact the lives of Canadians here and now,” she says.

Phillips, who is leading a team researching how hearing and vision loss impacts cognitive impairment, agrees. “There isn’t going to be a magic bullet any time soon, but research initiatives like this one will help stem the tide. We need to go beyond the biomedical to make life better in the short term while continuing to investigate how to improve things in the long term.”

She sees the CCNA’s creation as a rallying cry. “With no cure and no treatment at this time, Alzheimer’s and dementia represent a huge threat to society. Not only for those suffering from it but for their caregivers as well. We need to examine the basic biological questions related to dementia while also working to improve quality of life for all those affected by it,” she says.

More on the CCNA: The consortium is supported with funding of $31.5 million over five years from the Government of Canada through the Canadian Institutes of Health Research and a group of 13 partners from the public and private sectors, including the Alzheimer Society of Canada and Fonds de recherche du Québec – Santé.