Unlocking the secrets of aging

If you’ve ever seen an episode of CSI: Crime Scene Investigation, you may well have heard of mass spectrometry, a technique that allows researchers to measure the mass of molecules. As middlebrow detective dramas illustrate, it can prove if a person was poisoned to death by analyzing blood samples after the fact.

But it also holds the potential to unlock a host of other mysteries — including those that surround the aging process. Ann English, a professor in the Department of Chemistry and Biochemistry and executive director of Concordia’s Centre for Biological Applications of Mass Spectrometry, is among the researchers who are making major advances in its study.

“Mass spectrometry is a very powerful enabling technology that’s used more and more by researchers to get information at the molecular level about proteins, DNA — all the molecules that make up our cells,” English says. 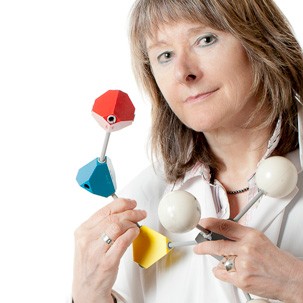 Concordia professor and Acfas presenter Ann English: “Understanding how cells age at the molecular level would have a huge impact on society.” | Photo by David Ward

At this spring’s 82nd congress of the Association francophone pour le savoir (Acfas) from May 12 to 16, which will see a convergence of more than 5,000 researchers at Concordia, English is co-hosting a symposium that explores the analytical technique’s many applications.

The availability of super-sensitive instruments has made it a lot easier to find out what free metal ions like iron and copper do to the proteins they come in contact with in cells. Researchers are now able to quantify changes in protein mass and chemical composition, and that, English says, may have major real-world implications.

English and her colleagues are probing how the aging process could alter brain cells — and slow them down. As certain proteins aggregate, clumps begin to form, leading neural cells to become less functional.

“We think that’s triggered by chemical modification,” she says. “This occurs slowly, over time, and can lead to neurodegeneration.”

And although they’re working at what English calls a very basic level, the research they’re producing could change the way we treat diseases like Alzheimer’s, Huntington’s and Parkinson’s. “Understanding how cells age at the chemical level and understanding what interventions might be possible would have a huge impact on society.”

For now, English works with baker’s yeast and red blood cells. She has moved from looking at molecules in a test tube to examining them in the cellular environment. “My group has been floored by what we see,” she says.

The switch has proven transformative, and the discovery process continues to amaze her. English says enzymes that seem to have a single function in a test tube perform five of more different tasks in a cellular environment. “My students are just awed. Nature is so tricky — so sophisticated.”

The Acfas symposium “Contributions de la spectrométrie de masse dans les sciences de la santé et de la vie” takes place on Monday, May 12, in the morning and afternoon and on Tuesday, May 13, in the morning only.