University celebrates the appointment of Geneviève Cadieux and Michel Magnan
|
By J. Latimer

This month, The Royal Society of Canada (RSC) bestowed a great honour upon two Concordia academics: Geneviève Cadieux and Michel Magnan were inducted as fellows.

The RSC was established under an Act of Parliament in 1882 to gather together a body of academics who’ve sustained a long and robust career of peer-recognized excellence. Their primary objective is to promote learning and research. Currently, there are 2,073 fellows, appointed to seven-year terms. Twelve of those fellows are from Concordia.

“National recognition from a prestigious body like the Royal Society of Canada is extremely gratifying,” said Graham Carr, vice-president of Research and Graduate Studies. “The diversity of this year’s recipients, from the arts to business, is a further demonstration of the important contributions that Concordia faculty make to the betterment of Canadian society.”

Meet the two new RSC fellows, who will attend the presentation ceremony at the annual general meeting, this year held in Quebec City in November. 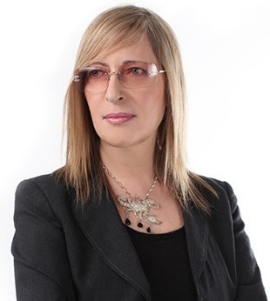 With a dynamic and distinguished career as an artist, Geneviève Cadieux is no stranger to prestigious awards. Yet, she’s particularly delighted to be selected by the RSC.

“Canada has always been tremendously supportive of my work,” says Cadieux, who received a Governor General Award in Visual and Media Arts in 2011. “In 1990, I was chosen to represent Canada in the Venice Biennale. It was the first year that a pavilion was given exclusively to a female artist. That really pushed the work of women artists forward. So I’m part of the first generation of women who became recognized as real artists. We weren’t the exceptions anymore.”

Cadieux has been an influential figure in Canadian photographic art since the 1980s, when she made a name for herself with large-scale, photo-based art that focuses on the mutual implication of the human body and landscape. Along with countless invitations to exhibit around the world, she was invited to do a project at the Tate Gallery in 1995. Cadieux’s work was included in the landmark photo show Passages de l’image, Musée national d'art moderne, Centre Georges Pompidou, Paris in 1990, and their Elle exhibit in 2010.

“Because my father owned a repertory cinema, my practice is highly influenced by filmmaking,” she says. “Also, I studied painting in Ottawa, where the American collection at The National Gallery is exceptional. The size and scope of Donald Judd’s work, for example, was an enormous influence.” 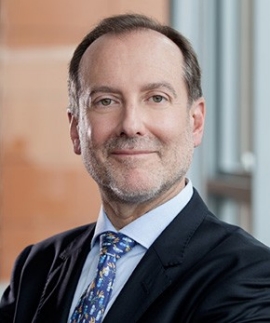 RSC Fellow Michel Magnan — Professor and Stephen A. Jarislowsky Chair in Corporate Governance at the John Molson School of Business.

“My work crosses borders,” notes Michel Magnan, who became a Fellow Chartered Professional Accountant (FCPA) in 1998 and is the only professor on Canada’s Accounting Standards Board. “It’s accounting based, but it reaches audiences beyond academic researchers. Sometimes there’s this notion of professors being in the Ivory Tower, but there’s more to me than academics.”

Twenty years ago, Magnan was among the first to do research on executive compensation in Canada, using domestic data on domestic companies.

“If you use Canadian data and analyze what’s going on in terms of governance and executive compensation, you gain a better understanding of the practices of Canadian companies,” he says. “This helps investors, analysts and regulators.” His current work also looks at environmental and social disclosure by corporations, while yet another aspect of his practice analyzes financial statements.

“Becoming a fellow in the RSC is very satisfying because sometimes accounting is mistakenly thought of as too practical to be worthy of academic research,” says Magnan, who has well over one hundred articles published, written in both French and English. “This honour is recognition that accounting-related work within business school is of substance.”

Magnan strives to dispel the myth that only American executives are getting overpaid: “It’s important to continue to look at Canadian companies and not get too distracted by what’s happening with American C.E.O.s.”