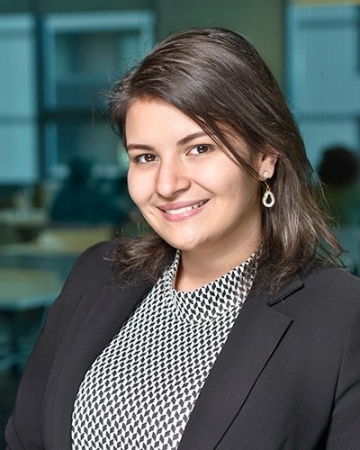 Graduate Perspectives is a series of blogposts about the John Molson School of Business graduate programs experience from the perspective of current students and alumni.

This week, we interview Paola Braga Sunye, last year’s President of the Concordia International Community Outreach Program (ICOP). She tells us how she learned about ICOP and what she has learned from her involvement with the program.

What were you doing prior to the MBA and why did you decide to pursue an MBA?

I have a Bachelor of Civil Law and Bachelor of Laws (B.C.L./LL.B.) from McGill University and a Master’s in Diplomacy and International Public Service from the Centro de Estudios Internacionales de Barcelona. Between 2014 and 2017, I was interning and working for a few international and regional organizations in Spain, The Netherlands, France and Belgium, mostly dealing with human rights and international development and, more recently, EU policy.

I returned to Canada in 2017 for family reasons and decided to pursue an MBA because I believed it would prepare me for a managerial role within an international organization. I wanted a different perspective on management than that provided by some of my superiors and their colleagues, who were unquestionably experts on certain human rights or development issues, but not necessarily trained on how to manage a project, lead a team or prepare a budget.

I chose the John Molson School of Business for its strong reputation, its location in the great city of Montreal, and for its case-based method of teaching as well as its emphasis on case competitions (which I have incidentally become highly involved in as well!)

How did you find out about ICOP and what made you decide to get involved with it?

I first heard about ICOP at the John Molson MBA orientation and was interested to learn more when the call for a new president was announced. After speaking to the previous ICOP President, Magalie Han, about the initiative, its values and the potential impact I could have on fellow students, I knew right away that I wanted to get involved.

Deciding to do an MBA was something I felt I had to explain to myself and others; I have long been dedicated to making the world a better place and going to business school felt like a contradiction. It isn’t. There are skills to develop through an MBA and ways to do business that can have a positive impact on the community you are working in. That is what attracted me to ICOP; the opportunity to get involved in something that would showcase a different side of business, one that doesn’t have to be all about profit. 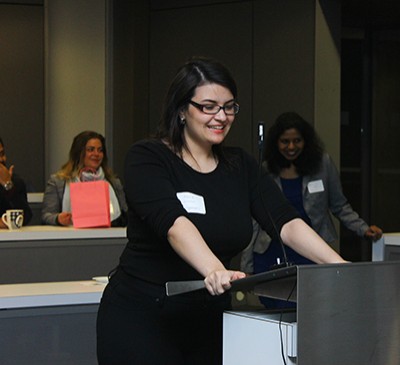 ICOP is a student-run program providing John Molson graduate students the opportunity to apply and transfer knowledge with nonprofit organizations, charities and NGOs serving underprivileged communities in the developing world. Our main activities to date include our annual Social Business Case Competition our winter speaker series, as well as facilitating and sponsoring summer internships abroad in partnership with Centro de Desarrollo Social (CEDESOCIAL) in Colombia and with CEED Concordia in Uganda. Students learn what it means to be global citizens and social leaders by assisting in microfinance initiatives, market analysis, and providing mentoring or consulting services to local entrepreneurs.

The partnership with CEDESOCIAL started in 2014. ICOP’s participation in John Molson’s Spring 2015 International Case Competition (ICC) involved finding creative solutions to finance the operations of CEDESOCIAL. That summer, an MSc student went to Barranquilla, Colombia, for a 4-month internship to develop and implement a new fundraising strategy inspired by those ICC student proposals. ICOP currently sends 1 or 2 students per year to Barranquilla to work on projects as determined by CEDESOCIAL during their strategic annual planning.

CEED Concordia sends about 15 students each year to Uganda. One John Molson student, selected and sponsored by ICOP, gets to take part in this opportunity to contribute to sustainable community projects in northern Uganda during a 3-month summer internship.

What have been the highlights of your experience?

The 2018 Social Business Case Competition was definitely one of the best moments not only of my ICOP presidency, but also of my MBA experience more broadly. From learning how to organize such an event, to meeting professionals from the nonprofit sector, to listening to students present creative solutions to challenges faced by CEDESOCIAL. It was an unforgettable day and the culmination of several weeks of hard work put in by the whole ICOP team 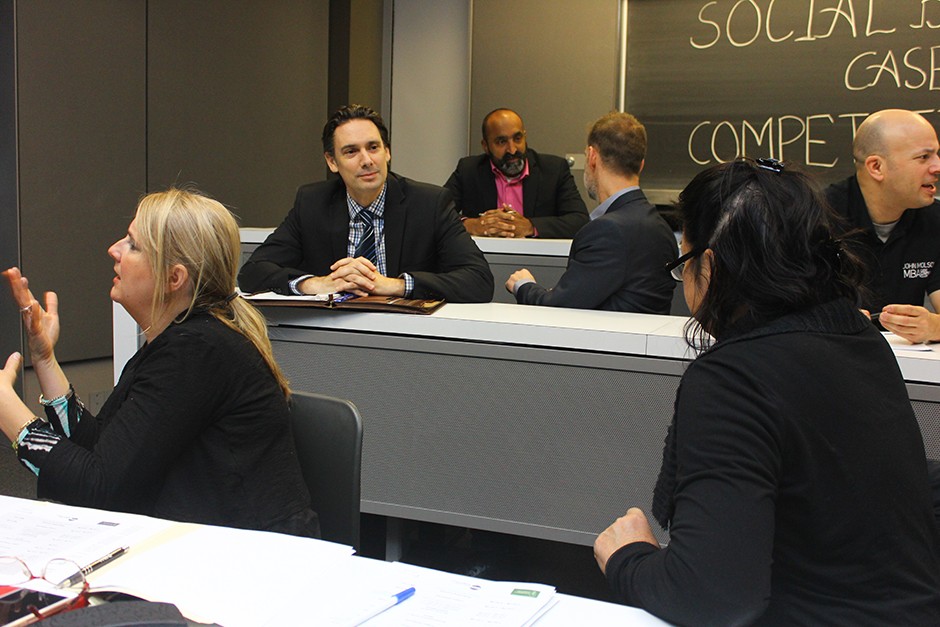 You’ve lived and worked in many places; what has your experience been like living and studying in Montreal?

I was born in Brazil and moved around quite a bit since I was young – to the USA, then back and forth between Brazil and Canada (always on the south shore of Montreal), and then around Europe. Being back in Canada and living and studying in Montreal has been a great experience. Montreal is a cosmopolitan city, with people from all over the world. It’s a vibrant city where you can experience different cultures and cuisines or, when nostalgia hits, go back for a taste of your own. I feel very fortunate to have been able to study in renowned institutions of such high caliber, while paying an affordable tuition.

What kind of international organizations inspire you and/or do you want to work for?

I had always thought I would only want to work for a large international organization – the United Nations, the World Bank, the Food and Agriculture Organization, etc. – because I believed it was the best way to have the most impact. And while working at any of these organizations would still be a dream for me, having worked in partnership with smaller organizations acting locally, I re-evaluated my notion of what it meant to have great impact.

Larger organizations (especially international ones of a governmental nature) have tremendous potential for influence at a global scale, however, there is a lot of politics, bureaucracy and red tape involved that slow things down. This is normal, given the sensitivity of issues at stake. On the other hand, nonprofits, civil society organizations, charities and NGOs, especially those acting at a smaller scale, may reach less people, but often effect a deeper change in those people it does reach. With this in mind, I have been switching my focus to smaller organizations.

Would you recommend others to get involved with ICOP?

ICOP provides a great opportunity for students to apply the business skills acquired during their MBA to worthy causes and initiatives. The ICOP offers one of the few opportunities to get involved with another facet of the business world, one that is more geared towards the triple bottom line. There are many ways you can get involved, whether it be for one year as part of the Executive Team, for one summer as an intern, or for one day as a participant in our Social Business Case Competition. However you choose to implicate yourself, the experience will surely be worth it!

Paola is currently in the last semester of her MBA and is preparing for a case competition in Munster, Germany taking place in mid-October. She is a research assistant for Prof. Raymond Paquin, with whom she also works to promote case competitions at Concordia University. Lastly, she is currently advising GDBA students, who are organizing their first ever case competition, which will take place on November 2.

For more information on the full range of John Molson graduate programs, visit our website, connect with a recruiter to arrange a one-to-one meeting or participate in one of our many online information sessions.