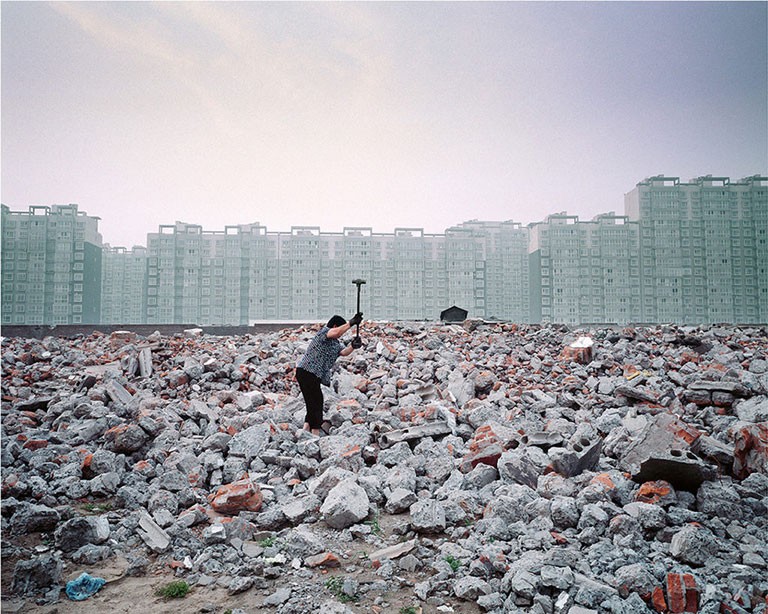 The Prix Louis-Comtois recognizes the excellence of an artist who has distinguished themselves in Montreal’s contemporary art scene. 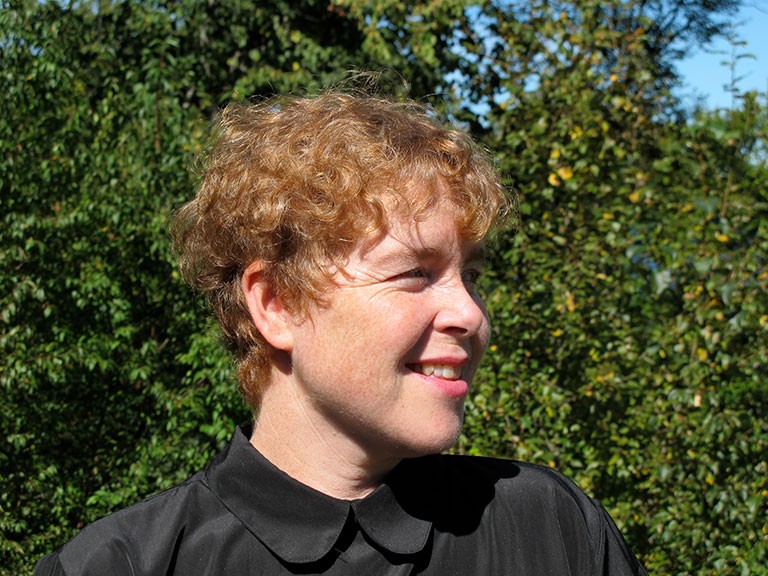 Girard-Renard is an Associate Professor in Concordia’s Department of Studio Arts. She received her MFA from Goldsmiths College, London, UK in 1998. For the past two decades she has been exhibiting across Canada and the world. She exhibited most recently at Galerie d'Outremont, Montreal (2018) and Musée d'art de Joliette, Canada (2017). She has exhibited internationally in China, Germany, Portugal and the United Kingdom. Girard-Renard’s pieces are found in the collections of the Musée d’art contemporain de Montréal, the Montreal Museum of Fine Arts, the Musée national des beaux-arts du Québec, and the Canadian Ministry of Foreign Affairs. In 2016, Girard-Renard was chosen for an International Residency Grant from the Canada Council for the Arts.

“I am very proud to be nominated and to have won this award. It makes me feel as strong as Pippi Longstocking!” says Girard-Renard. 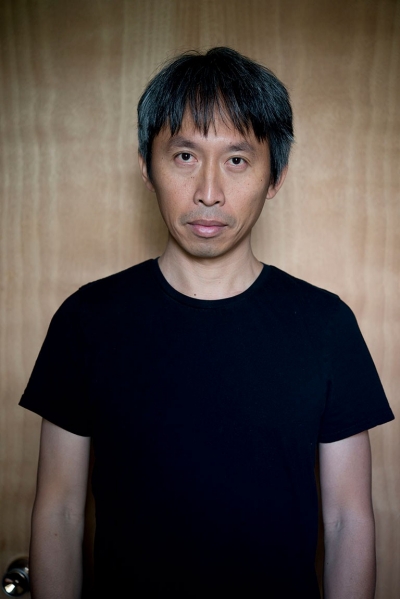 Chih-Chien Wang is an Assistant Professor in the Department of Studio Arts. He was born in Taiwan and has resided in Montreal since 2002, obtaining an MFA degree from Concordia in 2006. He had recent solo exhibitions, both internationally and in Canada, at Pierre-François Ouellette art contemporain in Montreal (2017), Künstlerhaus Bethanien in Berlin (2016), and the Art Gallery of Mississauga (2015).

Wang uses photography and video to explore everyday existence, and seeks to understand broader society and the city where he lives. His work appears in public collections owned by the National Gallery of Canada, Musée de l'Elysée in Lausanne, and Musée national des beaux-arts du Québec. Wang also received the 2017 Duke and Duchess of York Prize in photography from The Canada Council of the Arts.

“I keep making art, looking at my friends making art and looking at my students making art. Everyone is amazing. Then one day there is one prize or two prizes coming close to us, as if the prize is just aside looking at what we are doing for a while and decides to come to say hi,” says Wang.

The inaugural Cultural Diversity in the Visual Arts Award is offered to a culturally diverse artist over the age of 40 who has practised professionally in Quebec for more than five years. The award underscores the inclusion of cultural diversity in the city's visual arts and aims to ensure that all artists have equal access to resources and the same opportunities to gain recognition, develop their art and fully contribute to society. 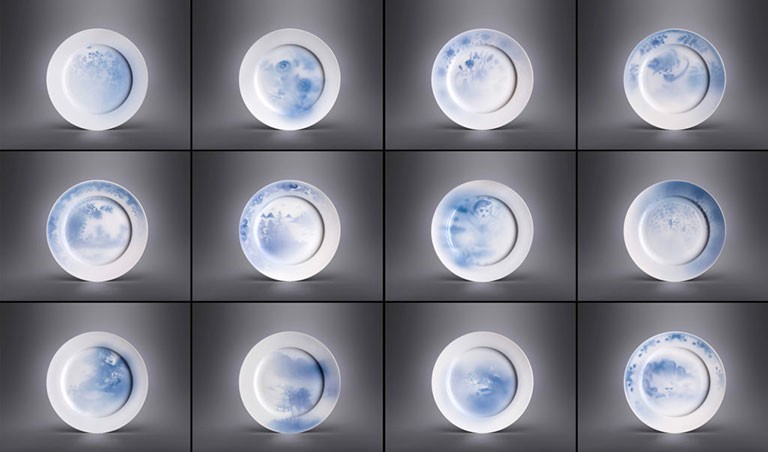 The New White (2017), a series of laser-printed porcelain plates, currently on view at the Montreal Museum of Fine Arts. Photo: Courtesy the artist.

Hua Jin obtained her MFA from Concordia in 2015. Her series of laser-printed porcelain plates is currently on view at the Montreal Museum of Fine Arts in the group exhibition “Connections” which continues to June 2019. She has also has shown in solo, duo or group exhibitions in Lianzhou, China, Vancouver, Toronto and Chicago. Her photo and video art captures transience – how places are altered by memories, how family imprints on material things, and how beauty is affected by the passage of time.

"I am not only honoured, but to be honest, I was very surprised that the Conseil des arts de Montréal gave me this award. This award is not only a big encouragement, but it starts to give me the sense of belonging, which not only me, but also other artists from different places needed. I strongly believe this award will enrich the cultural and artistic scene in Montreal. It is very positive and lovely to see this is happening," says Jin.

Jin will receive a $7,500 grant and the opportunity to be part of the Conseil des arts de Montréal’s regional touring program. 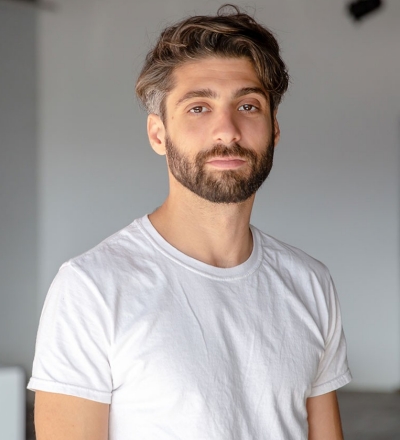 Adam Basanta’s work explores technological practices as active, participatory, multi-sensory performances which are distributed throughout a variety of human, cultural, material and computational agencies. Born in Tel-Aviv (ISR) and raised in Vancouver (BC), Basanta has lived and worked in Montreal since 2010. Originally studying contemporary music composition, he has developed an artistic practice in mixed-media installations through an interdisciplinary MA at Concordia University. In Spring 2018, he will present a solo exhibition at Optica Centre d'Art Contemporain (Montreal). He is represented by Ellephant Gallery (Montreal).

"I'm very happy to be the recipient of this important prize, and I very much appreciate receiving this acknowledgment from the art milieux in my adopted home! I'm looking forward to putting the prize towards good use in the production of some new and exciting projects in 2019," says Basanta. 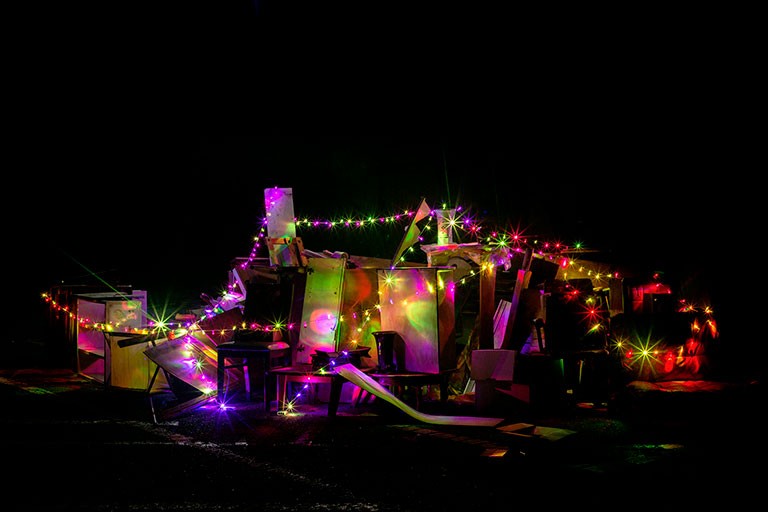 Jinyoung Kim was born in South Korea and grew up in Canada. This experience is reflected in her work, which examines the role that sense of place plays in the formation of identity. Kim’s work has appeared in galleries across Canada, and at the Focus Photography Festival in Mumbai, India. In 2017, she received a Viva Cité grant from the Conseil des arts et des lettres du Québec and a Canada Council Project Grant for Visual Artists. Kim is represented by Patrick Mikhail Gallery, and began as a photography instructor in Concordia’s Department of Studio Arts in 2016.

“I am honoured to be selected to be one of the finalists for the prize, and it is definitely an encouragement to continue with my work. It is a significant milestone in my career, to be recognized in the visual arts community of Montréal. I am grateful for this recognition and support,” says Kim.