Recap: Is it fact or fiction? Science Odyssey presents another edition of Beyond Disciplines

By Taylor Yankowski
Source: Faculty of Arts and Science 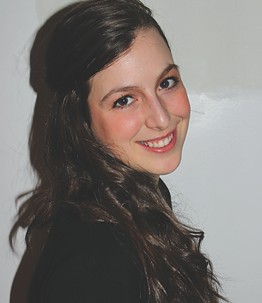 Taylor Yankowski is a 2017 Journalism Graduate, attending Beyond Disciplines – Science Facts and Fiction.

On Tuesday, May 16, Concordia’s Science Odyssey hosted another edition of Beyond Disciplines, a series of public events that encourages discussion across Concordia University's Faculty of Arts and Science.

The theme: Science Facts and Fiction.

Five members of the Faculty taught the audience that not everything you hear in the media, in television, in movies and online is always true.

In keeping with the spirit of the evening, the academics adopted a less formal tone, using superhero names and playing sci-fi entrance songs.

Richard ‘Superman’ Courtemanche, the Chair of Exercise Science, started the discussion by explaining that having the strength of superhero Winter Soldier’s bionic arm may one day be a reality. Scientists have been conducting experiences where a person has been able to move a robotic arm seven degrees using a few hundred neurons in their brain. This same bionic technology, Courtemanche explained, can help those who have been paralyzed.

While it may have taken about two months to learn to move the arm, this is just the beginning of superhero-like scientific advances.

“Using [superheroes], we are able to teach basic components of physiology,” Courtemanche explains.

To eat less and exercise more may be one of the most common myths when it comes to weight management, according to Angela ‘Mythbuster’ Alberga, assistant professor in Exercise Science.

Alberga explained that there are a lot of factors involved if you want to lose as little as one pound.

Alberga’s presentation showed that there are a lot of others factors involved in weight loss beyond simply thinking you need to eat less and workout more.

The audience was later treated to a live demonstration of mind control. Now it may not be the do-as-I-say in the movies but it was real.

In this experiment, professor Aaron ‘Jedi’ Johnson, from the Psychology department, demonstrated the brain has the capability to control another individual’s muscles when two people are linked together.

Andres Felipe Acevedo-Ojeda, a PhD student in Industrial Engineering, was the lucky volunteer who was hooked up to a set of electrodes, which linked to another volunteer’s arm. When Acevedo-Ojeda made a fist, his partner’s muscles moved automatically.

Soon you’ll be able to use mind control like a Jedi.

In the Walking Dead, zombies are created by the Walker’s Plague, a disease that animates the dead body using the brain stem to activate the arms and legs. That’s the way assistant professor of Chemistry and Biochemistry Brandon ‘Contagion’ Findlay describes the disease.

Real diseases are a little more complex. Findlay tells the audience that the closest comparison to a zombie is an animal with rabies because of the way the virus in the mouth can be transferred to another animal or person upon being bitten.

“The end goal of a disease is to survive and spread,” Findlay explained. “While antibiotics are the tool of choice, the number one way to stop disease is to wash your hands. Most diseases are transferred through hand-to-hand contact or hand-to-eye contact. Just make sure to wash your hands and avoid anyone licking your eyeballs.”

While the television series CSI: Crime Scene Investigation has been widely popular in trying to depict the work of forensic scientists, much of the content is overdramatized.

Brigitte ‘CSI’ Desharnais, a PhD Candidate in Chemistry and Biochemistry, demonstrated that TV could differ from reality.

When completing a toxicology report, Desharnais explained the average delay is 60 days. But 92 per cent of cases are closed in 90 days. This demonstrates an unrealistic speed the forensic team performs on the show.

Another example of unrealistic forensic expectations is how medical examiner Sheldon Hawkes in CSI: New York runs fingerprints, completes computer forensics, does lab analysis and much more. In reality, scientists are highly specialized in one area of the field.

Finally, Beyond Disciplines ended their talk with the world of nanoscience. Rafik ‘Dr. Nano’ Naccache, assistant professor of Chemistry and Biochemistry, showed the audience that even the most incredible idea can have real-life equivalents on the nano scale.

Many films use nanotechnology to solve problems that range from self-healing cyborgs in Terminator 2 to a three-course meal served in gum form to Charlie and the Chocolate Factory’s ill-fated Violet Beauregard.

But in this case, some elements of fantasy hold true. Nanogels can help control swelling, degrading and can selectively kill disease in the body. Scientists have also been able to create molecular cuisine where you eat little molecule balls that taste like ravioli or shrimp appetizers.

The Beyond Disciplines discussion panel demonstrated that our imagination isn’t as farfetched as we may believe. Each member highlighted a fictional element of science that holds some form of reality.

In the words of professor Naccache, “what is fiction today, may become fact tomorrow.”