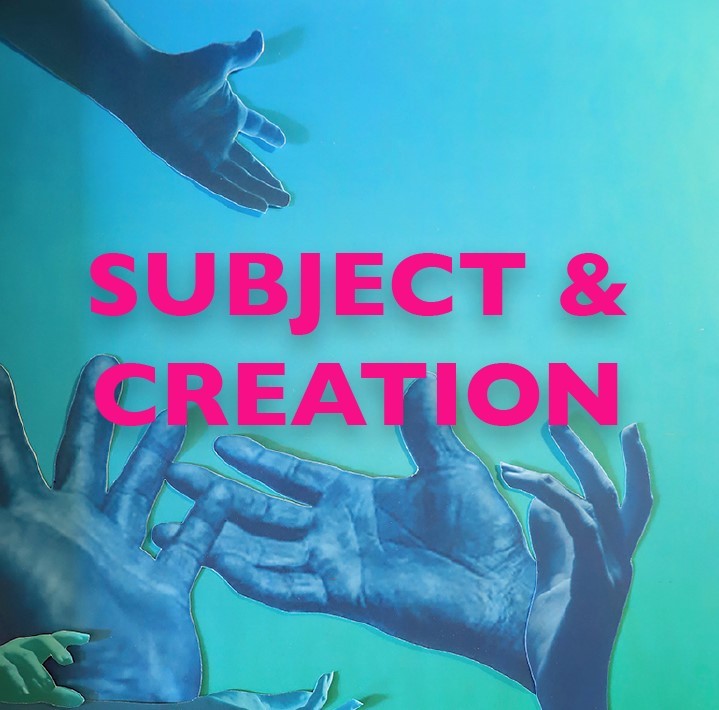 I saw Ōta Shōgo’s Mizu no Eki when his production was touring around the world in the late 1980s. I’d never seen a slow tempo, silent play before. I remember the challenge of giving over my teenage brain to it. I remember the euphoria of being suspended in the temporal world of its characters. I never forgot it.

By slowing down time, by removing spoken language, The Water Station offers its audiences an escape from the world’s cacophonies. It is a manifestation of a death–perhaps not a physical death, but a death of a certain human ego that leads to self-destruction.

Ōta Shōgo developed an artistic aesthetic he called the Theatre of Quietude which explores emptiness of space, silence and slowness. His focus on “being” instead of “doing” on stage highlights human fragility and an existentialist human perspective. In the play, weary travelers encounter an intriguing stream of water and a pile of junk made up from objects other travelers have left behind.

“Subject and Creation” is the name of the course surrounding our adaptation of Ōta Shōgo’s Mizu no Eki. We looked at how we as performers/creators can bring our cultural, gender, physical and neurological  subjectivities into creation, and what are the socio-political and ethical questions come out of that. We questioned our relationships to each other, and the power structures present in our rehearsal practice. We questioned our use of the dramatic material and preparatory techniques, and brought in guest artists to help us navigate this. Our investigation embraced a fluid, non-rules based approach to rehearsal practice founded in a dynamic ethics of creation.

Ōta Shōgo was born in China to Japanese parents in 1939, on the eve of WWII.  As a child, his family, along with other Japanese nationals, were forcibly expelled from China to make the long, difficult journey back to Japan on foot, allowed to take only what they could carry. Shōgo vividly recalls seeing piles of refugees’ most precious belongings that were eventually discarded when they were too burdensome to carry.  These images and the idea of ‘divestiture’ stayed with him, and as an adult he chose to explore those themes through his art. Ōta began writing plays in high school. In 1968 he helped found Tenkei Gekijō (Theatre of Transformation) for which he served as house playwright and artistic director until the group was disbanded in 1988

In order of appearance

Woman with A Parasol, Léa Fournier

The Person in the Junkheap, Julia Pye

The Man with the Huge Load on His Back, Ian Crane

All the team at the CDA, Alvino Alberto Forbes, Anika Paterson

Georgia Leigh Newsam
under the supervision of Raymond Marius Boucher

Get Tickets
Calendar
Submit an event
Latest news
Back to top