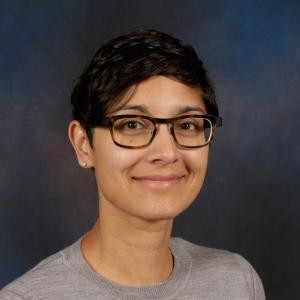 Drawing on her book, "The Emotions of Nonviolence," Dr. Meena Krishnamurthy argues that King’s famous “Letter from Birmingham Jail” is not merely a justification of civil disobedience but is also and perhaps even primarily an essay on political motivation. It aims to address a central problem in democratic theory: namely, how can and ought we motivate the (racially) oppressed to engage in civil disobedience or, as King called it, nonviolent direct action. King’s answer is that we must appeal to the political emotions, both positive and negative. In this lecture, Dr. Krishnamurthy will discuss how rational and legitimate fear can stand in the way of political action and how King hoped to overcome this kind of fear through fearlessness.

Meena Krishnamurthy is an Assistant Professor in the Department of Philosophy at Queen’s University. She is a political philosopher who works on race, democracy, and social movements. She is currently writing a book, "The Emotions of Nonviolence," and a series of related papers on Martin Luther King Jr.’s political philosophy. Her work is about King’s views on the role of the political emotions in motivation to end racial injustice. It explores how he used the various tactics of the civil rights movement (protest, images, letters, and oratory) to engage these emotions and to overcome some of the barriers to political action. This project is a follow up to her earlier piece on King, “(White) Tyranny and the Democratic Value of Distrust.”