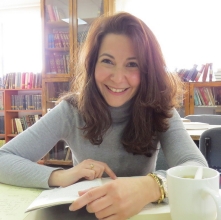 Dr. Angy Cohen, the Postdoctoral Fellow for the 2019-20 academic year, has a BA in Psychology and a MA in Philosophy. She received her PhD in 2017 by the Hebrew University of Jerusalem and the Universidad Autónoma of Madrid in a Joint PhD program. Her doctoral dissertation was a comparative ethnographic study of the relation between memory and identity among Spanish-Moroccan Jews that emigrated to Israel and Argentina. She studied the impact the experience of immigration had on the memories the interviewees evoked in the interviews. Angy Cohen has received different fellowships and awards, including the Gaon Prize for research projects about Judeo-Spanish culture and the Rothschild (Hanadiv) doctoral fellowship.

Besides her academic activities, she is a member of the Beit Midrash (House of Learning) Arevot, lead by Sephardi women who explore Sephardi answers to the challenges of Modernity.

During her stay at the Azrieli Institute of Israel Studies she was preparing the publication of her PhD dissertation and was working on the Spanish-Moroccan religious attitudes in the context of the encounter of Sephardi Judaism and Modernity as it occurred during the colonial period in Morocco.  In addition, she gave a talk on Spaniards, Moroccans or Israelis?

Some of her publications include:

We look forward to seeing all the great results from her research. 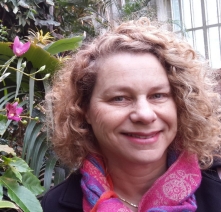 Sigal Barkai, the Postdoctoral Fellow for the 2017-18 academic year, focused her research on the identities of contemporary Israeli artists who have chosen to live in Canada and the United States, or to move back and forth from Israel to North America. Her objective was to examine how these wanderings are reflected in their artwork, in terms of self-awareness, attitudes to the homeland, and choice of artistic expression. She is still interested in the ways these artists represent themselves to non-Israelis as compared to Israeli audiences.

During her stay at the Institute, Dr. Barkai carried out her research on the Israeli visual art around the world.  Her main talk that she gave on campus was In the Eye of the Beholder.

Since leaving the Institute, Dr. Barkai has been teaching at numerous courses for a Diploma in Curation Studies at Kibbutzim College.  She has also published numerous articles and books (mostly in Hebrew) based on her research while she was in Montreal and after.

·      Neurotic Fantasy: The Third Temple as Metaphor in the Contemporary Israeli Art of Nira Pereg and Yael Bartana

·      A stage for masculinities : Representations of Israeli Soldiers in the Theater

·      A Stage for Masculinities, a Hebrew book publication

Dr. Barkai has too many publications to mention, and we are proud to have been a part of her academic journey. 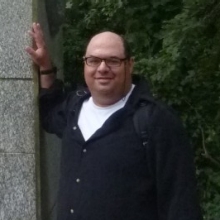 Amir Locker-Biletzki, who was the Institute’s Postdoctoral Fellow for the 2016-17 academic year, is a historian of the politics, culture and ideology of the Israeli Communist Party. He studied History at Tel Aviv University and earned his PhD at the University of Guelph with this dissertation, Holidays of the Revolution: Myth, Ritual and Identity among Tel Aviv Communists, 1919-1965.

During his stay at the Azrieli Institute, Dr. Locker-Biletzki began working on a book manuscript, examining the way in which the Communists in Palestine/ Israel conceptualized the presence of Western (i.e. British and American) powers in the country and the rise of Zionist settler colonialism.  This manuscript is currently in production to be printed by the end of 2020.  He also gave a talk while he was in Montreal on the Settler and the Colonized Consciousness of Israeli Communists.

In the meantime, he has published the following articles: 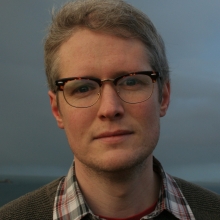 Aidan Beatty, the Institute’s Postdoctoral Fellow for the 2015-16 academic year,  studied History and Political Science at Trinity College Dublin and Ben-Gurion University of the Negev, and graduated in 2009 with a first-class honours degree.  He holds an MA in Modern Jewish History from the University of Chicago and completed a PhD in International History.  His doctoral dissertation was a comparative study of masculinity in Zionism and Irish Nationalism, two minority European national movements, and draws on sources in English, Irish (Gaeilge), and Hebrew.  It was awarded the Adele Dalsimer Distinguished Dissertations Prize of the American Conference for Irish Studies.

During his time at the Azrieli Institute, he revised his PhD for publication with Palgrave-Macmillan as part of their Gender and Sexualities in History series, as well worked on journal articles on Irish nationalist perceptions of Jews and on settler-colonialism in Ireland and Israel-Palestine.   He also co-edited a collection of essays on Irish-Jewish history. In addition, he gave a talk at Concordia University on Belfast in Not Here": Israel's perscpective on the Northern Irish Peace Process.

Thanks to his time at the Institute, he has published his book, Masculinity and Power in Irish Nationalism, 1884-1938 (London: Palgrave, 2016).  In addition, two articles giving the Institute credit:  '"Belfast is Not Here": The Israeli Press and the Good Friday Agreement', Israel Studies, Vol.22, No.2 (2017) and 'An Irish Revolution Without a Revolution', Journal of World-Systems Research, Vol. 22, No.1 (2016).

Additional articles based on Aidan’s work at the Institute are Irish Questions and Jewish Questions, Zionism and Irish Nationalism: Ideology and Identity on the Borders of Europe, Jews and the Irish nationalist imagination: between philo-Semitism and anti-Semitism,  and The Gaelic League and the spatial logics of Irish nationalism.

funding for postdocs
Back to top