David W. Orr: How should universities prepare students for the (hotter) world? 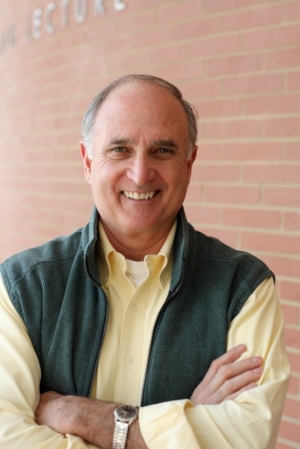 Dr. David Orr began his presentation with a metaphor.  He explained that the collective task of living sustainably can be thought of as a trip that all of humanity must take together. The 7.2 billion people (Earth’s population) taking this trip will have different means of reaching the destination; some will take cars or buses, the most privileged will take private jets however the large majority, 4 billion people, will have to walk. The trip can only be considered successful if everyone arrives. Dr. Orr used this comparison to remind listeners of the global scale of the issue of sustainability and to illustrate the inequalities inherent in today’s environmental struggles.

Dr. Orr continued by presenting the Oberlin Project, of which he is the founder. The project has transformed Oberlin College and its surrounding community by being committed to becoming one of the first climate positive (or “Net Carbon Negative”) cities in America. The project commenced shortly after the construction of the Adam Joseph Lewis Center on the Oberlin campus. This building was the first substantially green building on a U.S. college campus. It purifies all of its wastewater, is powered entirely by sunlight and produces more energy than it consumes. The Adam Joseph Lewis Center was later named by the U.S. Department of Energy as “One of Thirty Milestone Buildings in the 20th Century,” and by The New York Times as the most interesting of a new generation of college and university buildings.

The center also inspired the creation of other buildings in Oberlin from which businesses in energy efficiency and solar deployment, food and agriculture, and the sustainable use of local resources have emerged. Most recently, the Oberlin Project has begun developing affordable sustainable houses. This project has not only reduced energy consumption of buildings which accounts for approximately 40% of energy usage but has also promoted social and economic development in Oberlin College and the surrounding community and in this process has provided students with hands on applications of sustainable development for their studies.

Dr. Orr concluded that to be sustainable, we are required to manage our space effectively, produce our food locally and strengthen our community. His Oberlin Project proves that the University of College setting is a good place to begin this process.

How should universities prepare students for the (hotter) world?

For more than three decades, Orr has been a leading voice in the environmental movement, eloquently championing ecological literacy and sustainable design. In his presentation, Orr addressed the challenges that students graduating from university will face in a world affected by climate change and environmental degradation.

Orr’s presentation explained why training students to deal with environmental issues is becoming essential and how universities can better meet this demand. Furthermore, students learned how they can find career opportunities and apply their skills in sustainability no matter their interests and backgrounds.

This event was hosted by the Sustainable Curriculum Project as a part of the IntegratED symposium on sustainability in higher education. For more information on the symposium please visit http://integratedsymposium2015.com/

David W. Orr is the author of seven books, including Down to the Wire: Confronting Climate Collapse (Oxford, 2009) and co-editor of three others. He has authored over 200 articles, reviews, book chapters, and professional publications.

In the past 25 years he has served as a board member or adviser to 10 foundations and on the boards of many organizations, including the Rocky Mountain Institute and the Aldo Leopold Foundation. He is currently a trustee of the Bioneers, Alliance for Sustainable Colorado, and the WorldWatch Institute. He has been awarded eight honorary degrees and a dozen other awards including a Lyndhurst Prize, a National Achievement Award from the National Wildlife Federation, a “Visionary Leadership Award” from Second Nature, and most recently an award for national leadership from the U.S. Green Building Council.

He has lectured at hundreds of colleges and universities throughout the U.S., Europe, and Asia. He headed the effort to design, fund, and build the Adam Joseph Lewis Center, which was named by an AIA panel in 2010 as “the most important green building of the past thirty years,” and as “one of thirty milestone buildings of the twentieth century” by the U.S. Department of Energy.

He is founder and chair of the board of the Oberlin project and a founding editor of the journal Solutions.