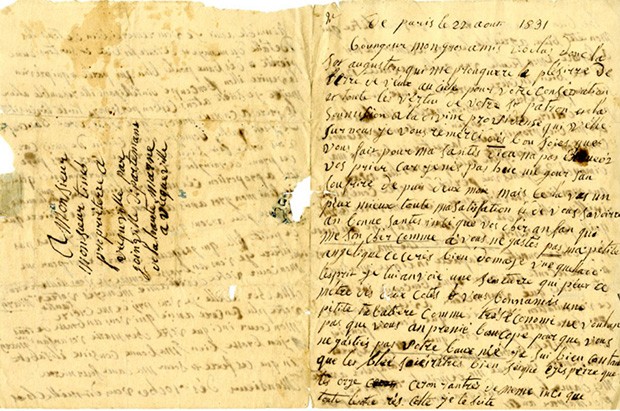 From the Diniacopoulos Family Fonds: a travel diary from 1831.

The Diniacopoulos family once held one of the largest private holdings of Mediterranean antiquities in Canada. Now, thanks to a project undertaken by Concordia’s Records Management and Archives (RMA), researchers from around the world can learn more about the personal and professional lives of the storied Montreal clan.

Olga and Vincent were married in Cairo in the mid- to late-1920s and moved to Paris, where they owned a gallery that sold antiquities. In 1951, they immigrated to Montreal and opened the Ars Classica Gallery. 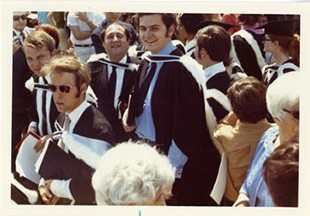 There are also family photographs, negatives and slides ranging from the 19th century to the 1990s, photographs of antiques and artworks, and books and newspapers collected by the fonds’ creators throughout the years.

Olga and Vincent’s son was a professional commercial photographer who went by the name Denis Vincent. He photographed artworks and antiquities, buildings and people, as well as advertising and fashion subjects. Denis also worked as a still photographer on a number of film sets.

A graduate of Loyola College, the younger Diniacopoulos taught “Visual Dynamics” in the Department of Communication Studies at his alma mater, and later at Concordia until his retirement in 1995. He died in 1997.

The fonds attached to his name contains more personal letters, documents, passports and diplomas, as well as various photographs, negatives, proof sheets and slides created by Denis over his career.

You can also find teaching materials that he used and a number of photographs by his students, as well as a number of publications to which he contributed. 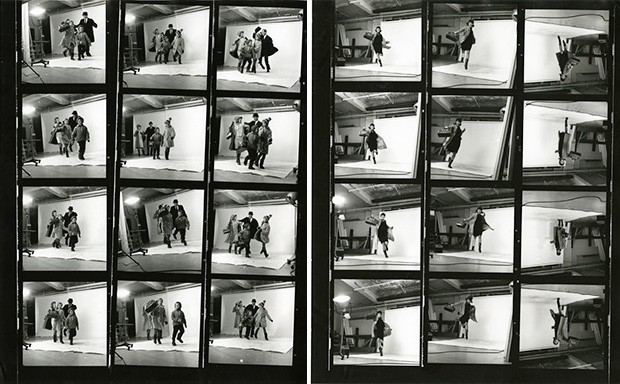 In 1998, Olga Diniacopoulos oversaw the dispersal of the remnants of the family’s vast collection of antiquities to raise funds for a major scholarship endowment at Concordia. Academic research on the remarkable contents of this collection continues.

Records Management and Archives provided links to a few of their favourite items: